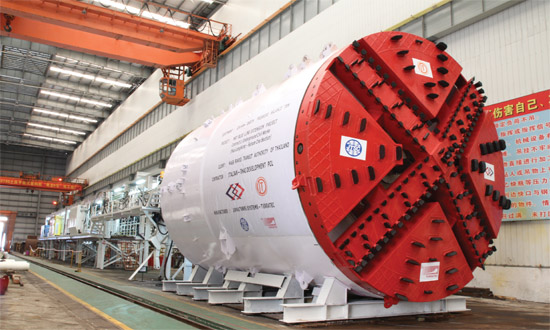 With a major boom in infrastructure development including transport infrastructure to help with traffic decongestion, the urban development authority is focusing more on the expansion of underground infrastructure. Specifically, the focus has been placed on the construction of a metro rail system to meet the large demand for efficient means of transport. In order to expedite the construction work and with minimal inconvenience to the public, large numbers of TBMs are being deployed to carry out the underground construction work, which had contributed to the growth of the TBM market.

Incorporated in 1990, TERRATEC is the world-renowned Australian designer and manufacturer of cutting edge Tunnel Boring Machines, Raise Boring Machines and other custom-made products for tunnelling and mining applications for all ground conditions.

TERRATEC has a robust worldwide presence including India. Having its subsidiary in New Delhi since 2008, it has recently supplied equipment and services for major underground infrastructure projects in India such as: In addition, TERRATEC supports different Mines and Hydro Projects in India with the provision of Raise Boring Equipment and Services.

TERRATEC products are well-known in the industry as robust, durable and safe; basic principles which must prevail in the conception of any equipment made to work in the extreme conditions encountered underground. 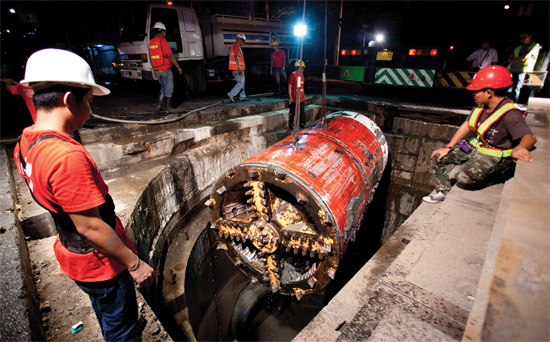 As a provider of Total Tunnelling Solutions, TERRATEC's scope of work extends to include operation and maintenance of boring equipment during the execution of work as well as the supply of ancillary equipment. 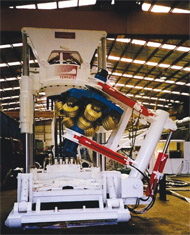 TDR Series Raise Boring Machine to construct shafts up to 2.4m in diameter

Small Boring Machines which do not require the presence of any operator inside the tunnel and is ideal for sewer or power supply jobs in the more congested parts of the cities.

Standard Raise-Boring Machines (TR Series) which are used in mining and civil construction to excavate large diameter single pass (1-6 meters) vertical or inclined shafts in hard rock. The Down-Reaming Machines and Universal Borers round off the product range. The purpose of the shaft can be for ventilation, ore passes or access ways in the mines and for construction of the Race Shafts and Surge Shafts in Hydro Projects.