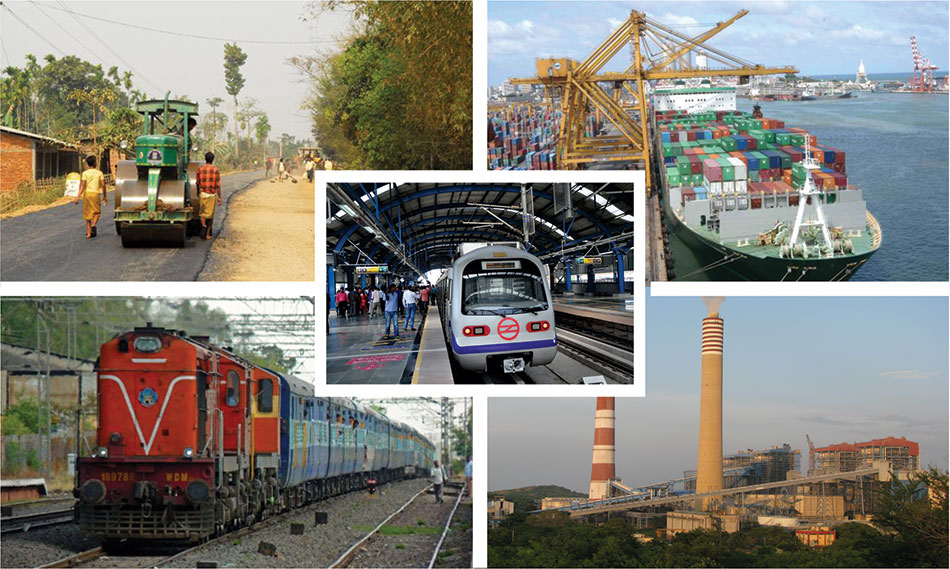 It may be an exaggeration but it is an exaggeration of a vital fact that the economic growth has slipped. It is no secret that the wave of DeMo and GST has affected many sectors of the economy. The PM in his address to the corporate sector, has admitted that the economy has slowed down but that the government is totally committed to reversing this trend in the next few quarters. Lowering the GDP forecast to 6.7 from 7.3 percent, RBI is confident that the economic performance will be better in the coming quarters, but has put the onus of reviving the economy on the government, calling for meaningful structural reforms to arrest the current slide.

Despite all the gloom in macro-economic terms, the economy remains very stable, according to the PM. Statistics showed that several sectors of the economy have recorded double-digit growth during the second half of 2017. He said that the economy has been moving faster in the current three years compared to the earlier three years.

Foreign direct investment jumped 18% to a record level of $46.4 billion with manufacturing, construction, mining, renewable sector registering an annual rise of inflow of 30-35%. A number of states witnessed the biggest spurt in new industrial investments over the past two years, with most new ventures being set up in those states.

Construction of rural roads recorded an all-time high at 1.2 lakh km against 80,000 km of the previous three years. Construction of NHs increased from 4,430 km to 8,231 km with government spending 1.83 lakh crore against `93,000 crore. The road and highway sector is expected to exceed its current highway construction targets thus, creating thousands of manhours for employment.

Railways laid tracks 11.5% faster than the earlier period. This includes laying of new tracks, doubling the existing lines, and converting narrow gauge to broad gauge. Between 2014 to 2017, it laid 7,666 km tracks, 794 km more than the earlier three years. Indian Railways will spend `1,000 crore a month over the next six months to replace old and out-of-date tracks with new ones, for reducing train accidents.

The Power transmission sector recorded commendable achievement by surpassing the 12th plan target, thus, bringing India closer to its ambitious dream of One Nation, One grid, One market. The grid has now more than 3.7 lakh circuits km of high voltage.

The country has invested around `52,000 crore at various airports over the last decade and has plans to triple the capacity of airports.

Core sector growth has rebounded to a five month high of 4.9 percent, while manufacturing PMI came in to 512 in September on the strength of new orders, marking the second consecutive month of expansion. The corporate sector’s credit profile also seems to be improving and the fund raising by companies has been robust.

The current buoyancy is not confined to urban areas alone; it has extended to rural areas with tractors sales going up by 34% and FMCG products sales in the rural areas increasing. The need of the hour is to capitalize on the possible recovery, sustain the momentum and use the opportunity to increased next potential performance.

These are some early signs of recovery, but it may be too early to jump to a conclusion. Nevertheless, things are beginning to settle down and we are on the recovery path, says the finance secretary.

While all this is certainly heartening, we should not be overwhelmed by rhetorical claims or counter claims and not miss the woods for the trees. A number of issues still need to be addressed to overcome growth hiccups. The first and the foremost is sorting out the GST glitches and arriving at a suitable fitment of tax slab for various sectors of the economy. Although, the government has recently tweaked GST rates but a lot more is needed to have an even kneel, including trimming of the list of products and services in the highest bracket of 28%.

Government’s current track of promoting direct employment remains bleak as its plans to create 100 million jobs under Make in India programme, has made no impact in boosting employment generation in the country. This is worrisome and is belying the hopeful expectations of the 340 million youths who were promised good times ahead as far as job opportunities were concerned.

The urgency of accelerating growth in sectors like agriculture, manufacturing, and construction, which are regarded as the beacon of job creation, cannot be understated. Promoting demand and improving value added supply chain is another challenge. Creating a more enabling environment to attract private investments, reviving stalled projects and introducing innovative project management, project implementation, and monitoring to ensure that projects are completed on time and the benefits accrued thereof, are passed on to public sooner than later, are the other issues to be tackled. Delays in the execution of projects postpone these benefits and shake public confidence in the management of and implementation of projects. The recent move to go in for the Swiss Challenge method for awarding infra projects is a good move to bring in speed, efficiency, and put an end to allocate projects on political and other extraneous considerations.

Regarding attracting private investments, it is an irony that despite India being a land of 700 multi-billionaires, there is a draught in private investments in the country. While some of them have moved fast to integrate themselves in tune with the national investment policy without bothering much about ROI others continue to confine themselves to the narrow concept of ROI and are reluctant to integrate themselves with the national mainstream investment policies. However, they are investing overseas, unmindful of the financial risks and uncertainties that are far greater than those in our country. Why the impact of low private investments needs to be ameliorated by the government’s increase in spending, and why the government’s increased spending could not motivate the private sector needs introspection. Revival of investment cycle does not depend upon government spending alone. The private sector needs to adjust its business priorities and revise its business models in tune with the emerging economic realities. It enjoins upon all—private and public entities - to participate in the national infrastructure development plans more proactively for rejuvenating and invigorating the economy and tackling GDP’s lackluster growth.