Merits and demerits of EPC/Turnkey Contracts as spelt out by FIDIC are given below.

Turnkey contract for the project as a whole 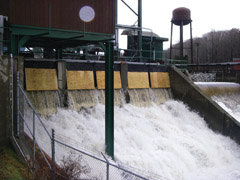 In this type of contract, a team of contractors typically join together and form a consortium to bid for the whole project with the obligation to undertake additional investigations, design, construct, supply, erect, test & commission all the components of the project in accordance with the Owner’s requirements.

Recommendations of FIDIC for use of turnkey contracts 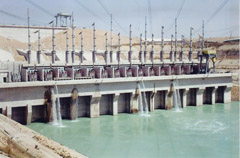 FIDIC has recommended that the turnkey mode of contracting should not be used under the following conditions:
EPC/Turnkey contracts – means that the contractor undertakes to design, procures and constructs a project based on data pertaining to location, accessibility, roads, power supply, status of land acquisition, forest clearance, environment clearance, rehabilitation and resettlement, power transmission arrangements desired production voltage. In addition, a P.F.R will be given which includes details of hydrology, conceived layout, geology of area and specifically in location of all structures, any obligation to release a minimum quantity of water between head works and tail works, seismicity of area and proposed earthquake parameter. 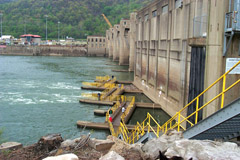 The contractor will work out his price based on the inputs given in the above para and provide a certain percentage for contingencies to take care of minor variations. If during model studies and seismicity coefficient studies major changes in design of structures are required for safety of the structures cost of these shall be paid to the contractors at rates given in the annexure to his contract or at mutually agreed rates.

In short if a hypothesis of a transparent contract is taken then the execution of a turnkey contract can be done in time and minimum cost overrun.

Examples of two EPC contracts giving details of disputes are given below:

Incentive for completion of the Chamera Hydro Electric Project ahead of schedule by four to nine months by extra efforts and deployment of additional resources.

Contractor’s stand:
Owner’s stand:
Interest free advance of Rs.10 crores paid as incentive against a bank guarantee was recovered by NHPC with interest from the Contractor, even though the Project was completed four to nine months ahead of schedule and the Owner earned lots of laurels and revenue from early generation.

The debt/equity ratio for such projects was mooted as 70% & 30%. The cost of the project is recorded by a tariff arrived at as per guidelines given in power policy of 1995.

Since the borrowed money was at an interest rate of more than 12% the cost of money was the single biggest item of cost and could only to economized by executing work at fastest speed to reduce the quantum of interest. To give an example a 300 MW Baspa project had an interest plus revenue of Rs. One crore per day. This indicates that the company executing the project could do it only if he is working on EPC contract. In EPC contract the dependence of the EPC contractor on the owner is very minimal. Successful projects executed in time are Baspa II 300 MW, Vishnu Prayag 400 MW, Omkareshwar 520 MW. The first two projects were on BOO basis and Omkareshwar was on BOT basis. 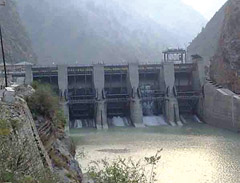 Success of hydro project implementation is good cash throughout the construction period. In an event of a stoppage of work for reasons not attributable, the executing agency a dialogue and relief to get over the problem needs to be implemented by the owner. Shinning example of this is DMRC execution and bad example of such execution is Parvati Stage-I being executed by NHPC.

A contract document for execution of hydro projects is being finalized by GOI, Ministry of Power which is primarily designed to get over such difficulties.

The concept is to make the owner responsible for all his obligations including details given by him in DPR and also a provision is proposed to be made for star prices of cement, steel, petroleum products, labour etc. so that there is no cash flow problems arising out of increase in prices of these commodities beyond what are conceived in the contract.