India faces serious water supply problems in many cities and hence measures have to be taken to conserve water or recycle the existing water. Greywater recycling is a very good technology through which the problems of water supply can be eased. Greywater means the household wastewater which has not been contaminated by toilet discharge water and thus includes wastewater from bathtubs, showers, bathroom washbasins, clothes washing machines, sinks and laundry tubs.

Schneider (2005) defines "Greywater" as "wastewater having the consistency and strength of residential domestic type wastewater. Greywater includes wastewater from sinks, showers, and laundry fixtures, but does not include toilet or urinal waters. He also states that if intended for applications other than subsurface irrigation (e.g. toilet flushing), greywater should not be stored unless biologically treated and disinfected. Left untreated, stored greywater can quickly become septic and develop a population of anaerobic bacteria that will proliferate and create noxious odours. Odours generated by storage prior to subsurface irrigation (i.e. within a septic tank) should be properly managed and ventilated in such a way as to not become a nuisance or result in accelerated corrosion of concrete structures (e.g. concrete septic tank, pipe, or distribution boxes).

Jarque et.al. (2008) recommends the direct reuse without storage as it minimizes the problems of microorganism growth and odor. However, even if storage is not required, each greywater system should be capable of handling sudden foreseeable inputs of greywater (for example from a bath being let out, or a washing machine rinse cycle) without overloading or saturating the soil

The potential economic benefit of supplementing water supply resources with the use of greywater is making it an issue of great interest to water authorities. Greywater reuse in gardens has the potential to replace about 18% of the current domestic water demand. In the Melbourne Urban System, this translates to overall savings of roughly 60 giga litres a year according to Shipton (2003). It has been estimated (Lechte, 1992) that water savings in the range of 18–29% for an average household could be achieved by reusing greywater.

Greywater is relatively clean but does contain significant quantities of food particles, grease, hair and detergents which can be difficult to filter and can clog membranes. Grey water can be used for flushing the toilet and garden irrigation, or for washing cars etc. It makes sense to use the cleanest source of grey water first, i.e. bath and shower water, followed by water from the bathroom sink. However, the main problem with grey water is how to deal with its storage. Within 24 hours of being stored without treatment, grey water goes "black" i.e. septic, but the technologies have developed in western countries which treat this grey water and convert it to usable form. 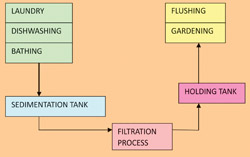 Figure 1: Typical Grey Water Recycle Process
In India, people use water carelessly in washing clothes, bathing etc due to which per capita per day consumption has increased to more than 250 liters which is comparatively very high in comparison to per capita per day consumption in countries like Australia (85 liters) and this major difference is generally because of careless use by people. If such technologies are used in our country of reusing water in flushes or for irrigation a large quantity of water can be saved and per capita per day consumption can be decreased to a greater extent. If proper care is taken at construction stage of building and proper plumbing is done, then the cost of having dual pumping system will not exceed more than few percentage of project cost.

Data for the analysis of the economic feasibility of such systems was collected from two sites which are located in Mumbai and Ahmedabad respectively. Both sites have employed different versions and capacities of the greywater recycling systems. As the market for such systems in India is still at a nascent stage, they are not available readily in the Indian market. Thus foreign systems are used at both locations and the data for the same is given in Table 1. Case 1 is 3-BHK green building apartments which are being developed by a private developer and are nearby the developing Bhandup (Mumbai) area. There are in total 4 blocks which contains highrise apartments of 20 floors each and each floor has 2 flats. This makes a total of 40 flats per block. Grey Water Recycling system was installed for every such block and the details of the following are as follows.

Figure 2: Cash Flow Diagram of GWR System for Case I
Life Cycle Cost (LCC) of such systems will prove as a very good tool for actually measuring the economic feasibility of such systems as it would overcome the initial bias regarding such systems on the basis of initial costs and would also incorporate all costs associated with such systems during its lifetime which is a more realistic scenario. Components to be considered or the factors that are needed to be calculated for the particular LCC for the GWR System are given below. It is assumed that the economic life of the project is 20 years and the interest rate would be on an average 10%. Salvage value would be zero for this case as the systems would not be usable and cannot be salvaged. Costs to be considered while calculating the life cycle costing for the Case I and II are mentioned in Table 3 and Table 4 respectively. The corresponding case flow diagrams are presented in Figures 2 and 3 respectively.

Figure 3: Cash Flow Diagram of GWR System for Case II
Similarly, the LCC for the second system which is proposed for Case II is calculated and the assumptions are the same where the interest rate is taken as 10% and the economic life of the equipment is taken as 20 years. Additionally, no salvage value is considered as the equipment will not be of any use after the economic life period.

Thus from the above data we can apply the LCC formulas and find out the total cost of the implementation and maintenance of such systems which will help us in deciding whether the systems are actually feasible or not. The calculations are done as shown in the Table 5. The final costing is calculated in terms of cost / year / m2 of area which will be a helpful data in calculating the costs incurred by the residents according to the built up areas of their own houses.


There is a considerable difference in the initial cost, as well as in the maintenance costs of the two systems. But the initial cost which is the most important parameter in our study is quite high for Case II and hence this system appears to be less feasible. The LCC of GWR system of Case I is observed to be Rs. 4645 / m2. and for Case II it is Rs. 5350 / m2. The owning and operating cost of the system for Case I is computed to be Rs. 390 / year / m2 and for Case II it is about Rs. 447. Considering a coverage area of about 80 m2 apartment for Middle Income Group (MIG) family the owning and operating cost would be Rs. 31,200./year which will amount to Rs. 2600. /month.

Considering the analysis of the above study, it is observed that the application of the Grey Water Recycling System is quite feasible in HIG housing schemes, but in affordable housing schemes the system seems to be less feasible. This is due to the higher initial costs and adequately high costs of operations and maintenance. Trends show that these models are quite successful in Western countries. With advancement of technology coupled with the increase in per capita income of urban households, the technology has tremendous potential and applicability in an emerging economy like India. Considering the rapidly increasing demand in per capita consumption of water in India, such systems would be inevitable in the future and hence extensive research is very important in this area. The systems could be made more economic and affordable by studying in details the system components and applying value engineering studies.