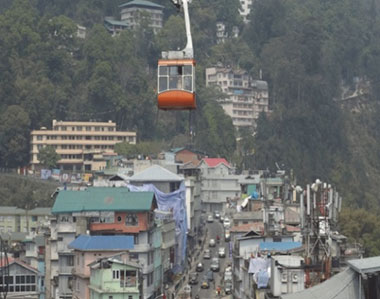 Figure 1: Gangtok Aerial Ropeway, Sikkim
The availability and usage of different motorized modes of transport not only affect the environment but also contribute to global warming and climate change. Similarly, planning, designing and development of transport projects and construction of transport infrastructure also impact the environment and therefore environment considerations and their assessment is vital. It is well known fact that transport has significant detrimental effects on both built and natural environment along with human beings. Such effects have lifelong impacts and therefore the same may be mitigated at different stages of planning, designing, construction and operation. In this context, it is important to carry out the assessment of the consequences of programs, policies and projects related to transport on environment at micro and macro level.Environmental Considerations in Transport 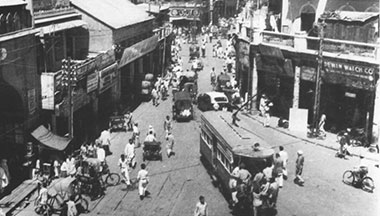 Figure 2: Revival of Trams in the Walled City as Part of the Shahjahanabad Redevelopment Plan (HT Photo published in HT Delhi Edition dated 24.01.2017)
Transport is a means to carry man, materials, machines, goods, etc. from one location to another location by using various methods/modes. In fact, it involves mobility of people, carrying of goods, and delivery of services from local level to global level. In other words, such mobility needs creation of world class transport infrastructure, environmental sustainable modes of transport and good governance. On the contrarily, such transport infrastructure projects / plan implementation/policies formulation have repercussions on various environmental components such as air quality, noise pollution, carbon emission, public health, etc. Therefore, environmental considerations are important to assess in plan formulation and project implementation which is described in Table 1.

In other words, Strategic Environmental Assessment is a process:Further, Strategic Environmental Assessment, as a part of systematic decision support process for statutory & non-statutory proposals, other policies/plans/ programs, may be focused on impact assessment and improvement strategies. The same may be emphasised on good governance, institutional setup, scientific ways to policy formulation mechanism, and public participation which are directly and indirectly dealing with/affected by environmental, social and economic effects of program, policies and plans. Furthermore, SEA may be applied widely and apparently to assess policies and programs prepared by the Govt. through suitable methods and effective techniques.

In India, Strategic Environmental Assessment in Transport Policy, Program, and Plan has not yet been considered by the Ministry of Environment, Forest and Climate Change, Govt. of India but its considerations at Policy, Program, and Plan formulation stage can be helpful to understand and choose various options and planning interventions at macro level. Finally, selection of such actions, interventions and activities may help to choose projects which have minimum impacts on the environment in long term even after 5 to 10 years. Table 2 describes various steps to conduct SEA in transport policy and program.

It was an initiative taken by the Govt. of Gujarat with the help of World Bank to improve the State Highways. It was aimed at widening and strengthening a set of economically feasible State Highways. The project feasibility study selected 8 18 km of roads for improvement with the available budget. The environmental team undertook the Sectoral Environmental Assessment (SEA) for the total 818 km of roads. The objectives of the SEA were:The major components of Highway programs and SEA outputs have been described in Table 3.

Figure 3: Aerial Ropeways in Singapore
Modern transport is technology driven vehicles which carry both men and materials. The selection of technology depends on various factors such as to meet travel demand, urban fabric, density pattern, life-cycle costs, environmental impacts, etc. The conventional public transport systems such as MRTS, BRTS, LRTS, buses, etc. have their own importance to meet travel demands in respective areas. Contrarily, the same may not hold good in mountainous areas and hilly terrains due to geographical, topographical and natural constraints. In this context, several unconventional transit technologies are developed with specific purposes for specific geographical regions/areas to provide comfortable, environmental sustainable and efficient mobility. One of such technologies is aerial ropeway(cable car) which is widely used in geographical constrained areas and areas with topographical barriers.

As per EIA Notification 2006 (amended in 2009 and 2011), all Aerial Ropeway Projects falls under “Physical Infrastructure including Environmental Services” category need Environmental Clearance which details are given in Table 4.


During 2010, then Ministry of Environment and Forest, Govt. of India decided to bring out EIA Sector Specific Manuals for 37 development projects and “EIA Guidance Manual for Aerial Ropeways” is one of them. The manual of each sector contains Model TOR of that sector, technological options, process for cleaner production, waste minimization, monitoring of environmental quality and procedure of obtaining environmental clearance under certain regulations.


Aerial ropeway (Cable Car) is known as aerial tram, sky tram, aerial tramway, etc. and also called as Udan Khatola, Gagan Khatola, etc.in India. It is considered as Environmental Sustainable Transport (EST) due to following reasons: Further, the suitable Cable Car technology may provide viable and feasible transit mode and development of aerial ropeway fulfills all three criteria of smart city i.e.In Indian context, there is lot of potential to explore the use of aerial ropeway as mass transit. The Govt. departments, transport agencies, cable car manufacturers, etc. need to take interest and initiatives to use and promote the same as alternative mode of transport.

Now-a-days, varieties of transport modes are available in Indian cities. Instead of putting a new system, there is always scope to upgrade the existing system from low capacity to medium capacity with less travel time and more comfort along with modern facilities within affordable cost. In this context, revival of tram and a shift from tram to Light Rail Transit have its own potential to change the face and image of public transport in small and medium sized Indian cities. 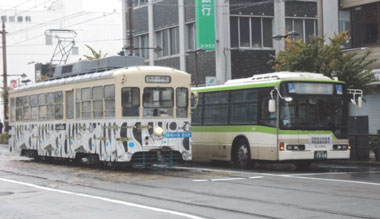 Figure 4: Road Space for Tram and other Modes of Transport, Toyama (Japan)
Trams were first introduced in Delhi in 1908 but the service was stopped due to congestion in 1960s. In July 2015, the Govt. of Delhi had planned to reintroduce trams as public transport in Chandani Chowk area but the same was scrapped due to high infrastructure cost (i.e. Rs 800.00crore for 4.3 km long track) and it was decided to run e-buses in September 2015. After the interfering of the Hon’ble Delhi High Court in January 2017, Shahjahanabad Redevelopment Corporation has been assigned to prepare a comparative study of plying of trams and e-buses in the Walled City of Delhi.

However, DMRC has prepared DPR for Tramway System in Chandani Chowk Area, and environmental study was carried out for the proposed alignment in April 2015. The impacts were assessed for various phases of project cycle. The impacts were categorized as negative and positive due toFurther, areas of tree plantation cleared needs to be replaced according to Compensatory Afforestation Policy under the Forest Conservation Act, 1980. Trees need to be planted against every tree felled as per norms by the Forest Department, Govt. of Delhi.