Effects of Blast Loading on Engineering Structures – An Overview 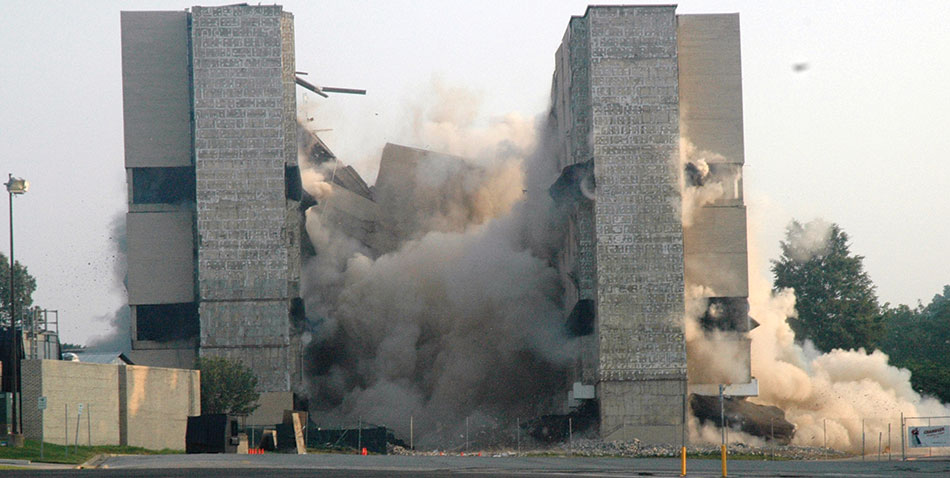 The present study aims at providing an overview on the blast loading and blast effects on engineering structures. The use of vehicle bombs to attack city centers has been a feature of campaigns by terrorist organizations around the world. A bomb explosion within or immediately nearby a building can cause catastrophic damage on the building’s external and internal structural frames, collapsing of walls, blowing out of large expanses of windows, and shutting down of critical life-safety systems. Loss of life and injuries to occupants can result from many causes, including direct blast-effects, structural collapse, debris impact, fire, and smoke. The indirect effects can combine to inhibit or prevent timely evacuation, thereby contributing to additional casualties. In addition, major catastrophes resulting from gas-chemical explosions result in large dynamic loads, greater than the original design loads of many structures. Due to the threat from such extreme loading conditions, efforts have been made during the past three decades to develop methods of structural analysis and design to resist blast loads. The analysis and design of structures subjected to blast loads require a detailed understanding of blast phenomena and the dynamic response of various structural elements. This paper presents a comprehensive overview of the effects of explosion on structures. An explanation of the nature of explosions and the mechanism of blast waves has been highlighted.

In recent years, due to the increase in terrorist activities throughout the world, historical structures or structures of importance are exposed to threats from blast induced impulsive loads. Also, with the use of recently discovered chemicals and advancements in technology, blast magnitudes have increased [12]. Explosion within the structure or nearby structures can cause sudden or catastrophic damage to the building’s external and internal structural frames, collapsing of walls, blowing out large windows, loss of life and injuries to occupants, etc. Therefore, the structures are to be designed for an adequate level of blast resistance. However, designing of structures to be fully blast resistance is not realistic and economical [14]. But with the help of current engineering and architectural knowledge one can enhance the new and existing structures to mitigate the effects of an explosion resulting due to blast.

It can be defined as the sudden conversion of potential energy into kinetic energy with the production and release of gas under pressure. The sudden liberation of energy causes increase in temperature and pressure so that the materials present are converted into hot compressed gases. Since these gases are at high temperature and pressure, they expand rapidly creating a pressure wave which is known as shock waves. It is a thin transitive area propagating with supersonic speed in which there is a sharp increase of density, pressure, and speed of the substance. They arise when the speed of the source wave is greater than the sound wave. A shock wave in air is generally referred to as blast wave [11].

Explosions can be classified based on their nature as: In physical explosions, energy is released from the catastrophic failure of a cylinder of compressed gas, volcanic eruptions or even mixing of two liquids at different temperatures. In chemical explosions, fuel mixes with air or another oxidizer and results in rapid combustion reactions and gets ignited. These combustion explosions can involve a fuel in the form of vapor dust or mist reacting with water. In nuclear explosion, energy is released from the formation of different atomic nuclei by fusion or fission. Materials used to produce nuclear explosion by fission contains isotopes of uranium and plutonium, whereas, in nuclear fusion, a pair of light nuclei fuse together to form nucleus of heavier atom. In electrical explosions, energy is released from an arc event or other electrical failures [1].

Explosions can also be divided into two categories: Explosive

It is defined as a material which is capable of producing an explosion by its own energy. High performance explosive possess the ability to release the energy over a very small time period. The energy released is in the order of 8km/sec [10]. 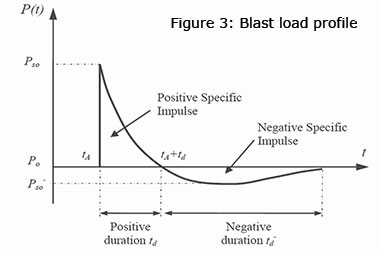 The materials used for structural construction are sand, aggregates, steel, and advanced light weight material such as foams, composite, etc. Lightweight energy absorbing materials results in lower peak reflected over pressure. These materials have shown high potential for the application in blast mitigation in the form of sacrificial blast walls. Other materials such as shock-proof glass, indestructible plastic, and blast- proof fabric, etc. can also be used [12]. 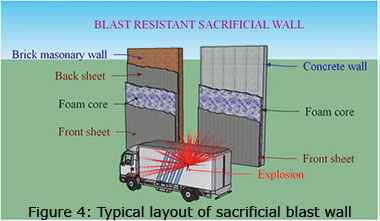 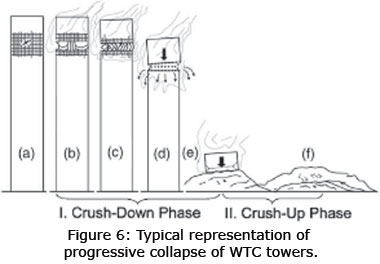 On 11th of September 2001, the Twin Towers were attacked by aircrafts which lead to the collapse of the towers. The combined impact of the aircraft and the fires induced in many storeys caused the progressive collapse of the towers. The burning of the jet fuel developed temperatures in the range of 600-8000C in the steel. Under these conditions of prolonged heating, the rigidity and strength of structural steel were reduced. This caused further progressive local element failures in addition to those failed from initial impact. The primary explanations for the failure suggested that the connections of the floor supporting trusses to the frame tube column were not strong enough. The visco-plastic buckling of the heated and overloaded columns caused top part of the tower to fall through the height of at least one storey and then showed that the kinetic energy of the impact on the lower part must have exceeded the energy absorption capacity of lower part (Fig.6) [21].

From the obtained results of this case study, we can conclude that Reactive Powder Concrete (RPC) can be a very effective material for blast resistance. 100mm thick Ultra High Strength Concrete (UHSC) panels perform extremely well with minor cracks, whereas, 75mm thick panels suffered moderate damage. Pre-stressed panels were able to sustain considerable deflection under very high loading rates and UHSC panels eliminate the risk of injury or damage caused by concrete debris as they do not break-up into fragments when subjected to blast [3].

Effect of blast on bridge pier 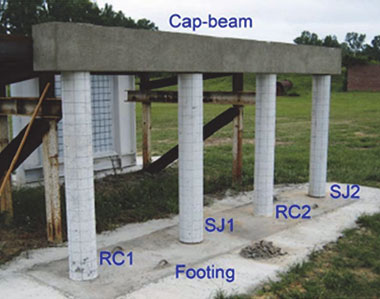 An overview on blast/explosions and their effects on engineering structures were highlighted. Case studies and experimental works involving blast loading were discussed and a brief overview is brought out. These include the study of WTC Twin Tower collapse, the study of UHSC concrete panels subjected to blast loading and the effect of blast on bridge pier. This paper throws light on various blast response mitigation strategies to be incorporated at the design level and include the concept of standoff distance, use of sacrificial walls and geometrical shapes of the structure which plays an important role in response to the blast pressure. The construction materials to be utilized in blast-resistant construction were also taken into account which included lightweight materials like lightweight concrete, composites, foams, etc. Thus, we can conclude that the structures cannot be made completely blast-resistant but the effects can be de-emphasized by above mentioned mitigation measures. Also, when structures of significant importance are prone to terrorist attacks, it becomes necessary that we make the structures blast-resistant for missile attacks or vehicle bombs for which studies have to be further carried out by considering the concept of dynamic plasticity.