Watershed developments in the highway ecosystem during 2017 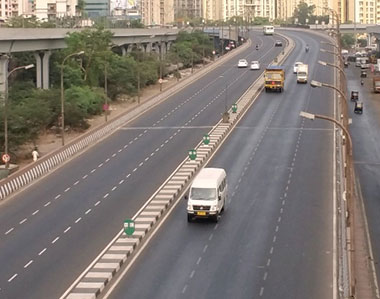 The year gone by witnessed several structural changes, in fact, watershed developments shedding off developers concerns, stress and strains retarding the progress and growth of the road and highway sector. The year 2017 instilled both quality as well as quantitative improvements in the sector through pragmatic policy measures taken by the government. According to ICRA analysis, ‘there was a sharp rise in execution pace by about 37 percent followed by 35 percent growth in FY 2017.” Sharp focus on project execution and implementation resulted in cost and time overruns decline by over 11 percent in FY17.

The year ended with PM’s announcement to invest Rs.90,000 crore on building an efficient road network in northeast in the next two to three years.

It may take some more years to bridge current road infrastructure gap, but there has been tangible progress on ground in the last 2-3 years, says a FICCI report.

If 2017 was the year of qualitative easing of functioning of the highway ecosystem and its expansion and coverage in the country, 2018-19 will see action heating up to synchronize and consolidate the gains of the aforesaid structural changes to address various bottlenecks hindering sector growth, and bolster seamless highway connectivity through creation of new highway infrastructure as envisaged in the 5 years highway construction plan announced by the government.

From time to time, based on the feedback of the developers, a number of far-reaching policies and measures were taken by the government to smoothen highway sector’s operations in terms of steep decline in high-risk projects, extending financial support for languishing projects, termination of stuck-up road projects, and their subsequent rewarding etc. But the far most significant development was the announcement of the biggest ever plan involving Rs.6,92 lakh crore investment to develop and construct 83,822 km of roads, highways, and expressways.

The national highway network is spread over one lakh km now, with the government planning to increase it to almost two lakh km over the next few years.

The average daily construction of roads during 2017 which had dropped to as low as six-seven km a day a couple of years back, was restored to 24 km a day. This is expected to improve further as the plan (bigger than the earlier NHDP) is initiated next year, said the road and highways minister.

A critique on results

Analysts opine that in the times to come, the highway sector could be the hottest infrastructure segment in terms of growth and investors return as the annuity and hybrid annuity projects become operational. This is likely to ensure steady and stable cash flows over the concessional period for the developers. Today, due to these measures about 80% of the operational portfolio comprising nearly 100 BoT projects are at low risk in terms of debt servicing, says a Crisil report.

During 2017, The Hybrid Annuity Model (HAM) which was meant to attract the elusive private equity developers, was not only fine tuned, but gathered pace. A majority of the 78 stretches awarded (entailing a total investment of 1.25 lakh crore) attained financial closure, thus proving the success of HAM as a substitute for pure PPP projects to attract private investment in the road and highway sector. Apart from improving developers order inflows during 2017 at Rs.48,000 crore, the order book at the end of FY 18 is expected to be at least Rs.1 lakh crore as per government data. The new mid-sized construction companies raced ahead in the road sector - replacing the behemoths being caught in a debt trap. They are managing the highway business more efficiently, and getting new orders and clocking higher revenues and profits.

The Government’s offer to roll out a TOT (toll-operate-transfer) model for maintenance of existing highways was an added attraction for the developers, which drove investors frenzy in the road sector as it ensures a reasonable 12-13% internal rate of return to them.

Positive developments on the regulatory front not only led to better confidence of developers, but activated M&A deals in the road space attracting both new domestic and global investors like IDFC Alternatives, Brookfield Asset Management, Canadian pension funds, and they are actively scouting for road projects and assets in India. This is expected to brighten the business opportunities for the construction and allied industries like cement, steel, and construction equipment.

Supplementing government’s measures to keep the tempo of developments in the highway sector, the government, proactively addressed the road projects execution and bottlenecks and improving developers liquidity position by releasing 75% of arbitration award against bank guarantee, compensating concessionaires for delay not attributed to their faults and other regulatory changes. This has resulted in healthier performance of the sector as well as the stakeholders associated with it, with multiplier impact on construction and allied industries, including the construction equipment sector.

The aforesaid developments taking place at a faster pace and priority are expected to continue till the government’s recent most ambitious road construction plan concludes in the next 4-5 years. It has the potential to transform the highway sector as the beacon of infrastructure development in the country, and the key enabler for economic growth.