Smart living through smart products and services is today a worldwide trend being promoted by IT companies. These companies are putting lot of efforts and resources to create useful digital solutions for promoting business, trade and commerce. Digital solutions including the Internet of Things (IoT) have become a game changer for industries such as utilities, manufacturing, automotive, transportation, logistics and even infrastructure development. In the light of these developments, Union transport and highways minister’s unveiling his concept of” smart highways” is very relevant and important, wherein the new emerging new technologies could play a pivotal role in improving and strengthening highways and making them smart. Impact of application of new generation technology is clearly visible in some of important ongoing infra projects across the country. As at work place, the scope and application of new technologies and processes expands, it has the potential for automating a number of time consuming, repetitive and less value-added tasks to improve productivity and efficiency, thus freeing up employee’s time to pursue more challenging jobs awaiting them. 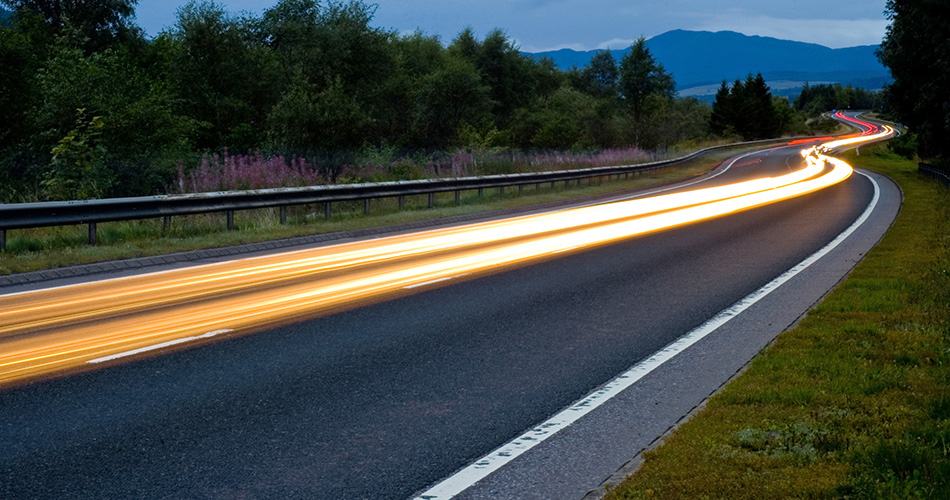 Launch of Smart City Mission in 2015 has indeed heralded an era of new generation technologies into infrastructure development work across the country. Project planning, execution and implementation agencies are bringing into practice elements of IoT and taking advantage of these techniques. After SCM focusing on these new techniques, Indian Railways has been quick enough to embrace smart technology by introducing wi-fi at its railway stations. Till date, around 690 railway stations have been equipped with wi-fi facilities. In addition, IR is on its way to introduce smart coaches with features such as bio-vacuum toilets. As per IR estimates introduction of these on new coaches would save 180 kilo litres per coach with annual saving Rs.150 crore on 55,000 coaches.

Quantitative and qualitative improvements have taken place in the power sector with India emerging as a net power exporter with surplus power exported to the neighbouring countries. Innovative improvements in the transmission segment with modern Grid systems at the state and national levels and reduction in power losses from 39% to 24% have benefitted the consumers facilitated with smart power meters. All of India’s 5974 464 census villages have finally got power, making a milestone in India’s history setting stage for universal household electrification, with all getting electricity connections by December 2018.

In the aviation sector India has moved to 4th position from 7thposition 2-3 years back in aviation market with state-of-the-art terminals, airports infrastructure coming up in the country.

“Housing for ALL by 2022” programme is progressing well with government planning to construct 10 million houses by 2022 to ensure that everybody has a house when the country celebrates its 75th Anniversary of India’s Independence. The PM has urged the housing sector stakeholders to apply new and cost-effective techniques and evaluate 3D construction technology in 25 major cities to give a push to affordable housing scheme through pre-fabricated or modular construction techniques to speed up housing projects. In their digital journey, the construction sector should increasingly apply “generative designs” which are going to be the next frontier for the construction companies, say experts.

The road and highway sector has taken a big leap from being a dormant sector to a vibrant sector. It looks to build 45 km of roads per day in 2018-19, up from 25 km a day. The total award target for the highway sector has also been increased to 20,000km from 17,055km that was awarded in 2017-18. The construction target for 2018-19 has been set at 16,430 km , of which 9,700 km will be constructed by the NHAI and 720km by National Highways and Infrastructure Development Corporation. A series of measures have been taken to decentralize work and streamline land acquisition thus helping highway sector to gain momentum. States have been empowered to appraise projects worth up to Rs 1200 crore and call for tenders. In a change of tack, the government is very keen to build more Greenfield highways rather than expanding the existing. It is trying to bring the cost of the projects by adopting new construction methodologies including new alignments. Decision to monetize highway projects is another smart move. Through this the government plans to monetise nearly 100 highways to garner Rs 1.5 lakh crore to complement resources for the highway sector. The plough – back would complement budgetary outlays and smartly boost much needed allocation in the highway sector.

“My dream is that people will soon zoom on smart highways, said Natin Gadkari, minister for road transport and highways, in informal interaction with the media persons, including the author. Explaining his concept, he said, a smart highway is green, which means there is plantation all around the road. In case of space constraints, there could be vertical gardens. There is a system installed where one can get SMS alerts on traffic and medical requirement in case of an accident. Power needs are served through solar energy on the NHs, no red lights, street lights equipped with solar panels, no parking woos., sound and air pollution free environments are the other features. These highways should provide speed and have local markets, restaurants, shopping complex where the local residents get employment. A prototype of this has been prepared through the Eastern Peripheral Expressway, and soon the coming highways and 7 expressways. A project to install the radio frequency identification technology (FIDR) has been undertaken, which is aimed at avoiding congestion at the border areas and collection of toll. The system will work faster than the manual process of collecting toll and help reduce traffic jams We are trying to use national highways to land airplanes and helicopters, especially in the North –East region, building all –weather connectivity in the regions of Jammu These are all ways how India has been building smart roads and highways”.

Road and highway sector is one good sector that can give momentum to such an idea, said a senior official of the ministry connected with these developments.

A friendly landholding scheme for the farmers is being launched as part of Smart Highways. Under this NHAI, will let the farmers change land use from agriculture to commercial. For example, if a farmer owning 2.6 acres of land can develop these land parcels into highway nests or highway villages with prescribed services ranging from quality food courts to clean washrooms and comfortable resting facilities for highway users, he gets added incentives. These facilities will get NHAI brand name and will have to comply with high quality service level benchmarks.

The government will encourage such ventures which will not only create enough job and diversify livelihood opportunities on a large scale but will also promote and improve education, health and other welfare related measures for the villagers, thus making these villages liveably smart and improving their liveability index.

Today, it is well-known that robust and smart roads and highways contributes to GDP growth, improve quality of life which in turn contributes to improve Development index, nationally and globally.

‘Good quality roads can put India on the fast lane of development sooner than later. But the magnitude to develop robust and smart highways is enormous. What I had dreamt of is being achieved but slowly, and I am hopeful the pace will increase in the coming years”. We are at it to make all possible efforts to torque up funds for the highway sector, added the minister.

The need of the hour is to harness a well networked ecosystem of smart technology products and services, new construction methodologies, new machinery and equipment so that the smart highway concept is in the realm of reality and does not remain a distant dream. After all, the future is all about being smart, given the smart aspirations of new generation. Only convergence and collaboration at multiple levels can facilitate smart solutions for the society


It is indeed a pivotal moment for the highway sector…meeting its obligations as per targets. Moving ahead, it is at the cusp of new development—fine tuning - its highways and expressways into smart ones for users benefits.