A grade-separator was to be constructed at the Polytechnic crossing in Lucknow city on National Highway-24A. The construction work was started in May 2002 which was scheduled to be completed within three years. Before the completion of the work, the contract was terminated and the leftover work was awarded to another contractor. Two spans of Inner carriageway and one span of Outer carriageway were completed by the previous Contractor. The soffit slab and the web portion of the Outer span P2-P3 was cast-in-situ by the previous contractor while, the deck was to be cast by the new contractor. As the box girder was designed for single stage prestressing (i.e. Prestressing only after the casting of soffit slab, web and deck slab), therefore this span could not be prestressed earlier and remained supported on the shuttering for about two years. As soon as the work of prestressing was started, end anchorage blocks started caving, one after another. The work was immediately stopped and the problem was referred to CRRI. CRRI conducted detailed inspections/investigations for the structural integrity of this span P2-P3 on outer carriageway. Based on test results and visual inspection, scheme of its rehabilitation was prepared. Post rehabilitation assessment of the bridge was also carried out by CRRI and results are presented in this paper.

The grade separator was on a curve and has two independent carriageways namely 'Inner carriageway' and 'Outer carriageway'. Each carriageway has 4 spans of single cell box-girder shape (consisting of soffit slab, web and deck slab, each of 35 m length and simply supported over a pair of pot bearings on each support.) Each box girder was to be prestressed with 18 Nos. of prestressing tendons. Fig.1 shows the location plan of the grade separator. Longitudinal section of span P2-P3 is shown in Fig.2. 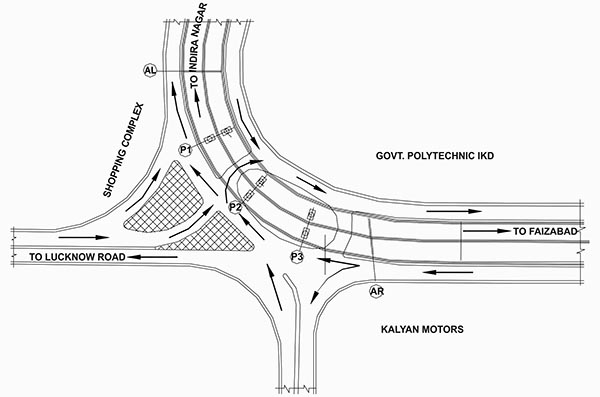 During field investigations, it was noticed that out of 18 numbers of prestressing cables, 5 prestressing cables (four in soffit slab and one in web) are yet to be stressed in span P2-P3. It was observed that this span was still resting on the staging. Honeycombing, spalling of concrete and exposure of steel reinforcement were observed in the soffit slab near the junctions of end-diaphragm walls and inclined web and in the vicinity of bearings (refer Fig.3). Application of epoxy mortar and grout nipples in the affected areas was also noticed. Shuttering plates under the entire area of soffit slab except near end-diaphragm walls were still at place. Due to this reason, the concrete of soffit slab behind these shuttering plates could not be inspected. 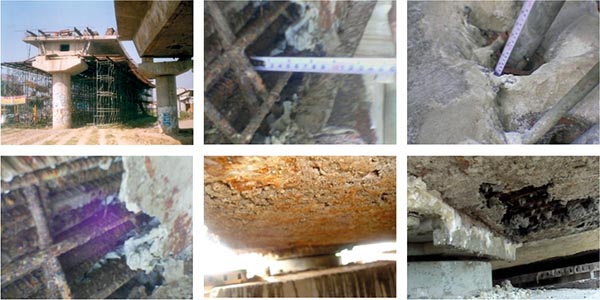 Figure 3: Views of Distressed Span P2-P3 on Outer Carriageway
Following non-destructive investigations on span P2-P3 were carried out to evaluate the quality of in-situ concrete in the vicinity of end diaphragms:


This section of the article is only available for our subscribers. Please click here to subscribe to a subscription plan to view this part of the article.