The main concrete roadwork for city roads was started in Mumbai in 1924. Marine Drive (Netaji Subhash Chandra Road) was constructed in 1938-1939 using semi mechanized methods. This road was laid on reclaimed soil in coastal area and the road is still performing well in certain location after nearly 74 years of service even under unfavourable environmental conditions. Later, concrete roads constructed in Shivaji Park Area in 1943. N.M. Joshi Road, Shivaji Park Junction etc are some of the roads concreted after 1960. This process is continued till today. Now a days, many black topped roads in Mumbai, Pune, Chennai, Bangalore and in other cities are gaining momentum in overlaying with white topping with 20-40% reduction in thickness of conventional pavement quality concrete (PQC). First white topped road 150 mm thick was laid over black topped road in Pune in 2003 and this is performing well till today in front of Municipal corporation office, Pune Maharashtra. 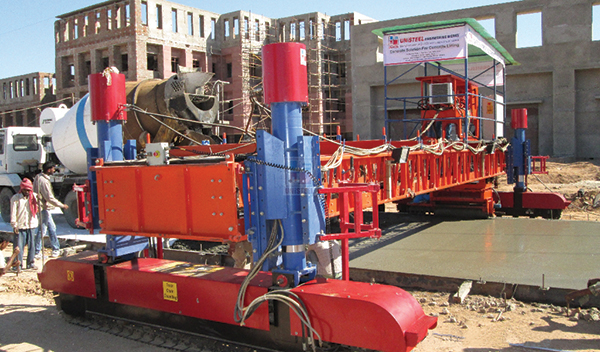 The use of paver require huge quantity of concrete, as the speed of the paver is about 1meter/minute. The huge quantity required is very difficult to reach at site because of congestion and heavy traffic and also more space is required for keeping the machineries on the congested roads. Therefore, it is difficult to use paver for construction of concrete roads mainly in the congested cities. Further, concrete road work is in progress using semi mechanized methods and fixed form pavers at many places like Mumbai, Pune, Thane, Delhi, Bangalore, Goa, Nagpur, Chanderpur, NOIDA, Dadri, Rohtak, Jhajar, Chandigarh, Shimla etc. At present cost of rigid pavement and flexible pavement is almost at par for very heavy traffic roads for National Highways. Most of the National Highway pavement are being constructed with slip form pavers/mechanized pavers. For toll roads, rigid pavement is preferred and is being adopted because or more stop and start, which create more oil spillage from the vehicles. At certain location, semi-mechanized in place of slip form pavers is also being used in Highways near structures or for full depth repair etc.

Many of our airfield pavements have been made with as rigid pavement especially at the apron and runway ends. In India, first mechanized road was for two additional lanes for 56 km long stretch of Delhi Mathura road -major concrete pavement project sponsored by MOSRTH during 1993-1994 executed by IRCON/UP PWD and Haryana PWD. Rigid pavement under NHDP programme is approximately 1680 km (equivalent two lanes) sponsored by NHAI in NH-2 and NH-60 in 2004-2005. 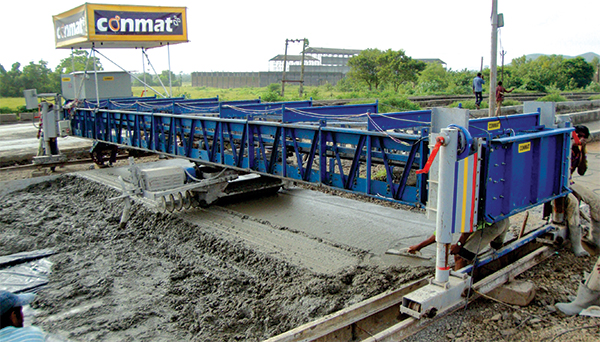 The Mumbai Pune Expressway is the first international-standard six lane expressway constructed in India and that too in concrete. Nearly 8 lakhs cubic meter of Pavement Quality Concrete (PQC) and 3 lakhs cubic meter of DLC were produced for making rigid pavements. Next rigid pavement in the expressway was, "Yamuna Expressway." Only in certain locations where marshy land was there, flexible pavement was also adopted. On deck slab, 10-15 mm mastic with 50 mm BC on the top in two layers was laid to avoid heavy vibration during compaction. Very recently, there is concrete cloth available for laying over stabilized layer, canal, slopes of high embankments of varying thickness 5 mm to 15 mm. Currently these are being manufactured in UK.

Need and Advantges of Rigid Pavement

Adoption of cement concrete pavement is satisfactory in certain locations such as parking areas, heavy traffic roads, National Highways, urban roads, Aprons, ends of the runways (Airfield), under passes, steep terrains, low lying areas, because of its low life cycle cost, and long term durability/serviceability under such environmental conditions. Cement concrete pavement had been considered as good potential and cost-effective as these have: