Influence of Surface Scaling on the Performance of Cement Concrete Roads 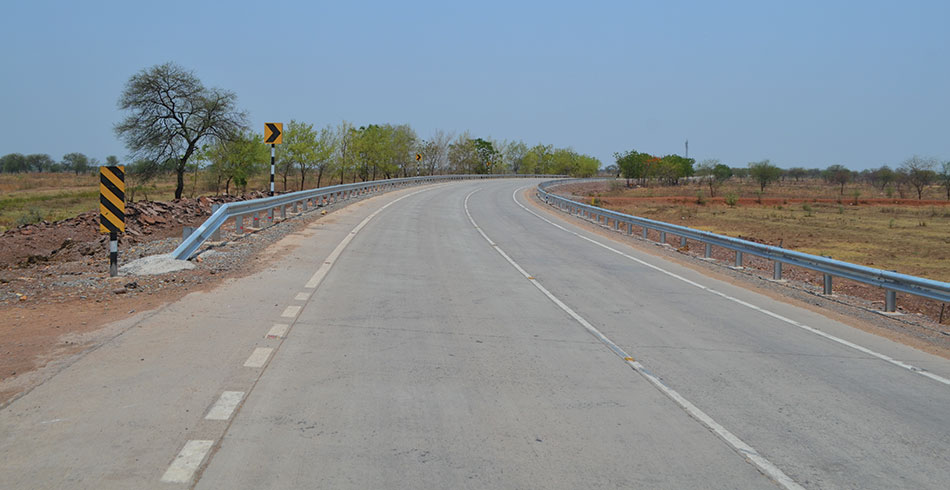 A well designed and properly constructed cement concrete road generally outperforms the structural and functional performance parameters set for it. On the other hand, premature distresses such as surface defects i.e. scaling, pop-outs, crazing, map cracking, loss of texture etc, and structural cracks are not very uncommon on a newly constructed cement concrete road. Among all the surface defects of newly constructed cement concrete road, the scaling draws a quick attention of the road users as well as road authorities. Scaling of a concrete surface is defined as the loss of surface mortar and mortar surrounding the aggregate particles (Figures 1-3). It is deterioration of the upper concrete slab surface. Scaling may occur anywhere over the pavement slab [Miller and Bellinger, 2003]. As shown in the figures 1-3, the aggregate is usually exposed and often stand out from the concrete. Normally the depth of scaling varies from 3 mm to 13 mm [FHWA-HRT-13-092, 2014, N.J. Delatte 2014, ACI 224.1R]. Scaled concrete surface gives a very ugly look of the concrete slab (Figure 1). It is measured as the square meters of affected area. Light scaling does not expose the aggregate. In moderate scaling, the aggregate are exposed and the mortar loss depth may be 3 to 10 mm. But, in case of severe scaling, more surface areas are lost and the aggregate is clearly exposed and projected from the surface. Severe scaling of a pavement slab is considered as a type of functional distress as it affects riding quality and safety of the traffic. It is common to observe scaling problem of varying severity in several pavement slabs. Such situation reduces the riding comfort and increase a chance of accident due to sudden application of break or for lowering the speed of a moving vehicle at a high speed. 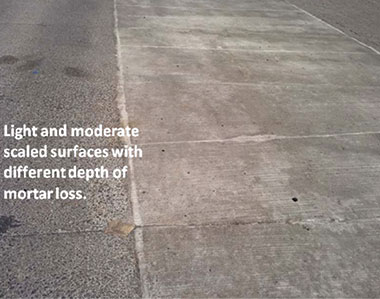 Figure 3: Light and moderate scaled areas of a concrete pavement slabs
In fact, scaling does not have any significant effect on structural performance of a pavement, however, it does reduce the overall performance of a pavement. Risk of scaling is higher on the pavement concrete surfaces that have not been finished properly. In few cases of scaling, it has come to know that the road owners have ordered reconstruction or replacement of concrete slabs inspite of the fact that it does not reduce the structural performance of the slabs. According to IRC:SP 83, 2008, distress rating system and repair action for concrete pavements, scaling shall be measured in percentage of total surface area of slab. Table 1 presents the measured parameter, degree of severity, assessment rating and repair action for scaling distress of a concrete pavement.

The major causes of scaling of concrete pavement slabs include;Evaluation of Damage

Irrespective of the cause of damage, it is imperative to establish the extent of the damage and determine if the major portion of the concrete is of suitable quality on which a sound repair could be build. Based on this information, the type and extent of repair are chosen. 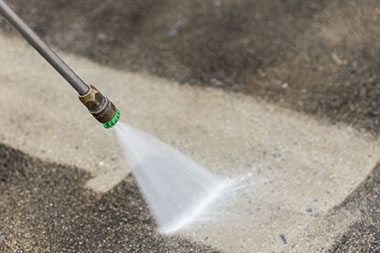 Figure 4: High pressure water jet for cleaning of sand blasted surface
Premature reconstruction of infrastructures such as pavements, buildings etc, corresponds to an unacceptable waste of materials, work energy, and an unnecessary emission of greenhouse gases (GHGs). Therefore, proper repair and/or rehabilitation without compromising the overall performance of the pavement are encouraged. Scaled areas of concrete pavement slabs can be satisfactorily repaired by a thin concrete or mortar overlay, provided the surface is sound, durable and clean. Numerous patching materials are available for this purpose. Texture and colour of the repair will have to match the surrounding concrete. The repaired pavement slab surface shall be as strong as the base surface to which it is bonded. Therefore, the surface should be free from dirt, paint or oil and sound. To accomplish this, use of a hammer and chisel, sand blasting, high-pressure water jet (Figure 4) etc, are used to prepare for resurfacing with a repair material.

This repair material may be of:Among all the above mortar types, polymer modified cementitious mortars have an upper-hand for concrete repair due to their overall compatibility with the parent concrete. Polymer modified cementitious mortars are high-performance repair materials which work monolithically with the parent concrete due to similar physical properties such as modulus of elasticity, shrinkage, and co-efficient of thermal expansion (COTE). These mortars are also lower in cost than resin-based mortar like epoxy mortar. The most widely used polymer mortar for the repair of scale is styrene butadiene rubber (SBR). SBR is added to modify the ordinary cement mortar. Wang and Zhang 2015, used three kinds of polymer i.e. SBR (styrene butadiene rubber) dispersion (SD 623), SAE (styrene acrylic ester) dispersion (S 400 F), and SAE powder (FX 7000), for modifying the ordinary cement-based mortar and studied their relative performance in terms of durability of repair system i.e. tensile bond strength, acid-base erosion, freeze-thaw cycle, wet and dry cycle effect and microstructure observation by SEM. Through their study, they concluded the best performance for SAE (styrene acrylic ester) powder followed by SBR (styrene butadiene rubber) dispersion (SD 623). Figures 5 and 6 show repaired pavement slabs SBR-based polymer modified cementitious mortar. The cost of such repairs in this case was approximately Rs.1200 to Rs.1400 per meter square. A simple calculation for the repair of a concrete pavement slab of 4.5 m x 3.5 m with 0.30 m thickness is presented in Table2. 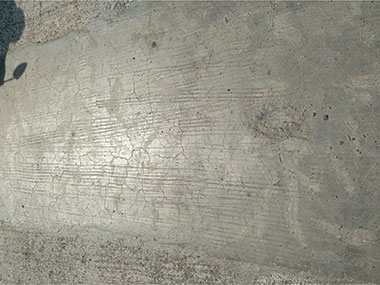 Figure 7: Cracks developed on repaired surface of scaled pavement slab
The data presented in the above table is collected from an actual field. It clearly shows that the properly applied repair by a polymer-based cementitious mortar cost is very high and it amounts to about 60% to the construction cost of a concrete slab. Improperly repaired scaled surface of pavement develop cracks as shown in Figure 7.