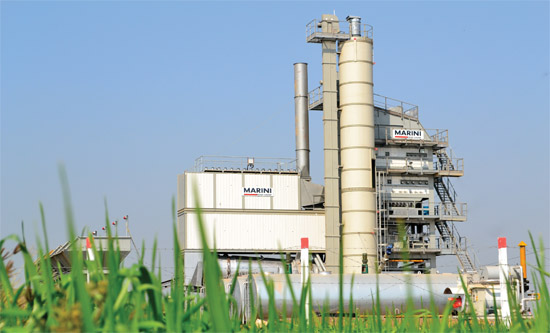 Recycling of existing asphalt pavement materials to produce new pavement materials results in considerable savings of material, money, and energy. The specific benefits of recycling can be summarized as follows: (a) substantial savings over the use of new materials, (b) conservation of natural resources, (c) performance equal or even better than new materials, (d) pavement geometrics is maintained, and (e) saving of considerable amount of energy compared to conventional construction techniques. The last benefit is very important due to the recent urgent need for reducing greenhouse gases that is, reducing carbon footprint thereby earning carbon credits for India.

Over the years, recycling has become one of the most attractive pavement rehabilitation alternatives in developed countries. Unfortunately, asphalt pavement recycling is yet to take off in India despite the current ambitious road building programme underway.

The Asphalt Recycling and Reclaiming Association define five different types of recycling methods: (1) Cold Planing; (2) Hot Recycling; (3) Hot In Place Recycling; (4) Cold In-Place Recycling; and (5) Full Depth Reclamation. Only hot recycling of asphalt pavements at a central plant will be discussed in this article in the context of 4-laning and 6-laning of India's state highways and national highways wherein road paving bitumen worth crores of rupees is being buried rather than recycled. The cost of bitumen is about the same as sugar that is: Rs.30-35 per kg. Will we bury sugar under our highways?

The "burial" of bitumen which is our country's "dharohar" (property) is being done indiscriminately on some of our highways, which are being six-laned from the existing four lanes. Existing four lanes of bituminous pavement get buried while constructing vehicle under passes, public under passes, and flyovers. In such cases, the existing bituminous pavement usually consisting of dense bituminous macadam (DBM) and bituminous concrete (BC) can be milled off and the reclaimed asphalt pavement (RAP) transported to hot mix plant for recycling on service roads and/or main line. Asphalt pavement is 100% recyclable.

Here is an example. An existing four-lane national highway with a total length of 120 km is to be made a six-laned highway. Due to construction of under passes and flyovers a total of about 30 km of the existing four lanes of bituminous pavement will get buried if not reclaimed and recycled. The total tonnage of bitumen, which will be buried, is estimated to be about 7,000 tons which has a value of more than 22 crore rupees. The total tonnage of aggregate in the bituminous pavement, which will also get buried, is estimated to be about 165,000 tons which has a value of over 6 crore rupees. So we will have a gross savings of over 28 crore rupees. The estimated cost of cold milling and transport of RAP to hot mix plant for recycling is about 8 crores. Therefore, a net savings of rupees 20 crores can be realized on this six-laning project if hot mix recycling is implemented by the National Highway Authority of India (NHAI). There are many projects of this nature which can save us hundreds of crores. The one-time cost of modifying an existing asphalt batch plant to do hot mix recycling in India is only 20 lakhs rupees.

Besides huge savings in cost and earning carbon credits, we will also have to obtain less virgin aggregate from our stone quarries and also will have to import less crude oil to produce the paving bitumen. In some states such as Punjab and Haryana where stone quarries are prohibited, aggregate is transported from the neighboring states covering over 150 km that makes the aggregate very expensive.