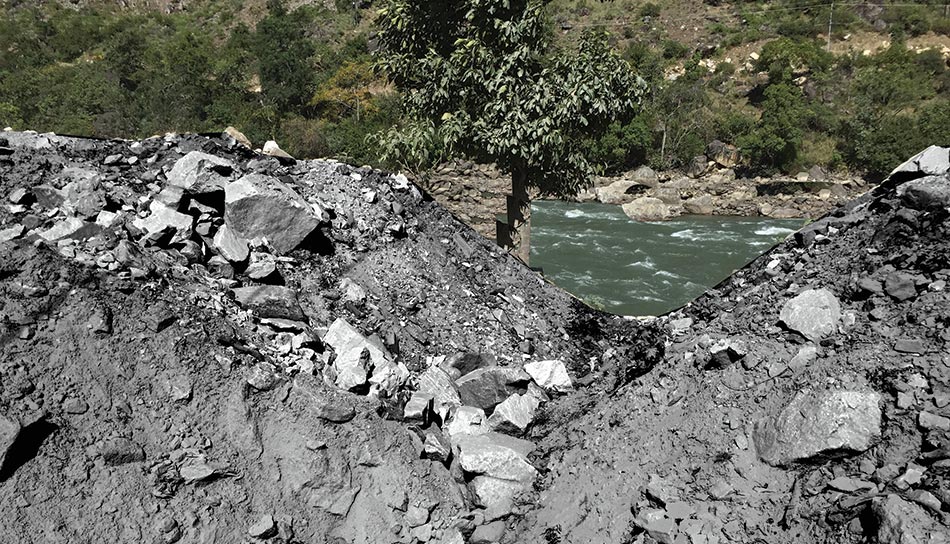 Substantial parts of India are covered by hills and Himalayas stand foremost among them. The border areas in the North and North-East of our country are mountainous with steep topography, difficult and hazardous terrains, high altitude and extreme climatic conditions. Planning the alignment as well as design and construction of roads in such areas pose several complications as compared to the plains. Foremost among them is obtaining good quality road construction stone aggregates as quarrying for hard stones in the ecologically sensitive Himalayan mountains may lead to enormous adverse impacts on the flora and fauna as well as the ecology of the region.

Quarrying activities in the Himalayas may aggravate mass wasting, reduced flow in the perennial rivers and depletion of regional forest cover. Keeping these aspects in view, quarrying activities have been severely restricted in the Himalayan region. Hence, good quality stones for road works in these mountains are being brought from considerable distances, thus making the construction costs prohibitive and also leading to enormous amount of CO2 release from trucks deployed for transporting these aggregates. Therefore, there is a pressing need to use locally available materials for construction of green and sustainable roads in the hills.

Locally available material usage in sub-base and base course

The Permanent International Association of Road Congresses (PIARC) has defined non-standard and non-traditional material as “Any material not wholly in accordance with the specifications in use in a country or region for normal road materials, but which can be used successfully either in special conditions made possible due to climatic characteristics or recent progress in road techniques or after having been subject to a particular treatment.”

Specification criteria are generally based on easily measurable attributes of the materials such as grading, plasticity and strength, although, these properties may not correlate well with the fundamental mechanical properties on which behaviour in service depends. Ideally, specifications should be based on the results of carefully monitored performance studies and should incorporate any special design features that ensure their satisfactory performance. Standard specifications and guidelines for using granular materials, are usually drafted to enable the road to perform satisfactorily even under worse environmental and site conditions.

The sub-base course in the road pavement acts as a secondary load spreading layer in flexible pavement and also as a drainage layer. To ensure efficient drainage, the amount of fines (material passing 0.075 mm sieve) must be limited. For well sealed roads in tropical areas, and where surface and road side drains are good, unsaturated moisture conditions prevail and sub-base specifications may be relaxed. The selection of sub-base material will therefore depend on the design function of the layer and the anticipated moisture regime, both in-service and during construction. In many circumstances, the requirements of a sub-base are governed by its ability to support construction traffic without excessive deformation or ravelling. A high quality sub-base material is therefore required where loading or climatic conditions are severe. Otherwise, in case of low traffic volume roads, the material requirements for sub-base course can be relaxed.


When pavements are constructed over moist frost susceptible soil in hilly areas, granular sub-base would have to perform as a retardant for frost in addition to acting as a drainage layer. Such sub-base layers should be constructed using good quality gravel having maximum particle size of about 80 mm and percentage of fines (material less than 75 micron size) should be low (preferably less than 5 percent). Two typical gradations for Non-Frost Susceptible Sub-Base (NFSSB) are given in Table 1. Sub-base layer helps to mitigate frost action in road pavement through (a) accumulation of heat, sub-base layer resists frost penetration and reduces duration of frost action in frost susceptible sub-grade soil (b) through efficient drainage sub-base would ensure that water accumulation is not there in the pavement structure thus minimising chances of ice formation. Apart from gradation, NFSSB should also satisfy the material physical requirements as given in Table 2.


The road base is the main load spreading layer of the pavement. A wide range of materials like crushed quarried rock, gravels etc., can be used for constructing unbound crushed stone base (CSB). Alternatively, materials can be stabilised with cement, lime or other chemicals. The suitability of materials for use depends primarily on the design traffic level and the local environment. Road bases are expected to conform to specified material gradation and provide high mechanical stability. The grading should contain sufficient low plasticity fines (material passing 425 microns sieve) to produce dense material, with less than 5 per cent air voids when compacted. The aggregate shall conform to the grading and quality requirements shown in Table 3 and 4.

Tunnels provide a shorter and safe connectivity and many times help motorists to bypass higher and colder climatic regions. Tunnelling is becoming popular for roads and railways as well as for hydro projects in the hilly regions. Material excavated during tunnel construction is called ‘Tunnel Excavation Muck’. Worldwide, tunnel excavation muck has been reused in many infrastructural projects. Such re-use would put excavated muck into beneficial use, besides solving problems of its disposal and reducing the need for quarrying for good quality aggregates. Many times, excavated rocks are re-used as aggregates (after suitable crushing and processing) for cement concrete required for lining of tunnels. 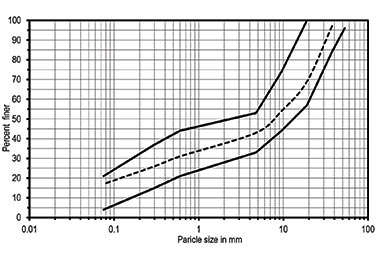 Figure 3: Range of Particle Size and Average Gradation of Tunnel Excavation Muck
Tunnel excavation muck obtained from tunnelling through rocks is a mixture of heterogeneous sized particles. It usually comprises rock dust, splinters, rock fragments and flakes (rock particles of smaller diameter), and blocks generated by detachment of large pieces of rock. Generally, the percentage of cubical particles in tunnel excavation muck is smaller, typically around 25%. The geometric characteristics of excavated material (size and shape) is affected by the boring method. Muck excavated from blasting and digging would be much coarser and can be re-used as aggregates after crushing and sieving. Muck obtained from tunnel boring machines would be typically in the form of finer granules and would be difficult to reuse as aggregates in cement concrete. This also limits its re-usage as concrete aggregate. However, such material can be stabilised using binders like cement and used in base / sub-base course of road pavement. Most importantly, for re-use, tunnel excavation muck must not be contaminated with soil or other organic / plastic waste. Fig 1 and 2 show typical tunnel excavation muck obtained from drilling and blasting techniques.

Tunnel excavation muck (sourced from Himachal Pradesh - mainly comprising Quartzite, Quartzitic Schists and Quartz–Diolite–Schist rocks, obtained from drilling and blasting) was tested to determine its engineering properties and also to explore its usability in road works. Five samples of the muck were tested to obtain the range of its strength properties and for determination of its physical and engineering properties. The muck was subjected to the following tests as per Bureau of Indian Standards (ISI) codes, the results of which are given in Tables 5 and 6. The gradation of tunnel excavation muck has been compared with specified gradation for NFSSB and CSB in Tables 7 and 8. Range of particle size and average gradation of tunnel excavation muck is shown graphically in Fig 3.

Locally available sand was also characterised in a similar manner for its physical and engineering properties. Results of tests conducted on sand are given in Table 9. Mechanical stabilisation can be adopted to improve the strength and gradation of pavement materials for incorporating them in the base/sub-base layers of the road pavement. For designing the mechanical stabilisation (mixture of tunnel muck and sand) IRC SP:89 was referred to, and the most suitable proportion of mixing tunnel muck and sand was found to be 2:1 (Table 10). Crushed tunnel muck was mixed with local sand in the ratio of 2:1 and the mix was subjected to various engineering strength tests. These test results are shown in Table 11.

The gradation of tunnel muck varies widely, however, from the gradation test results, it can be observed that tunnel muck is a coarse grained gravely type material, but sometimes mixed with large amount of fines, which largely comprise stone dust. Tunnel muck was found to be a non-plastic material.

Tunnel muck partially meets the gradation requirement for using it in CSB or NFSSB layers. The tested muck has very good AIV and low water absorption. Its CBR strength is also quite high. When mixed with sand, the mixture has good permeability too. The only drawback for using tunnel muck in road pavement layers is its high amount of fines content. Since the fines in tunnel muck mainly comprise of stone dust, it is suggested that by suitably crushing, sieving and mixing with the locally available sand, it can be used for NFSSB and CSB layer construction, especially for low traffic volume rural roads. Since the high fines content may lead to moisture entrapment, frost formation may be a possibility. So, its use for roads constructed in altitudes above 1800m may be restricted, unless other precautions are taken to prevent frost formation.