Ashoka Buildcon, which was awarded package 4 of the EPE project, constructed 22km of the 135 km EPE, at a cost of ₹789 crores. It built three grade separators, one ROB, 12 VUPs, 22 PUPs, four minor bridges and 20 box culverts. The mammoth construction required 1.5 lakh metric tons of cement about 15000 metric tons of steel, 15 lakh metric tons of aggregate and about 75 lakh cubic meters of soil. The company completed the project in record time of 482 working days as against 910 days with construction Railway Over Bridge in just 100 working days and thereby created yet another benchmark in Indian infrastructure industry.

Inaugurated in May 2018 by Prime Minister, EPE was built in a record time of 17 months and at a cost of ₹11,000 crore. The Government approved funding for the expressway in August 2015 on BOT mode under NHDP Phase VI. It will divert a significant number of trucks away from Delhi and bring down vehicular pollution in Delhi. EPE will be connected with Yamuna Expressway via an interchange which is being built near Jaganpura –Afzalpur village at Yamuna Expressway in Gautam Budh Nagar district. 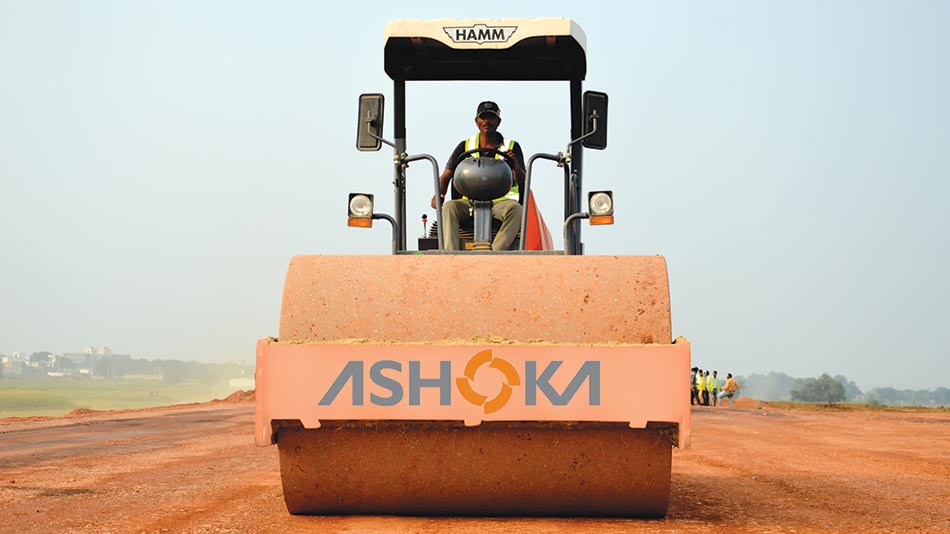 Designed as an environmentally and sustainable ecosystem, there are 2.5 lakh trees of various species planted along the expressway with drip irrigation. Rainwater harvesting is provided at every 500-meter on either side, and solar-powered lighting all along the corridor. Vehicles travelling through the expressway at a maximum permissible speed of 120km/h will be able to access weather updates, which will warn them of the frequent dust storms in the summers and heavy winter fog experienced in Delhi and in the Delhi-NCR.

The Eastern Peripheral Expressway will set a benchmark in highway construction with its world-class design, safety features, smart and interactive infrastructure in a world where distance is no longer measured in kilometers but in terms of time. It will not only reduce pollution in Delhi but also reduce travel time and help economic development.

The EPE project being a greenfield alignment, was plagued by numerous land acquisition hurdles, but under the direction of the Minister of Road Transport and Highways Shri Nitin Gadkari and the NHAI officials, Ashoka Buildcon was able to surmount all the obstacles and achieve record progress in such 490 days as against the usual 910 days' time. 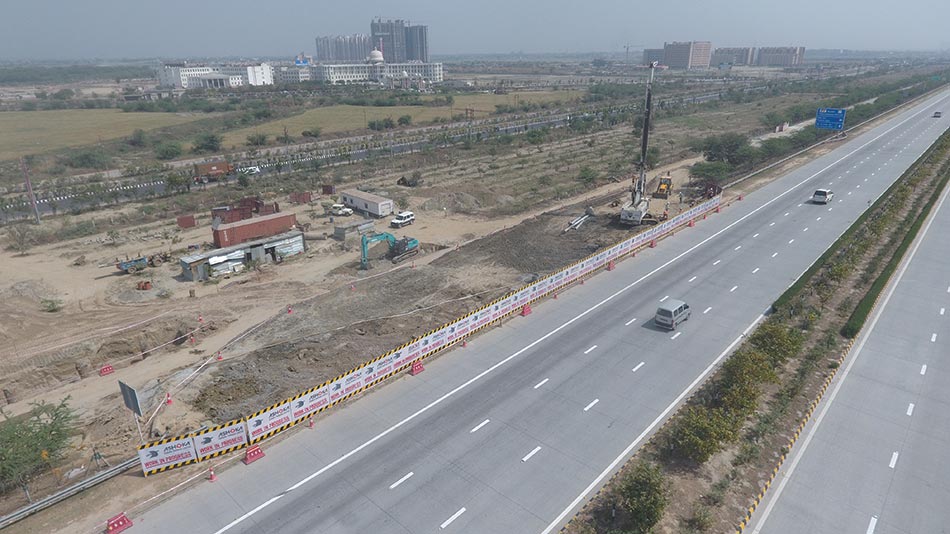 Diversion of fast-moving traffic was a tough task. Accidents due to thick fog on the Yamuna Expressway was a big concern for the State Administration and Yamuna Expressway Development Authority (YEDA). RITES, consultants to YEDA, refused to allow traffic diversion due to the fog and inability to control vehicles moving at speeds of 120 kmph.

Undeterred, Team Ashoka took up the challenge to divert the traffic for a continuous stretch of 10 km. Using traffic control devices and measures during day and night time, speed control systems, keeping in mind the winter fog and speed as the prime hazards, information management system for road users, surveillance by drones and close circuit cameras along with traffic marshals, proved to be both efficient and effective. 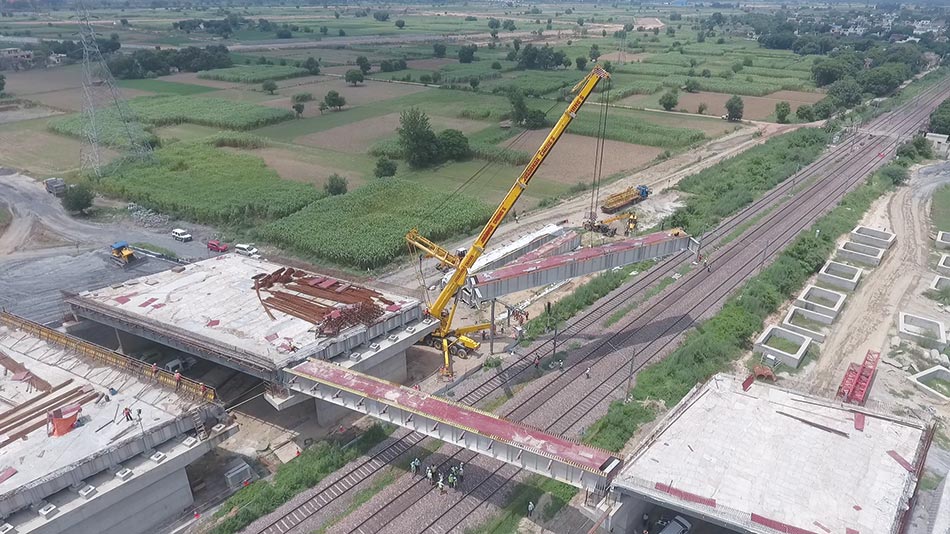 The team effort was jointly coordinated by Ashoka Buildcon, NHAI, YEDA, RITES, and Jaypee Infra, and was highly appreciated, so much so that the Yamuna Expressway Diversion by Ashoka is being showcased at the Digital Art Gallery in NHAI headquarters.

Ashoka Buildcon was tasked to build the ROB with 64 piles with diameters of 1.2m to depths of 22m. Construction of Railway Over Bridge (ROB) is seen as a critical bottleneck in completing a project in the scheduled time, and usually takes 1.5 to 2 years to complete. Projects require detailed planning and coordination with multiple government agencies and approvals from the railway authority departments in different cities. 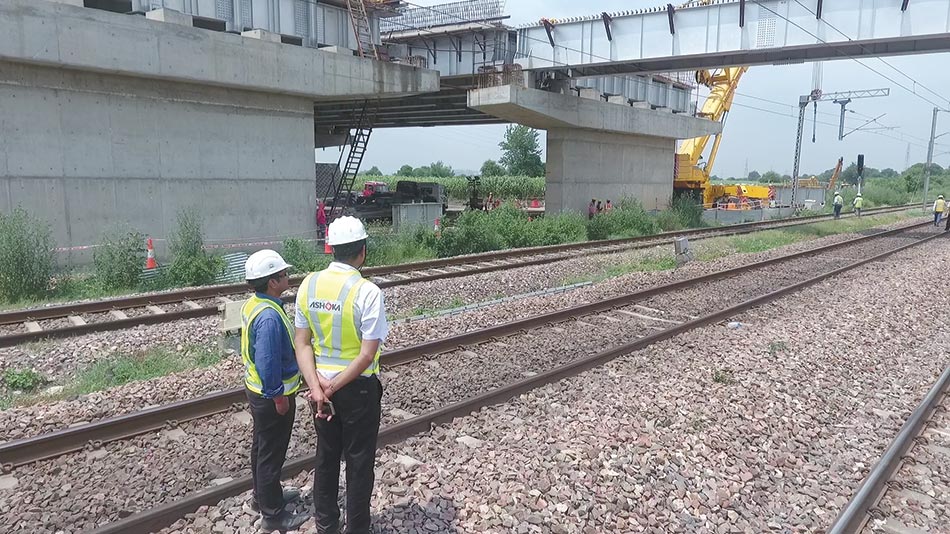 Team NHAI, the Authority Engineer and EPC Contractor jointly decided to complete the construction of ROB in record time. The project requires design, fabrication, drawing approval and manufacturing, all of which take a minimum 60 days.

During erection, two girders were erected, duly bracing each other with shuttering arrangement that reduced time, was safer and proved to be more effective. The work was done in three shifts. Extensive planning, preempting hindrances, taking preventive and timely corrective measures, and using advanced construction techniques and equipment enabled Ashoka Buildcon to construct the ROB within 100 days, thereby setting a benchmark for efficiency in infra development in India.