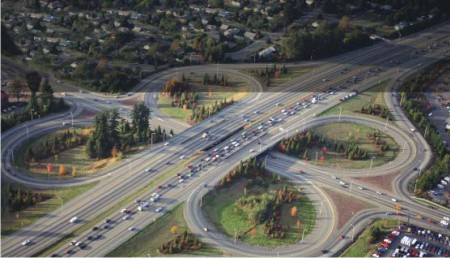 Project Objective: Widening India’s NH-9 from Hyderabad to Machilipatnam, including evaluation of multiple bypass options for eight sections of roadway.

India’s NH-9 highway runs from Hyderabad, the capital city of state of Andhra Pradesh, to Machilipatnam, a port on the Bay of Bengal. As part of its National Highways Development Project, an ambitious four-phase program to upgrade about 25,000 kilometers of key national highways, the National Highways Authority of India (NHAI) plans to expand this road from two to four or six lanes and examine alternative alignments at certain towns to alleviate congestion.

The expansion will employ a buildoperate- transfer model, under which the government carries out preliminary work such as land acquisition and utility removal before turning the construction and operation over to a private concessionaire. Scott Wilson Kirkpatrick India Pvt Ltd (SWK India) was contracted by NHAI to prepare a feasibility study and detailed project report for the NH-9 expansion.

The project was split into two segments: the stretch from Hyderabad to Vijayawada and the stretch from Vijayawada to Machilipatnam. Highway construction is scheduled to start and finish by March 2010. The total length of the road is approximately 121 kilometers and the project cost is estimated to be $190 million. 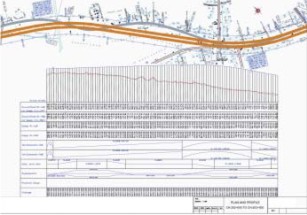 NH-9 runs mainly across a plain, with rolling terrain in some stretches. It passes through four major towns and many small villages along its route. The project itself includes 21 bridges, 197 culverts, and one railway crossing. The project is a partially controlled access road, so SWK India took this into consideration when planning the service roads and road safety, as well as the types of intersections, flyovers, and underpasses required.

As part of its work, SWK India examined the technical, economic, and financial viability of upgrading the two sections of NH-9 to a four–or six–lane divided highway. As the existing road was in good condition, the design called for the building of a new two-lane highway on one side of the existing road, with a median separating the two. Adopting this approach meant full utilization of the already acquired right of-way and reduction of time spent in securing additional land. However, the existing right-of-way proved to be minimal, so a large amount of private land had to be acquired. SWK India identified the additional land needed, generated the coordinate data, and staked the areas out on the ground before verifying and transferring the data back onto revenue maps used to contact landowners.

The project report provided designs for the highway, pavement (with options for flexible or rigid pavement), overlay, bridges, cross-drainage structures, grade-separated structures, and service roads. SWK India calculated quantities for many items and generated detailed working drawings as well as cost estimates. Other reports produced included the analyses of economic viability and environmental and social feasibility (with action plans as appropriate), as well as all documents needed for the bidding process. 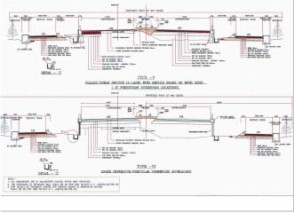 NHAI also required SWK India to include the kind of financial returns that could be generated through tolls and other revenues. It would use these to help attract private businesses to build and operate its new roads. During the process, SWK India found that while the stretch from Vijayawada to Vuyyuru was likely to have sufficient traffic for a build-operate-transfer operator to recover its costs, the stretch from Vuyyuru to Machilipatnam did not. Having this data meant NHAI was able to seek assurances from the Andhra Pradesh state government over the planned development of Machilipatnam as a deepwater port facility, thereby increasing the amount of goods transported on that stretch of roadway.

Design in the Fast Lane

Initial topographic surveys took three to four months to complete, and during this process SWK India was able to fix preliminary alignments. Once the survey data was available, the firm could check them against field conditions using MXROAD and complete the detailed engineering of 121 kilometers of roadway.

NHAI identified eight locations where bypasses could relieve congestion near towns. For each bypass location, SWK India prepared several alternative alignments before running a cost/benefit analysis on each. The bypass for the towns of Kodad and Pamaru proved to be particularly challenging, as the alignments had to be routed to minimize interference with agricultural fields, cart paths, field channels, and a major canal surrounding the towns.

There were also situations in which a bypass had already been proposed and the land-acquisition process completed. In these cases, SWK India fixed the road alignment according to earlier plans using non-digital details provided by NHAI.

In total, SWK India ended up designing nearly 200 kilometers of road because of the multiple alignment options required. For each case, SWK India used revenue maps to determine the extent of land acquisition already completed as well as the new land required along the centerline of the planned route.

Finally, the road designs were evaluated for safety by outside experts. SWK India was able to create 3D visualizations of the project in order to convey sight distances and their suitability for the surrounding terrain along the road.

Venkat Sheela, principal engineer for SWK India, noted the robustness of MXROAD, including the ability to output the coordinates of utilities that needed to be moved, trees that needed to be cut, and structures that required complete removal. The software, he said, enabled an integrated workflow that extended from processing the survey data all the way through to preparing land-acquisition plans, relocating utilities, and generating quantity takeoffs. SWK India has used.

MXROAD for 12 years, and Mr. Venkat believes that it is “the right kind of software for such a complex project.” He added that the functionality of MXROAD helped the firm cut design time. The engineers prepared input files to create roadway edges, apply camber and superelevation as well as create verges, shoulders, lay-bys, median openings, junctions, and earthwork styles. Managing the different phases of engineering design on a single platform helped ensure a consistent and uniform design product, even extending to small details such as linetypes and styles. The coordinated workflow ensured that different departments were always working on the current version of the design.