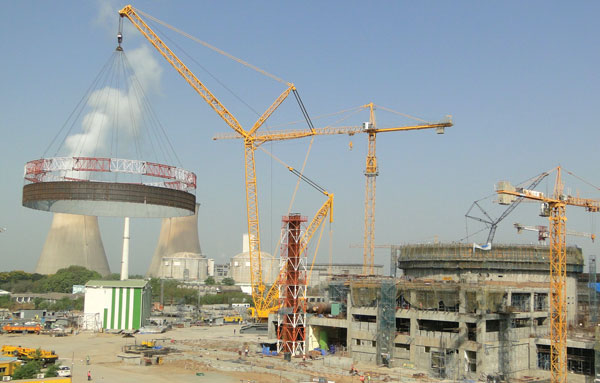 With growing standards, advanced technologies, and owner-desired additions and changes, construction projects are becoming more and more complex, while the successful completion of projects has been thought to depend mainly on cooperation between the contractor, consultant, and owner, problems and disputes have always erupted due to conflicting opinions as to the interpretations, various aspects of design and construction.

With the introduction and widespread application of contemporaneous period method (CPM) of analysis, scheduling, it became easier to point out where the delays are occurring and how delays in one activity affect others, and possibly the project as a whole, thus allowing objective judgments as to whether contractors should be entitled to time extensions. On the other hand, the increased complexity of construction processes, documents, and conditions of contracts has been contributing to higher possibilities of disputes, conflicting interpretations, and adversarial attitudes. The exhausting and expensive process of litigation has not been making things easier, as unsettled claims that have developed into disputes can take a very long time to be resolved. All the above factors have made "claims" an inevitable burden in implementing today's construction projects.

Conditions precedent - conditions which provide that certain obligations under a contract will only come into force if and when specified requirements are met - are of course common in construction contracts. That does not mean, however, that they are not without their problems. A party which falls foul of a condition precedent may lose its right to make a claim, and therefore have no option but to vigorously contest its enforceability.

The courts have consistently shown that they are willing to uphold conditions precedent where they are 'clear and unambiguous'. Only if there is genuine ambiguity over whether such a condition exists will the courts be reluctant to impose one (on the basis that it would deprive the other party of rights which it would otherwise enjoy under the contract). It is also important to note that the courts have repeatedly found that a clause need not be expressly labelled a 'condition precedent' to have the same effect.

While materials count for a considerable amount of construction costs, the way materials are managed seems to be improvised rather than approached methodically. In the construction industry, one of the common challenges people face

With an ambition of providing housing for all citizens in India, the drive towards resource efficiency building operations is all-time high given the constraints in allocation of resources and their utilization, writes Mamta Rawat of Conserve

During the past couple of years, India has enjoyed the privilege of being amongst the most favored investment destinations of the world. With the sharp vision of Prime Minister Narendra Modi and compelling

In the last two decades, India has emerged as one of the fastest-growing economies in the world. According to a Citi group report, following the reforms undertaken by Government of India, the GDP is

The increasing levels of competition and the introduction of manufacturing concepts within the industry led to specialization. Such specialization led to the separation of design and construction facilities. The increasing complexity of many projects makes it more and more difficult for the designers to be fully aware of all the implications of their

Obligations of Parties & Provisions of Claims in Modern Construction Contracts

Construction contracts usually contain notice-of-claim provisions. The contractor must, within a stated period of time, notify the project owner in writing of any occurrence which may give rise to a claim for additional compensation under the contract. The policy behind these requirements is sound. Owners should have the opportunity to respond to

Termination of Contract Under Old FIDIC

Most commercial construction contracts include provisions allowing either party to terminate a contract for cause (also referred to as a termination for "default"). Unlike terminations for convenience,

Position of Engineer & Independent Engineer In Standard Forms of Contracts

The engineer is generally responsible for issuing the completion certificates and supervising any tests that have been contractually agreed as well as establishing that payments to the Contractor can be made, in funded

The KPMG in India – Project Management Institute (PMI) study was initiated on the request of MoSPI, which highlights the major reasons for schedule and cost overruns across major sector's infrastructure

Purnima Bajpai, Reliance Infrastructure, Pune.A contentious issue in the context of PPP arrangements and their audit relates to the scope of audit by Supreme Audit Institutions (SAI), in

It is now well established that decision on maintenance, rehabilitation and upgradation/ improvement measures needs to be based on an objective assessment (with an analytical approach) to

Management of Quality Quantity and Speed

Management is the need of today. Management has been included in various specialised fields now like environment, tourism, hotel, information technology etc. apart from traditional courses like finance, human resource, operation and marketing. In the management concept, management sets the goals based on quantities for individuals and performance

An Innovative Tool to Teach and Train

The world is expanding and indeed expanding at a breath neck pace, Expansion of our world requires construction of new Industries and Production process from commissioned industries. No

India is only second among the emerging economies next to China. With an average GDP rate of 7.5% and upside, the demand to improvise infrastructure is magnanimous. The average spending capacity

Theoretically Safety means the absence of danger at work which is made possible by eliminating hazards that create danger. ILO, in one of their documents, state "A thing is provisionally categorized as safe if the risks are deemed known, and in the light of that knowledge, judged to be acceptable. However, generally, safety is adjudged in terms of an

A Legal Analysis of Some Clausal-Related Disputes in Construction Contracts

The contractor under a construction contract is invariably required to carry out and complete the project by a specified date. This requirement is often accompanied by an obligation to produce a construction programme and to keep it up to date. There may be a contract administrator with powers to approve the programme. This paper identifies matters in relation

Termination of Contract Under New FIDIC

The termination of a relationship in a construction contract can often come as a surprise causing both confusion and resentment. Negotiations can escalate into protracted and costly disputes. Employers believe their

The topic under discussion has two aspects: (1) Construction of road tunnel, (2) its operation after completion of the job. It is understood that the present issue which is under examination pertains to Rohtang Pass Highway