The Bumpy Road Industry In India 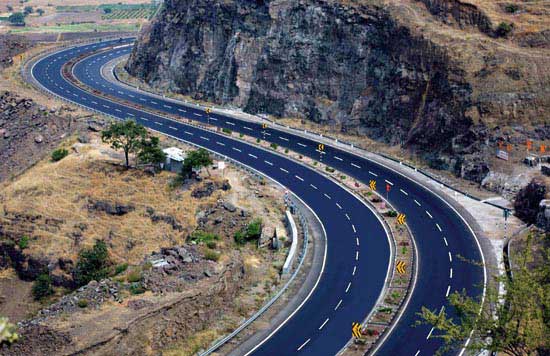 The Road Sector– An Attractive Investment

India has the second largest road network in the world and is bound to require huge investments in the coming years. The road network comprises of national and state highways, major district roads, expressways, rural and other roads. According to statistics provided by The Ministry of Road Transport and Highways, roads remain the most important means of transport, accounting for 85% and 65% of passenger and freight traffic, respectively, in India. The Road Sector thus appears to be the most attractive investment in the infrastructural sector.

The Road Sector in India has witnessed a lot of highs and lows in the past five years. Few years back India faced the wrath of poor level of infrastructure. According to the World Economic Forum's Global Competitiveness Index, India's infrastructure was placed at the 91st rank out of 139 nations. The Road Sector which was on a low priority for the Government initially has gradually started demanding everyone's attention'. Thus after experiencing a slowdown from 2008–10, positive signs of revival have been hinted at since 2011. Infact, the total project costs awarded in 2011–12 has been the highest ever for the Indian Road Sector.

In order to escalate the Road Industry, National Highways Authority of India (NHAI) has thus started concentrating and accelerating the road construction and initiating road projects that will give a boost to the GDP. An aim of building 20 km per day has been put forward but is still trying to gain foothold. The booming Indian automobile industry has further given a thrust to the demand of road infrastructure. The government has initiated ambitious targets of building and upgrading roads, and to meet these targets it has moved to financing projects through PPP's for which it further needs to offer viable projects with good margins and favourable policies and ensure that they get implemented. What's more – the arrival of latest road construction equipment in the country has been a positive sign.

Foreign collaborations with United Kingdom Trade and Investment (UKTI) have proved wonders while some firms like UK-based infrastructure firms Balfour Beatty, CA Traffic and Mott MacDonald have expressed their interest to invest in India's booming road and highways sector. 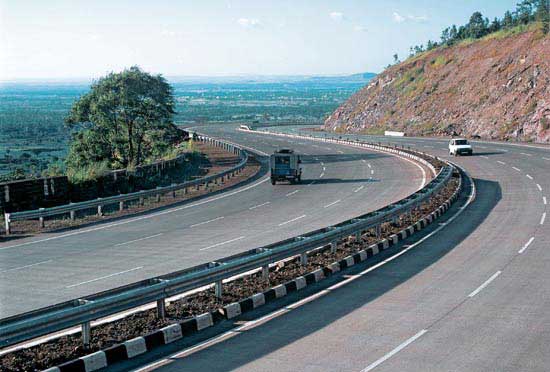 The quarterly review of the Indian Road Sector report by ICRA, India's premier financial information services company, points out that following multiple challenges in the third quarter of the fiscal year 2011-12 of high interest rates, reduced availability of funds, execution slowdown, and increased competitive intensity; the new projects started being awarded during the last quarter. However, the execution over the last year has been hit by land acquisition, clearances, and financial closure. ICRA has ascertained that with the pipeline of road projects to be awarded by NHAI and State governments remaining strong, there will be ample growth opportunities for both developers and contractors in the next 2-3 years. The first half of FY2012 witnessed aggressive bidding of projects due to the entry of new players and due to the slowdown in a few segments of the construction industry like irrigation and power.