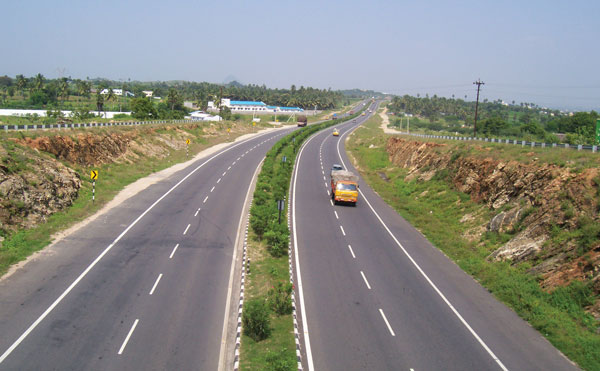 With strong political stability equally supported by the investor–friendly policy initiatives and sufficient funds earmarked in the current Budget, the country's road sector is opening up huge business vistas for road builders in coming months. On this score, tackling the dwindling interest of contractors and investors in the PPP model, the government is currently focusing on the EPC model under which it will fund the road projects of 8,500 km entailing an investment worth Rs.37,880 crore during the current fiscal, besides committing to fast track the road project clearance and delivery mechanism. For bringing the PPP model back to its pristine glory, the government has set up 3P India with a corpus of Rs.500 crore to resolve issues derailing the PPP projects.

The Infrastructure Investment Trusts (InvITs), has been created by the new government to ensure sufficient funding flow to the sector by investing in a project either directly or through special-purpose vehicles. In case of public private partnership (PPP) projects, such investments have only been allowed via SPVs. Alongside it has empowered banking sector to generate funds for the investment in the core sector projects on better banking terms for a long duration exactly matching to the long gestation period of the road projects. The initiative would help fuel growth in loans to core sector and will bring down the ratio of bad loans. The World Bank has agreed to invest a staggering sum worth $500 million in the National Highways Inter-connectivity Improvement Project (NHIIP). The funding initiative has been aimed at improving the National Highway network connectivity to less developed states and will also enhance institutional capacity of Ministry of Road Transport and Highways to better manage the highway network across the country. The funds would be invested in upgrading about 1120 km of existing single or intermediate lanes of the highways in three low income States (Bihar, Orissa, and Rajasthan) and in less developed regions of two middle income States (Karnataka and West Bengal) and that the ministry, government of India, is the implementing agency for the projects.

In its entirety ensuring smooth functioning of the InvITs trust, it has drawn borrowing directions for the trust with the rider that the aggregated consolidated borrowings of a trust and underlying SPVs shall never exceed 49% of the value of the assets of the trust. For any borrowing exceeding 25% of the value of InvIT assets, credit rating and unit holders' approval is required and that the norms identified different set of conditions to be met by InvITS, depending on the nature of the underlying investment and investment limits. Quoting an instance it said that an InvIT that proposes to invest at least 80% of the values of the assets in the completed and revenue generating infrastructure assets is required to raise funds only through a public issue with a minimum 25% public float and at least 20 investors. The decision also contains the rider that the minimum investment size for this type of InvIT is Rs.10 lakh crore with a trading lot of Rs.5 lakh crore thereon. Apart from this, the government has also decided to set up a financing corp with a crpus of Rs.1 lakh crore in partnership with Japanese investors to finance road projects. It is currently in the process of rolling out a proposal to kick start the stalled road projects where the promoters are facing fund crunch. The underlining idea is to complete the project, recover funds and transfer the same to the builders of these projects and they would be run for few years to recover the funds infused before handing them over to the promoters. In a mega move, Hinduja Group, has recently unveiled a plan to invest a staggering sum worth $10 billion amounting to Rs.60,000 crore in reviving installed infrastructure projects in the road and power sectors. The projects in which the group wants to invest are largely sitting on bank books as non-performing assets and the player is keen to invest in such ventures so that investment and trade can grow on the expected lines in the near future. 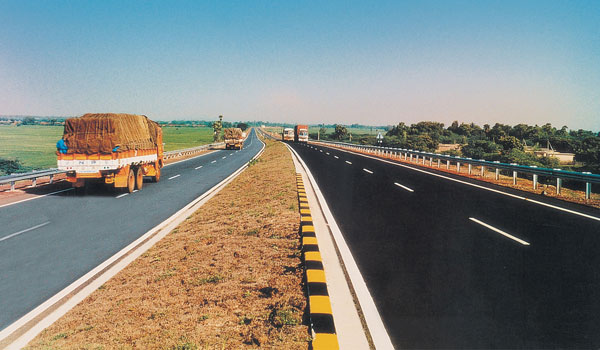 Eliminating procedural logjam and bottlenecks, the road ministry has recently been empowered allowing it the expenditure of up to Rs.1,000 crore at the ministry-level without taking additional approvals and has been authorized enough flexibility in awarding projects on either public-private partnerships or engineering procurement contract basis. These among other initiatives are expected to ensure road construction cheaper and make the entire process quicker and simpler. The first is a clarification that road construction machinery that is imported duty-free can be sold within five years of import, subject to payment of Customs Duty on depreciated value. Also, individual constituents of the consortium whose names appear in the contract can import goods without paying duty. The second is that the road developers will not have to secure certification from the Road Ministry or NHAI for availing Customs Duty exemption on specified goods. According to Vinayak Chatterjee, Chairman, Feedback Infrastructure, the announcement of new infra lending format — 25 year loan with five-year resets — by commercial banks will remove, at one stroke, many ills affecting bank lending to the road sector.

Shortly after taking over the reins at the Centre, the ministry of road transport and highways has approved highway projects worth over Rs.40,000 crore to be implemented with immediate effect in states like Jammu & Kashmir, Himachal Pradesh, Uttarakhand, and in the Northeastern region. It has already approved projects worth Rs.20,000 crore for Jammu & Kashmir covering 2-laning and 4-laning of National Highways in the state and also scores of roads projects for Leh and Ladakh regions. Fast tracking the road building process in the Kargil and Leh through a 14 km long tunnel across Zojila, the highest mountain passes of the country to the government has proposed, construct Rs.900 crore tunnel project with another 6.5 km long tunnel at Z-Morh in Sonmarg to provide round the year road connectivity to these hilly areas. In a recent mega move, ensuring their execution the ministry will co-ordinate with the PWD of the states concerned and all these projects would be completed in the next half decade. Injecting a major infra booster to states of north eastern region, the ministry has announced projects worth Rs.15,000 crore for states including Assam, Manipur, Meghalaya, Mizoram, Arunachal Pradesh, Nagaland, and Tripura where it is all set to start the construction work very shortly as the "preparation of DPRs (detailed project reports), is currently in full swing.

Similarly, in hilly states like Himachal Pradesh where it is tough to widen the existing roads, specifically between Kullu and Manali areas, it has decided to build world class one-way roads. The ministry, which recently reviewed over 250 road projects entailing an investment worth Rs.60,000 crore which had got stuck mainly due to land acquisition and environment and forest clearance issues, would be up and running in the next three months. Besides, it has readied a list of 11 projects to be awarded very shortly at an investment worth over Rs.18,000 crore. The appraisal process for most of these projects is complete and the concerned wing of the ministry is presenting these projects for the approval of the minister. The total length of these projects is 1,300 km and as the ministry has set an internal target of awarding 8,500 km of roads in the fiscal of which 3,500 km of roads projects are expected to be awarded through the public private partnership (PPP) mode and the remaining under the engineering, procurement and construction (EPC) model. That apart, ensuring smooth road connectivity to the neighboring countries, the new regime at the centre has fast tracked the Imphal Myanmar road project connecting two countries covering a distance of 579 km between Imphal and Mandalay in about 14 hours. The mega project is likely to be commissioned by the end of this year. In addition, the Indian government is also assisting Myanmar to upgrade a 70 km stretch of road which becomes non-negotiable during the rainy seasons. 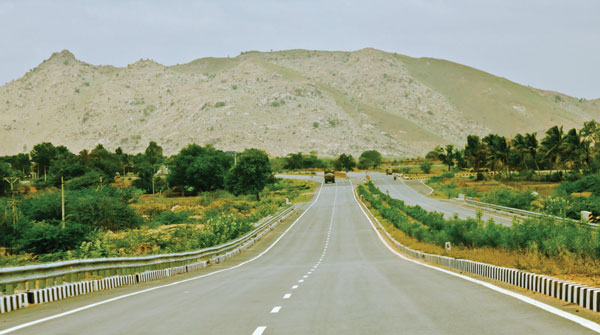 As a matter of fact, the road ministry is going all out to start work on the stalled highway projects by clearing hurdles like delays in land acquisition and green nods and relentless efforts are currently on to launch new projects worth 2 lakh crore very shortly. In swift and significant move the public private partnership (PPP) model, which is currently not feasible due to multiple issues, has been put on the back burner and projects are being bid out largely on engineering, procurement and construction (EPC) model. The government has also delivered a well-defined and prudent Budget with specific focus on road infrastructure and this again indicates that the entire picture in the road sector is going to witness a sea change in coming days.

Ease of purchase, increasing affordability, growing importance of spacious and safe environs of one’s own home due to increased health consciousness, and the trend of homeownership over renting, have all led to the revival

There are several failures of buildings and bridges and other constructed facilities; it is important to learn from these failures so that such catastrophes do not occur in the future (Feld and Carper

Infrastructure, together with real estate and housing, which are key to economic development, were severely hit due to the Corona pandemic; however, there have been many bright spots, especially the progressive policy