Reviving Real Estate is Good News for us all 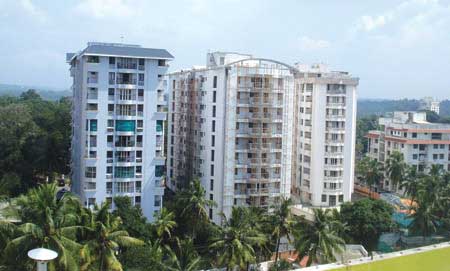 After undergoing a slump, real estate in India is poised for a comeback. This means good news for a host of other industries related to construction. Mukta Naik recounts the trends in the industry for 2010.

Market sentiments have undergone a roller coaster ride in the past eighteen months in the Indian business environment. More so for real estate, which is a high-risk, high-investment and high-involvement business.

During the global economic recession, cash flow was severely restricted both to the developer segment as well as to consumers as home loans became expensive. The stimulus package came as a relief, offering tax reprieves to builders and also sweetening the pill for buyers of middle-income housing with an interest subsidy offered on home loans less than Rs ten lakhs. Policy measures like these as well as a concerted move on the part of builders to lower prices, focus of completing existing projects and offering customer-friendly schemes worked to slowly turn around the mood for the residential housing market. Commercial real estate, more directly connected to the larger economy, continued to be on the backburner.

The first quarter of 2010, however, brought the stirrings of hope into the larger economy and into real estate as well. The GDP grew with an encouraging rate of 8.6% between January to March period. Industrial output increased significantly with the Index of Industrial Performance clocking a 17.6% growth in April 2010. The RBI is confident that the Indian GDP will grow steadily from now on, predicting an overall 8% growth this year. In fact, some 16 realty firms are planning their initial public offerings this financial year, aiming to raise Rs 9000 crore of capital.

The challenge in this will be to support the economic growth with the required infrastructure and suitable policy environment. It is here that real estate plays a critical role, providing necessary infrastructure in vital areas like housing, retail, commercial realty, hospitality, and transport. Lets take a look at how real estate has fared in 2010 so far and what the outlook is for the next 15 months. 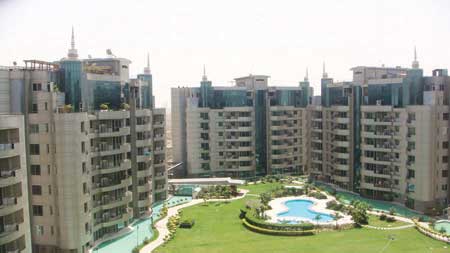 Housing is a pillar of the country's economy. Not only does the construction of homes employ million of construction workers, homes fuel demand for white goods, consumer goods, services and nearly everything in the market that is needed for those who live in them. Creating housing infrastructure in relation to existing or proposed employment opportunities is a sure shot way to develop an area. Developers have studied and imbibed this and are focusing on housing as was seen by several seminars of housing, especially affordable housing organized in 2008 and 2009.

Urban India has a housing deficit of 24.7 million units, so demand is not a problem. However, most of this is in the EWS/LIG segment and some in the MIG segment. Developers are therefore diversifying to explore new types of business models in the affordable housing segment. Several players like Tata Housing, LIC Housing, Janapriya, Ajnara Group and many others have entered the segment with specific business plans.

In fact, housing demand is the main reason for the Indian economy's resilience through the recession as compared to developed economies, where falling home prices signalled the biggest economic disaster of all. "This time, residential real estate demand did not let the global slump affect the Indian market (for too long)," said Anshuman Magazine, chairman and managing director, CB Richard Ellis South Asia Pvt. Ltd, in a recent interview.

This recovery is not consistent across the country, though some pockets are faring better than others. "Recovery has been relatively faster in pockets such as south Delhi and south Mumbai, parts of Gurgaon, central Delhi and Bangalore," said Magazine. "But one has to look at other regions such as Kolkata, Pune, Chennai and Hyderabad. These markets are still lagging behind active markets of Delhi-NCR (National Capital Region) and Mumbai. However, markets are more realistic now." There is an overall feeling of increased investor confidence.

A recent survey by real estate portal makaan.com showed the maximum appreciation over a 12-month period to be in Mumbai. The Mumbai residential market saw a 24.7% jump in prices between January and December 2009, while realty rates in the Delhi-NCR region grew by 8.8 percent largely due to an oversupply in micro markets like Noida and Greater Noida. Pune has been another market that has done well, gaining by 9.9 percent, but Bangalore and Hyderabad are slow on the uptake. Kolkata remained stable and saw several new launches in the residential space with a focus on the end-user segment, especially middle-income homes. Property prices increased by 12.8% nation-wide in this period.

The office real estate market was directly impacted across the country. At present, there is an oversupply of office space across the country. However, it is heartening to see demand picking up. The cumulative off take across the seven active cities of NCR, Mumbai, Pune, Bangalore, Hyderabad, Chennai and Kolkata rose by a 42% quarter-on-quarter in Q1 of 2010. The number of deals were more, deal sizes larger and vacancy rates in many cities began going down as supply went down by 30% year-on-year basis and demand rose. Rentals are also stable and even strengthening in some markets.

The IT/ITeS sector has been the main driver of office space demand as it recovers business-wise in a global context. With the 2010–11 budget not extending tax break to the STPI units, demand for office space increased. A strong trend was the continued moving of occupiers out of the Central business Districts to cost effective suburban areas. It is, however, going to be a slow journey and recovery of the commercial real estate market is only expected to happen in the last quarter of the year and beginning 2011. 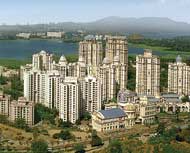 According to a report by DTZ, the NCR region saw a take-up of 1.0 million sqft in Q1 2010, with most of the activity in Gurgaon, Noida (Sector 62) and Delhi SBD. In Bangalore, absorption increased by 125% and the vacancy ratio has peaked at 26%. In short, the city will revive soon.

Chennai supply levels are lower, but there are no conclusive signs of recovery. Kolkata saw some buoyancy, but many deals are still being negotiated. A small increase in uptake is not significant enough to call it a recovery yet.

Pune witnessed a spurt in office space demand during Q1 and absorption rose by 55%, making it promising for commercial real estate. The Hyderabad market was buoyant with take-up increasing by 32% y-o-y.

According to JLLM reports, demand is gearing up in the Mumbai commercial property market. A demand of about 28-29 million square feet exists today, coming largely from the telecom, pharma and corporate sectors. Prices are reaching peak values once again, after coming down 25-30% during the recession.

With several new hospitality chains eyeing the Indian market, new resort and hotel properties are being started across the country. Retail, however, remains weak with demand still low and few new projects coming up. Footfalls and sales are beginning to pick up in some micro markets, but a nation-wide trend has still not emerged.

Eye on the Future

Not everything was lost during the recession. The real estate community took away important lessons, which will serve them well in good times as well. One of the most vital changes that analysts observe is an increased sensitivity to customer needs and expectations. Though not taken very well by the developer community, the government is planning to introduce a Real Estate Regulatory Bill soon to protect the rights of consumers and increase the answerability and transparency in the system. This will be an independent regulatory body like in the insurance and telecom industries. This will urge developers to have a more customer-oriented outlook and better communication. Many of the existing problems are expected to be resolved by the bill.

On the policy front, the upcoming Goods and Service Tax (GST) is being viewed with interest and could spell good news for real estate. Currently, different rates of stamp duty and various taxes at local, state and central government levels make it difficult to transact in real estate. The industry is looking forward to mechanisms for faster approvals and permissions, a better land record system, improved rental laws and other reforms to help real estate grow unhampered.

Going forward, the real estate industry hopes to be a pillar for the revival and continued growth of the Indian economy. Along with its growth, the real estate industry takes forward with it over 250 ancillary industries including construction products ranging from brick, cement and steel, to earth moving equipment, construction machinery, tiles, paints, electrical fittings, sanitaryware, home décor and many others. All in all, a reviving realty market is good news for everyone!