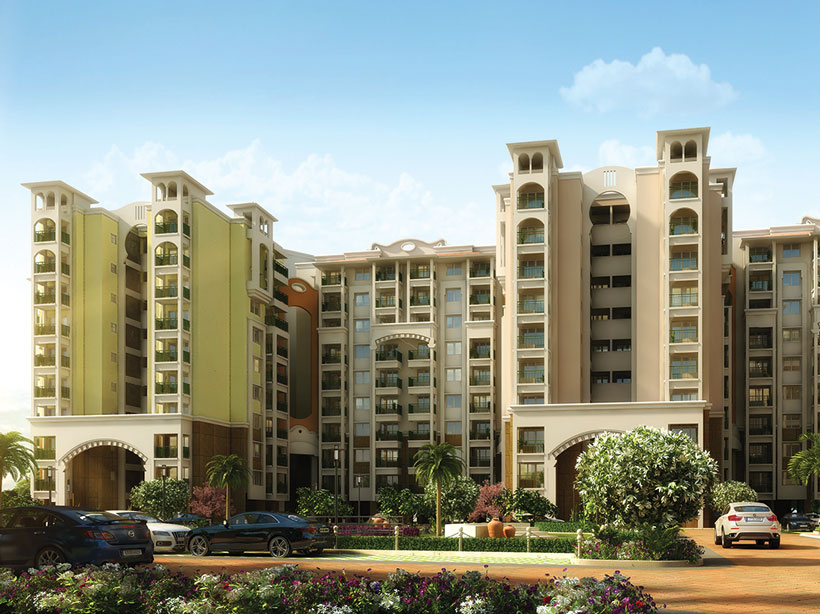 By Jeet Singh
In order to cash in on the sops, tax benefits and other incentives announced in the Budget 2017-18, realtors of various hues heightened their activities to explore avenues to expand their operational ambit. In the insuring race, the big brands are currently busy to add luxury to affordability and preparing roadmap to launch new projects and the smaller ones, who had earlier slowed down the pace of project execution due to cash-crunch, have bounced back with a bang with renewed alacrity and greater enthusiasm. In fact, in the backdrop of multi-pronged strategies proposed in the Budget, are expected to bring down the cost of funds translating into lower prices triggering higher demand for housing units to finally bottom out recession from real estate sector.

The government has set in motion the process of increasing the supply side factors to provide the much needed fillip to improve the sentiment and reduce the hardships of both builders and home buyers alike. In its entirety, granting of infrastructure status to affordable housing, clarity in the area definition for low-cost housing from built-up to carpet area will enable builders to increase the number of projects. The benefits of infra status pertain to access long-term funding at affordable rates from lending agencies and this will be crucial for increasing the confidence of developers taking up projects on larger scale. Alongside, the provision of change in areas will help increase the consumer base and will definitely cut cost for consumers, who were in wait-and-watch mode to buy their dream home. For developers, constructed buildings are stock-in-trade and tax on notional rental income will be applicable after one year, during which they can receive completion certificates. This move will not just give breathing space to the builders but also incentivize them to sell stock as quickly as possible and encourage more rationalization on prices and reduce inventory levels.

These apart, infrastructure spending has been provisioned at an all-time high with the largest-ever allocation to rural housing and improvement of road networks. Modernization of Tier-2 airports and increasing the allocation for metro projects across the country, will be instrumental in driving demand in such cities and create planned urban development including housing units. The government has also provided an impetus to smart cities mission with an allocation of Rs.7,000 crore, paving the way for implementation of such projects. This will drive demand for IT/ITes-enabled real estate projects creating a positive impact on the residential and commercial real estate market. Over a period of time, these initiatives will go a long way to set the real estate sector on the roll.

As a matter of fact, the increased government focus on infrastructure and affordable housing is further going to be a stepping stone to boost housing sector across rural and urban areas. Under the low-cost housing plans, the government has targeted to build one crore housing units in two years and facility to access cheaper institutional funds and tax exemptions to improve margins and tax incentives for affordable housing based on carpet area, are the most sought after initiatives to push realty activities across rural and urban areas. Given the government's thrust, flow of institutional funding to affordable housing is likely to go up manifolds. In another initiative, the Budget has lowered the holding period for gains qualifying as long-term in case of immovable property to two years from three years currently. It will significantly reduce the tax burden of people selling properties after two years and will bring more investment to the sector. 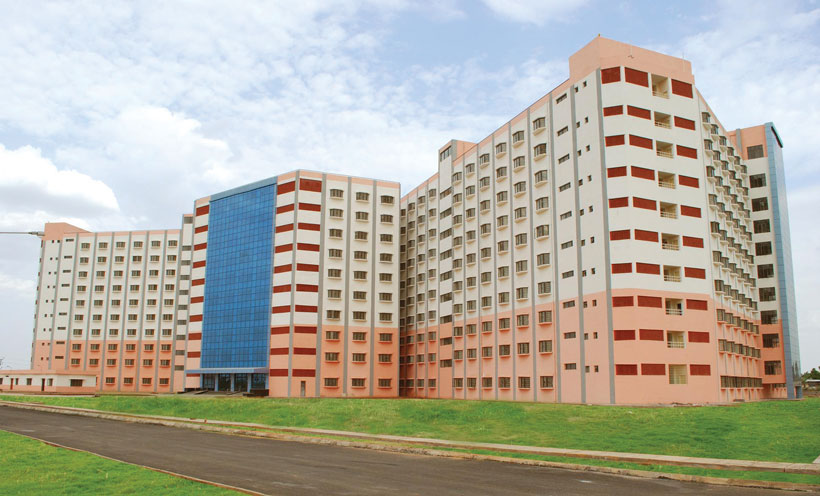 In addition, the government has also changed the base year to which acquisition cost of an immovable asset is indexed to the new base year 2001, as against 1981 earlier, and there is also a proposal to make number of changes in the capital gain taxation structures in respect of land and building. The Budget also addressed the demand-supply gap in relevant micro-sectors and caters to the end-user's demand, rather than fulfilling the demand of speculators. The overall sentiments are currently on the upswing and will lay a foundation towards growth in the affordable housing projects. The model of development is anticipated in moving towards new urban centers and spreading to Tier-2 cities riding on airport development, infrastructure, rail and metro network incentives, and expenditures being proposed in the Budget, thereby reducing pressure on Tier-1 cities.

Developers should not be forced to use 90% of the Floor Area Ratio (FAR) if he is willing to give it up,"Stellar Group's Akshay Sethi says. Echoing similar viewpoint, Managing Director, Eldeco, Pankaj Bajaj, says, “The government must define 'carpet area' that qualifies for affordable housing in various metros. 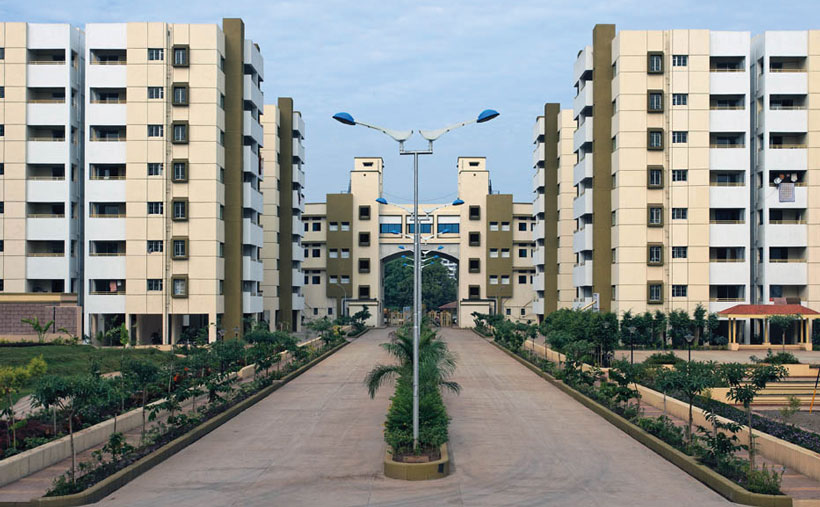 In the emerging environs, the revival in the realty sector is expected to take place from bottom starting from low-cost and affordable housing. Increasing the size to qualify for affordable units has made the entire scheme of thing more palatable, CMD, Knight Frank India, said, adding that availability of funds at lower cost will also bring down the prices when passed on to the consumers, which will further result in higher demand for housing units. In a renewed initiative, the NHB, which is now trying to regulate the smaller, unlisted, and new entrants more effectively, has been empowered to keep a tab on the functioning of small housing finance companies (HFCs). As these financers mostly focus on the affordable housing segment, which commands an estimated size of about Rs.1.3 lakh crore as on March 2016, and accounting for over a quarter of the housing loans. The market share of mid-sized HFCs has grown to 17% in 2016 from 11% in 2014, Crisil said, elaborating that new entrants in this segment are growing at a CAGR of 40% due to its high growth potential.

Sanjay Joshi of HDFC demands that home loans should also cover stamp duties which are10% of the cost. "It will make it very easy for homebuyers to acquire property since there will have easy access to funds,"he insists.

NHB has further directed HFCs to strictly implement the directions with immediate effect and to keep it in the loop in case of any change in the structure of their boards. This is so because affordable housing is a mass housing subject with lower margins and therefore, requires world-class managerial maneuvering, innovative engineering skill, and cost efficiency with low overheads. Developers need to adopt a different and newest skill model because there may not be too much about price escalation in this category, as the market is driven by end-users.

In stark contrast to countless positive budgetary proposals, there has not been any major initiative to tackle the demand side bottlenecks in the realty market because there is no major announcement to alter the construction costs incurred by the developers. Their margins may slightly increase on account of low finance costs on affordable housing, but it is anticipated that the construction costs will increase on account of heavy demand from infrastructure sectors, rallied by high demand of cement, steel and allied construction materials.

Commenting on the flipside of the budgetary initiatives, CEO, Emaar Group, Sanjay Malhotra sought to harmonize Centre and states' regulations as there exist a lot of dichotomy between the Centre's directions and the way states act. Echoing his viewpoint, Chairman, Paranjape Schemes (Construction), Shrikant Paranjape said that the government should help reduce construction costs and suggested SEZ-like structures for affordable housing. When it comes to real estate developers, cost of land is insignificant for affordable housing and that they want to reduce the cost of construction. Summing up the scenario, Gourav Bhutani of Shapoorjii Pallonjii decries that the approvals process are a bit lengthy and costly and may ultimately hamper to achieve the goal of 'housing for all' by 2022. While S.D.Gupta of International Finance Corporation (IFC) demands that housing finance firms needed more long-term funds from banks to meet the huge requirement of affordable housing in the country.