Miles and miles to go...For Indian cities to be truly smart! 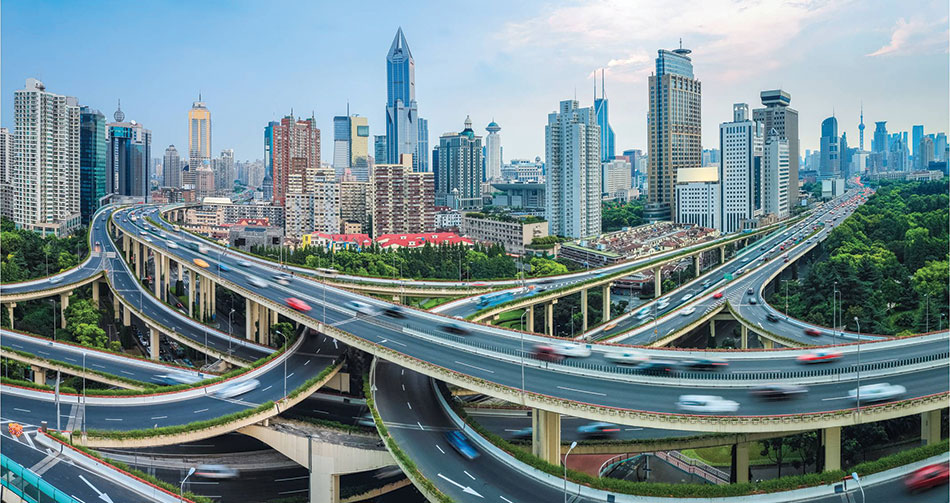 S.K.Khanna
The last few years have witnessed pragmatic policies to bring about an urban renaissance in the country through innovative initiatives in urban development. On the top of such initiatives is the government's flagship scheme, "Smart Cities Mission", launched in 2015, releasing guidelines and mission statement for 100 smart cities projects. 9 more cities to be funded under Smart Cities Mission, have been announced. The mission has been allocated Rs.48,000 crore for five years till 2020. Projects will be undertaken through formation of smart city SPVs. So far, only 58 SPVs have been formed and the process for creating more SPVs is underway.

Prime objective of this scheme is creation of an efficient urban infrastructure in 100 cities by 2020 and modernize the same with high-speed Internet, uninterrupted power and water supply, efficient transport, and infuse a living standard comparable to the best in the world.

Why the need for the Mission?

Migration will be a reality of urbanization as long as the educational facilities, employment, entertainment and better medical facilities are available in urban areas and do not percolate down to rural areas. According to 2011 Census, cities accommodate nearly 30% of India's current population and contribute 63% of GDP. These figures outline the importance of cities and highlight how the country is fast changing from an agrarian to an urban country. Sustainable inclusive development is the mantra with an idea of creating a model which can be replicated across the country. Development of Smart Cities appears to be a logical step in this direction.

What are 'Smart cities?"

In the Indian context, the term envisages some core infrastructural elements that provide an elevated quality of life for the citizens. The emphasis is on use of information and communication technology to enhance the quality of urban services, reduce costs and consumption of resources like water and electricity, focusing on best practices through public-private partnership, providing pragmatic solutions to the most pressing problems and needs of the people, and solutions to facilitate a modern lifestyle. A renewed focus on developing capabilities in cities as different from JNNURM will help the country to realize its potential, say urban planners.

The Smart Cities Mission has got international recognition following London School of Economics' study describing this mission as lighthouses for other cities around the world. It commends India's programme for its different approaches from global conception of smart cities. World Bank and other multilateral institutions have also spoken highly about it.

The scheme has the inherent potential of creating lakhs of jobs. Technology leaders like L&T, Tata, Cisco, GEC, Google, Apple, Tesla, Microsoft Corp, and IBM, are looking for business opportunities and hiring professionals who can understand its concept locally and globally, ensuring quality and timelines.

Interacting with the author during the Global Entrepreneurship Summit in Hyderabad, IBM disclosed that they are converting the Rashtrapati Bhavan into a 'smart' structure to optimize energy management and waste disposal. Cisco Systems Inc informed that it is collaborating with several state governments and has established a smart city surveillance system to provide services to some of the selected smart cities projects. Microsoft Corp is partnering with various cities' municipal bodies implementing e-governance and citizen centric solutions developed on Microsoft technologies. Students from the country's top business schools are lapping the attractive pay packages from corporates for these projects. The gap between supply and demand for professionals in these projects could lift pay packets by nearly 25%, according to the president of the India Staffing Federation and recruiters Manpower Group, Kelly Services, and Global Hunt.

Fault lines in the Mission

The Smart Cities Mission increasingly seems to be appearing as a good idea marred by serious execution and implementation fault-lines with a number of cities across the country vying with each other to climb onto the smart bandwagon without adequate preparation to upgrade their capability to manage the process. Most of the problems in implementation surface at the municipal and urban local bodies (ULB) level that are constrained due to lack of sufficient funds, expertise and skilled manpower.

The scheme could slowly slip into the experience of the JNNURM, warn urban planners, stating that the main reasons for the failure of JNNURM were lack of enterprise in attracting private sector players, lack of reforms at the state and local bodies level to empower them with capability development programe to grapple with the preparation of plans and projects, and explore new revenue models for funding well designed and well managed infrastructure. Notwithstanding the improvements made in the current SCM scheme following the failure of JNNUMR, there are still some weaknesses that need to be taken care of. The sooner these are removed, and additional attributes are added and strengthened 360 degree along with the high–tech infrastructure plans, the closer we will be to implement Smart Cities Mission projects. Timely execution of smart city projects is expected to boost GDP growth, therefore, there has to be greater policy focus on project execution.

The Smart Cities Mission has the potential of playing a pivotal and transformational role by putting in place a framework for municipal financial rejuvenation, especially in raising capital from the market. We need to recognize that municipal finance is an integral component of the public finance system in the country to undertake projects at the local level. The move will strengthen the financial position of over 4000+ municipalities and local bodies in the country and create a pan–India municipal fiscal landscape, promoting a wide range of opportunities for financing local infrastructure projects, apart from leading to systematic fiscal decentralization from states to municipalities.

Responding to recent media reports about the slow pace of work on the mission, the Union Minister-Housing and Urban Affairs disclosed that to expedite the pace of work on the Centre is in the process of setting up 5-6 focus groups to function as expert committees guiding cities implementing smart city projects and ensure their efficiency. "By June 2018 you can start getting physical contours of what a smart city looks like. Different cities are in different stages of processing and tenders. The government has done very well to embark on a process of selecting 100 Indian cities as part of the smart cities programme, which is in the first phase,' he said.

To resolve a cash crunch at the urban local bodies (ULBs) for development of infrastructure in the cities, the Urban Affairs Ministry is working on a plan to provide an ecosystem in which they can raise money through municipal bonds. Rating agency, Crisil in a report said that municipal bonds worth Rs.6,000 crore are expected to be issued over the next 2-3 years. Municipal bonds can help cash-starved urban bodies to raise funds for improving their service quality.

The persistent problem of unspent allocation for the mission is due to a deep crisis about the lack of skill and capability of states and local bodies. Upgrading skill and capability is an evolving process and takes time to mature through innovative administrative and local reforms if Indian cities are to be truly smart, added a senior official of the ministry at the media meet.

In the era of "Smart Everything" with a slew of gadgets from smart phones, fridges, TVs and even smart electronic toothbrushes mapping ones mouth, and Google's latest Bluetooth earphones and other smart gadgets, the concept of smart construction needs to be extended to smart cities. But it is still a long way for Indian cities to be truly smart. The need of the hour is to harness a well networked ecosystem of smart construction technologies and methodologies, new generation machinery and equipment that can reduce the time lag, require less budget outlays and enhance efficiencies.

We must look at adopting newer technologies to deliver faster employing state-of-the art construction techniques and systems underpinned by smart technologies so that Smart cities concept is in the realm of reality and does not remain a distant dream!

After all, the future is about being smart, given the smart aspirations of new generation. Only convergence and collaboration at multiple levels can facilitate smart solutions for the society.

Hike in funds for SCM.

Building smart cities calls for scaling up investments in physical and human infrastructure to make them more competitive, attract new enterprises, and create more jobs, apart from increasing the efficiency of local governments.

In the Budget for 2018-19, the government has proposed an increase of over 50% in the allocation for SCM with an outlay of Rs.2.04 lakh crore. The smart city project will continue to get government support as these cities will greatly benefit from the thrust on infrastructure development using new construction technologies.

It is now time for the first phase of SCM to gravitate to something more concrete. Its success will pave the way for undertaking more works to make cities genuinely smart and bring about smart urban renaissance in the country. With these ongoing initiatives, the next wave of urban renaissance could bring about a four-fold increase in per capita income and accelerate the much-needed improvement in the country's environmental performance index to facilitate a better and elevated ease of living, security and safety for the citizens.