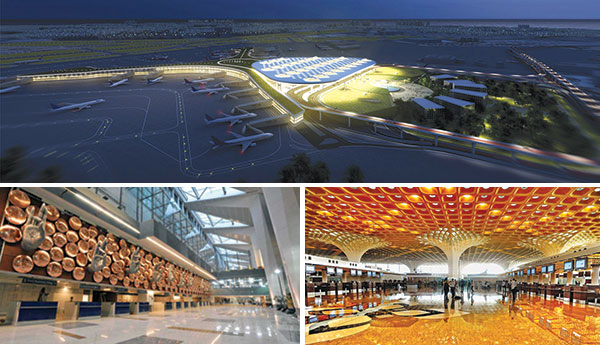 India's first private Greenfield airport project at Durgapur in West Bengal has recently started commercial air operations. Named as Kazi Nazrul Islam Airport (KNIA), it has been developed by Bengal Aerotropolis Pvt. Ltd. (BAPL) with the technical expertise from Singapore based Changi Airports International. There are also plans to construct 14 additional airports in the country under the Greenfield Airport Policy.

New airports are being built following the demand from smaller cities and modernizing the infrastructure of the existing ones. In many small cities, airports have become over crowded. The number of passengers in the last few years has gone up drastically. Last year, the Government of India had announced to build 200 low cost airports in Tier-II & III towns across the country in the next 20 years and moving ahead with this plan, 50 cities have already been identified under the first phase of this development. Moreover, Prime Minister has also instructed the civil aviation ministry to improve regional connectivity and promote regional airports and airlines. India is one of the fastest growing aviation markets in the world, currently ranks ninth and is expected to become the third largest after US and China by 2020.

Rapid urbanization and higher income have resulted in increase of middle class. This has turned India into one of the world's fastest growing domestic aviation markets. Number of Air Passengers is expected to increase by more than 75% in the next six years and it is estimated to exceed 217 million. Smaller cities will drive this growth. According to industry analysts CAPA-Centre for Aviation, the number of people flying from these cities has shot up nearly by 17% a year since 2009, compared with 7.6% from larger cities. This growth will continue as more airports are being built in smaller towns and demand from many other smaller cities is picking up. Consequently, in the last one year, airline companies have been contemplating to cash in on this demand for air travel from smaller regions to compensate for losses on highly competitive "trunk" routes linking big cities.

Existing airports lack space and supporting infrastructure for increase in passengers. Jai Prakash Narayan Airport Patna has become so much crowded that authorities are thinking of having another airport there. Santosh Kumar, who oversees operations at Patna airport, said that Patna Airport is reaching its saturation point and that the city now needs a bigger airport and terminal to handle more planes.

Chief Minister of Uttarakhand has demanded air services from Dehradun to Amritsar and Chandigarh to facilitate pilgrimage to Hemkund Sahib. He has already taken it up with Union Civil Aviation Minister and has also submitted a proposal to develop Pantnagar airport as a cargo hub for the export of perishable goods. He understands the need of air services in today's time. More, safe, and faster connectivity are the keys for development and bringing business to state. Adequate land is available for developing the Jolly Grant airport near Dehradun into international airport. More parking bays and new terminal buildings are required. Understanding the need of aviation for state, Uttarakhand has established its own civil aviation department and is constructing sixty helipads in the state. Chief Minister has said that 24-hour operation of Jolly Grant airport is necessary, especially night parking facilities, which would facilitate morning flights from Dehradun to Delhi and other places. 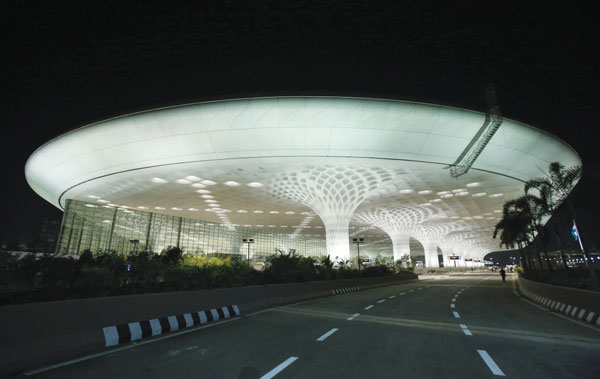 There is also demand of land from Karnataka government to extend the runway of Mysore Airport so that Air India and other players can operate bigger planes from Mysuru to various other destinations.

The government of India has issued instructions to soon complete the construction of Pakyong Airport near Gangtok in Sikkim. Construction of the airport has been delayed by four years. It will be Sikkim's first airport. Remote area connectivity is extremely important for a large country like India. The demand has been raised in parliament several times by MPs, especially for the north east region. Problem is that such air routes are currently unviable because of low demand and high cost of operations. According to analysts, regional connectivity will not become viable unless the government provides subsidy to fly to these destinations. For example, West Bengal government has declared a 100% sales tax exemption on aviation turbine fuel till 2021 for flights refueling at Kazi Nazrul Islam Airport (KNIA) besides a 25% concession on the base fare of the tickets in four passenger categories, in the commercial flight services by Air India.

Amit Dubey, aerospace and defence expert at KPMG in a recent media interview said, "This needs to be facilitated by way of an essential air services fund (EASF) as recommended by the NDA-appointed Naresh Chandra Committee in 2003".

Govt is also trying to revive non-operational airports by waiving off landing and parking charges at these airports. Sources say that roughly 32 smaller airports that are managed by AAI and have not received any flight in the past 18 months will be given waivers. Having airports are key for air connectivity and it's on a high priority of Central Government. State governments have been urged by the Centre to improve regional air connectivity by providing financial assistance to smaller carriers. India is a huge opportunity for MRO (Maintenance, Repair & Overhaul) sector and it can emerge as a big MRO hub.

There is huge potential for growth in the Indian aviation industry as it has a sizeable population of upwardly mobile middle class and non-metros have a potential to contribute to 45% business in next few years. Therefore, it is critical for the industry stakeholders to engage and collaborate with the policy makers to come up with efficient and rational decisions that will shape the future of the Indian civil aviation industry.