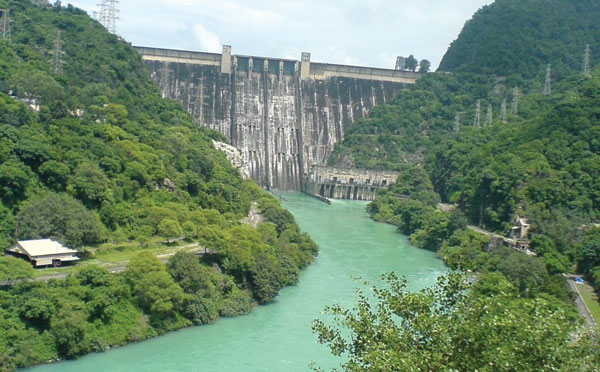 Sandeep Upadhyay, MD & CEO - Centrum Infrastructure Advisory Ltd
The first Hydel Power Station (HPS) implemented in India was Sidrapong one in Darjeeling (West Bengal) completed in 1897 and is still in operation. Hydropower technology is well-proven with efficiency rates which could go upto 90% depending on the design power. The depreciated Hydro Power Stations i.e. Pong on Beas River and Bhakra on Satluj River are currently selling power @ 18 and 28 paise/unit respectively. However, the advantages of longevity and cost of generation doesn't reflect in trends in India's energy mix which is dominated by thermal power (70% share). Hydro, with an installed capacity of 42,783 MW, has a share of around 14% in 2016 coming down from 46% in 1966. This clearly indicates that there is an over-dependence on thermal plants vis-à-vis hydro assets.

The plummeting share of hydro in the overall power portfolio is primarily attributable to the consistent non-achievement of targets. Out of 10,897 MW of target capacity addition as per 12th Plan, only 3811 MW has been achieved, which indicates that only one-third of the target was achieved during the first two-thirds of the period. The same trend was observed in the previous 11th Plan wherein only 40% of the target was met.

Challenges to the govt. and to the private players
As per the Central Electricity Authority Assessment (CEAA), the economically exploitable hydro power potential in terms of installed capacity as 148,701 MW, out of which 145,320 MW is from schemes having capacity above 25 MW. As on Mar'16, the hydro-electric schemes in operation account for only 31% and thus, the bulk of the potential (69% including the projects that are under development) remains to be developed. Globally, countries like Canada and Brazil had harnessed around 48-69% of the economically feasible potential back in 2009.

The Government of India has taken many policy initiatives for sustainable hydro-power development. In 2008, the government came out with a Hydro Policy with an objective to achieve the implementation of these projects. The centre and many states have initiated hydro projects through PPP to attract investors for the development of water resources in an environment-friendly manner and to generate revenue while ensuring project viability. Odisha adopted PPP policy in 2007, Arunachal Pradesh (2011), Uttarakhand (2012) and Andhra Pradesh & Gujarat had framed PPP policy. Many projects had been allotted under PPP, however, some of these projects have struggled in the past due to several reasons such as R&R issues, land acquisition problems, clearance and approval procedures, capability of developers, etc. These issues resulted in a declining share of hydropower in India's power mix by almost 32% in the last 50 years. For example, in Arunachal Pradesh, out of 120 MoUs (~40 GW) signed in last dacade, most of the projects are at a standstill. India added 1824 MW of large hydropower capacity in 2015, most of these projects have a troubled track record in one way or the other that include issues like land acquisition, R&R, and cost escalations.

Due to inherent risks associated with the sector, such as geological surprises, natural calamities, environmental & forest issues, and rehabilitation and resettlement issues apart from commercial risks and change of river basin during operation, many developers are averse to enter into the sector. The major commercial deterrents for the private developers are high capital cost and long payback period due to high gestation period which may also create issues in financing.

Solutions and policy framework need to be looked into
Though, PPP is most suitable for hydro-power projects as it solves budgetary constraints, ensures faster implementation of projects, and balances project risks, however, without monitoring of implementation, it may lead to disasters like one happened in Shree Maheshwar Hydel in Madhya Pradesh, which is still not operational though project implementation started in 1992. This calls for central government to setup a separate body in partnership with the state governments for active monitoring of the progress of Hydro projects and resolve the impediments by directly overseeing issues such as land acquisition, rehabilitation & resettlement of affected people, expediting environment and forest clearances, interstate disputes and law & order issues arise due to these projects.

Private developers, today seek commendurate returns with respect to risks involved in the sector. The private developers today have avenues to invest in Solar Power and Wind Power where technology risk is minimal and these projects with the same capacity in Hydro can be implemented within a significantly lower time vis-a-vis what is required for implementation of Hydro power project. Further, solar and wind power projects today are comparatively lower capital intensive as compared to Hydro. In view of this, untill and unless the government promises effective intervention in laggard long-drawn clearance processes and takes responsibility in R&R, land acquisition, evacuation, law & order problems, and other disputes, the investor confidence which as of now has plummeted will not restore.

India has vast potential for hydro-power development. A major part of the unexploited potential exists in Himalayan and North Eastern regions. The hydro sector inherently poses few challenges primarily on account of risk associated with implementation that can be mitigated with timely involvement of government agencies to be made responsible for. The private developers will engage themselves only if they find compatible risk adjusted returns in the hydro sector. Thus, government has now two-fold work of removing the impediments and restoring the investor's interest in the sector and to create an enabling environment.