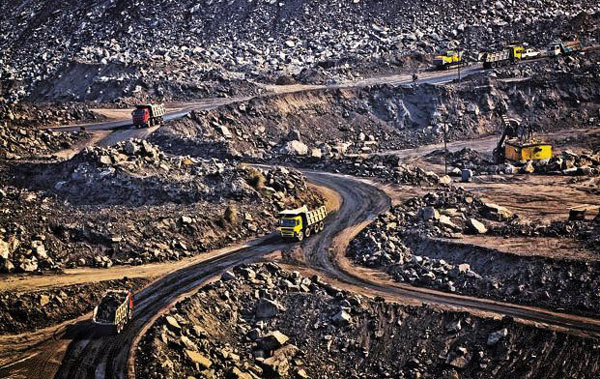 Geology and Reserves of Indian coal

Coal is the most abundant fossil fuel resource in the country. India, currently, stands fifth in terms of total World Coal Resources, whereas it is third from the point of view of identified reserves.

The coal occurrences in India are mainly distributed along the present day river valleys i.e. Damodar Valley, Sone-Mahanadi Valley, Pench-Kanhan Valley, Wardha-Godavari Valley etc. There are 69 major coalfields located in the peninsular India besides, 17 located in the north-eastern region. The bulk of the coal reserves are confined to the south-eastern quadrant of the country in West Bengal, Jharkand, Orissa, Chattisgarh & Madhya Pradesh. 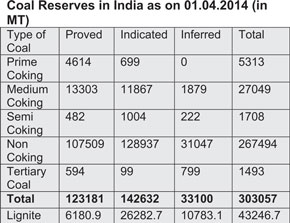 Currently, lignite reserves in the country have been estimated at around 43 billion tonnes, most of which, occur in Tamilnadu. Other states where lignite deposits have been located are Rajasthan, Gujarat, Kerala, Jammu and Kashmir and Union Territory of Pondicherry.

When India gained its independence in 1947, the coal production was nearly 30 million tonnes per year and the coal mining operation was primarily in the private sector. Till 1971-73 the coal mining operation remained primarily in the private sector and the production had come up to a level of nearly 72 million tonnes per year only. The entire coal industry in India was nationalised during 1972-73 and then on massive investments were made by the Government of India in this basic infrastructure sector. India now ranks as the third largest coal producer of the World next only to China and USA.

Mining depths in Indian coalfields are quite shallow, barring a few mines in Jharia and Raniganj coalfields. Major share of coal resources lies at a depth of less than 300 metres. About 87 percent of coal resources lie within the depth range of 600 metres. However, in most of the coalfields, exploration work beyond 600 metres depth is yet to be taken up. It is expected that the resource figures will improve considerably, with increased depth of exploration.

Deposit characteristics vary widely from coalfield to coalfield. In some areas like Jharia and Raniganj coalfields, high concentration of super imposed seams (as much as 40 in number) pose great challenge to mining operations. Presence of a large number of thick seams, though a blessing for open cast mining, is again a major underground mining problem. Reserves in steeply inclined seams are, however, only marginal.

Geological inconsistencies like faults, folds, washouts etc, common in most of the coalfields, tend to reduce the mining potential of deposits. Intrusions such as dykes and sills often lead to operational problems and quality deterioration.

Nearly all Indian Coal seams are prone to spontaneous heating. The incubation period varies widely from 2 to 12 months. However, compared to gas emission in other parts of the world, the coal seams in India are less gassy.

Due to the very nature of deposition, Indian coals, in general, are of inferior quality owing to high ash percentage, when compared with coal available in the international trade arena. Despite this, Indian coals in general merit better environment friendly use because of: