A smart city is one that uses information technology to solve urban problems. 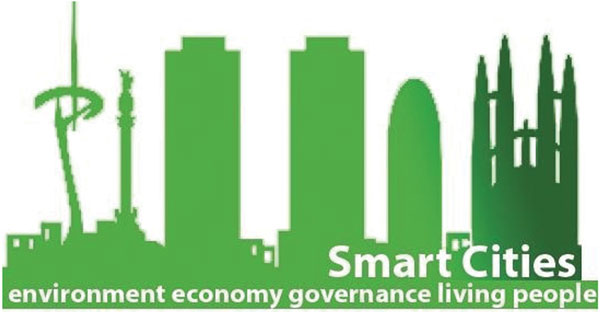 A 'smart city' is an urban region that is highly advanced in terms of overall infrastructure, sustainable real estate, communications and market viability. It is a city where information technology is the principal infrastructure and the basis for providing essential services to residents. There are many technological platforms involved, including but not limited to automated sensor networks and data centres. Though this may sound futuristic, it is now likely to become a reality as the 'smart cities' movement unfolds in India.

Smart city is not an alien concept to us Indians. The Harappan civilisation (2750-1800 BCE) was way ahead of its time in urban development. That level of development was seen again only during colonial rule (18 – 20th century AD). Examples from our rich history can also help in creating smart cities.

Across the world, the stride of migration from rural to urban areas is increasing. By 2050, about 70% of the population will be living in cities, and India is no exception. It will need about 500 new cities to accommodate the influx. There is accordingly a crying need for the cities to get smarter to handle this large-scale urbanization and finding new ways to manage complexity, increase efficiency, reduce expenses, and improve quality of life.

Experts predict the world's urban population will double by 2050 – which means we're adding the equivalent of seven New Delhi Cities to the planet every single year. Urban areas also contribute a higher share of GDP. In India, the urban population is currently 31% of the total population and it contributes over 60% of India's GDP. It is projected that urban India will contribute nearly 75% of the national GDP in the next 15 years. Cities are accordingly referred to as the engines of economic growth.

To build the cities that the world needs, we need a scientific understanding of cities that considers our built environments and the people who inhabit them. Our future cities will desperately need such understanding. People migrate to cities primarily for employment. To support their happy and comfortable living, they also need good quality housing, cost efficient physical and social infrastructure such as water, sanitation, electricity, clean air, education, health care, security, entertainment, etc. Industries also locate in cities because there are agglomeration economies that provide easy access to labour and other factors of production. In this context, Smart Cities are those that are able to attract investments. Good infrastructure, simple and transparent online processes that make it easy to establish an enterprise and run it efficiently are important features of an investor friendly city.

Smart Cities are those which have smart (intelligent) physical, social, institutional and economic infrastructure. It is expected that such a Smart City will generate options for a common man to pursue his/her livelihood and interests meaningfully.

It is also expected that city will be sustainable from social, environmental and financial considerations.

Draft Revision of Code IS: 16700 for ‘Tall Concrete Buildings’

High-rises in India have reached 280m; 300m tall buildings are under construction, and 500m are at proposal stages. This recent development has pushed the need to stipulate Indian building codes. IS 16700 deals with tall buildings, but now, some