Recognition for Green Projects in India 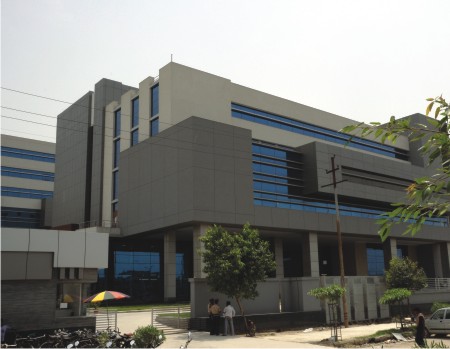 The Green Boulevard, Noida, NCR developed by Kotak Realty Fund and 3C Group has received the LEED Platinum rating in Core and Shell category by US Green Building Council (USBGC)—the largest in the world to be so honored. With this rating the Green Boulevard gets to be counted in the ten green buildings to have been recognized with the Platinum rating. It shall also be one of the first projects to be awarded carbon credits. 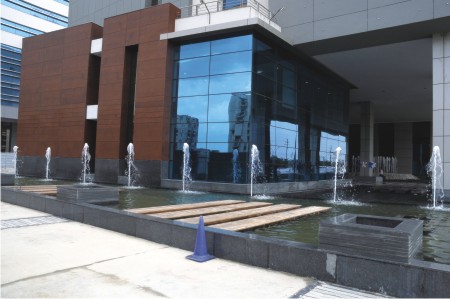 The Green Boulevard project is a 9,52,000 square feet built-up, 700,000 square feet gross lease area in a state-of-the-art commercial (IT/ITES) facility that took on execution pressures and achieved completion and leasing ahead of defined timelines. The occupants are corporates like Accenture, Sapient, Nokia, Siemens and others who appreciate and participate in environment concerns along with their core businesses. The 3C Company is the only Asian company to score a hattrick with three Platinum LEED certifications and two other Gold LEED certifications for their projects. The Platinum scorers besides Green Boulevard are Patni campus, Noida and Wipro campus in Gurgaon. They have recently launched India’s largest green residential estate the Lotus Boulevard in Noida. Developers and clients see the project as an indication of the growing importance being given to developing Green buildings in the region.

Right from the beginning

The 3C Company worked to be environment–friendly right from the design stage. The design concept was built around the principle of balancing environmental responsibility, energy efficiency and efficient deployment of resources while offering occupant comfort and guarding community sensitivity. The project was worked out to be a multi-tenant project based around the concept of offering every occupant a campus-like environment, shared common areas, facilites and privacy where needed. Envisaged with a long–term alignment for the health and vitality of the planet, the design is inspired from several elements of nature that also innovatively generate significant economic advantages.

The stilted lower floors set the mood for bonding with the common areas of an amphitheatre, a gym, a cafetaria and shops occupying the space. The Main and Service cores on the periphery cater for easy access. The shaded landscapes are easy on the eye and serve as a physical connection to the interactive environment. Over these are the three towers that are staggered horizontally and vertically. The staggered design gives each tower visibility from the road.

The second floor marks the start of the offices that is the private areas. Ambient temperatures are reduced with water bodies and plants in the shaded landscape courts. The towers around these courts are designed with a depth optimized to capture daylight and maximize views.

Green Boulevard has some ingenious elements incorporated to prevent heating with the incidental sunlight. The building is oriented in the north-south direction. The horizontal projection design element blocks the sun from the south while the exterior shading systems reduce the heat and glare while allowing ambient light inside. Heat reduction is further achieved with the circulation of pre-cooled air, the heat recovery wheel and free cooling in fine weather. The energy conservation through active and passive features has been estimated at a 40% over any other Indian office building.

The project involved the services of a commissioning agency for the fundamental commissioning, additional commissioning and measurement and verification of building systems. Developers and clients see the project as an indication of the growing importance being given to developing Green buildings in the region. The prospects for fresher and greener projects certainly look encouraging. 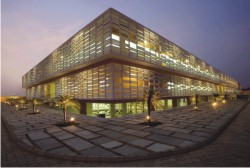 The Pearl Academy of Fashion, Jaipur is making a fashion statement in its own right. It is keeping up with the trends of contemporary architecture while its design strength lies in the rich traditional building elements. The architecture from Morphogenesis, Delhi has merged the building seamlessly into the surroundings of the desert while the formal geometry is almost symbolic of the serious academic orientation of the activities within.

This project has generated tremendous interest in international media and has been published in premiere journals and newspapers such as The Guardian, (UK), Domus, The Plan (Italy), Wallpaper (UK), Roof and Façade (Singapore) etc. In addition to this, the project has also won numerous international awards and accolades. These include: The principle reason for this tremendous interest, coverage and accolades is that the project establishes itself as a benchmark for low cost, innovative, institutional building design while successfully dispelling the myth that Green design entails higher cost. 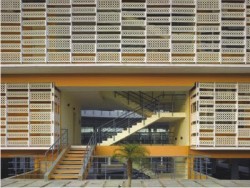 Indo-Islamic architectural element, like the jaali forming the exterior skin, gives the building the traditional look. Set in adverse climate the design went on to address the challenge of controlling micro climate within the project. The jaali façade with its double layering works to keep out the incident heat from direct sunlight, while giving the traditional look to the structure. The density of the perforated jaali was worked out with computational shadow analysis based on orientation of the facades.

The outer layer stands four feet away from the building, creating a natural thermal buffer. Between the double layers of the façade, flowing recycled water cools the hot air entering the building.

Water pools in the basement imitate traditional step wells or baolis. The scooped out under belly serves as a thermal sink, where the water cools the surroundings through evaporative cooling though the day. At night, as the desert cools, the under belly releases heat and keeps the surroundings cozy.

The Pearl Academy of Fashion is self– sufficient in terms of captive power and water supply. Inviting natural light into the building also promotes energy efficiency due to the reduction in dependence on mechanical environmental control. This factor adds to meeting the client requirement of working within budgetary constraints while achieving the desired functionality and effect. While climate control is managed by the design, water self– sufficiency comes from rain water harvesting and waste water re-cycling through the use of a sewage treatment plant.

The entire design has ensured that the creative mind of the design student takes in the design elements in the built form as a part of the daily life. The materials used for construction are a blend of local stone, steel, glass and concrete in a manner that retains the progressive design intent. The under belly, with shallow pools and raised sides serves as a recreational area for the students. It also houses the essential facilities of a catwalk ramp and an exhibition area to display their creations.

This successful model of effective passive architecture complements the ideology of the Academy itself – a cutting edge design institute with a sustainable approach. 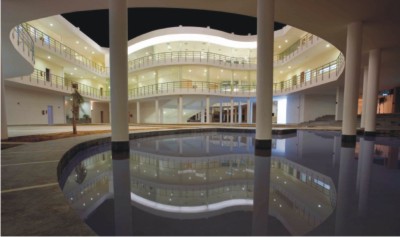