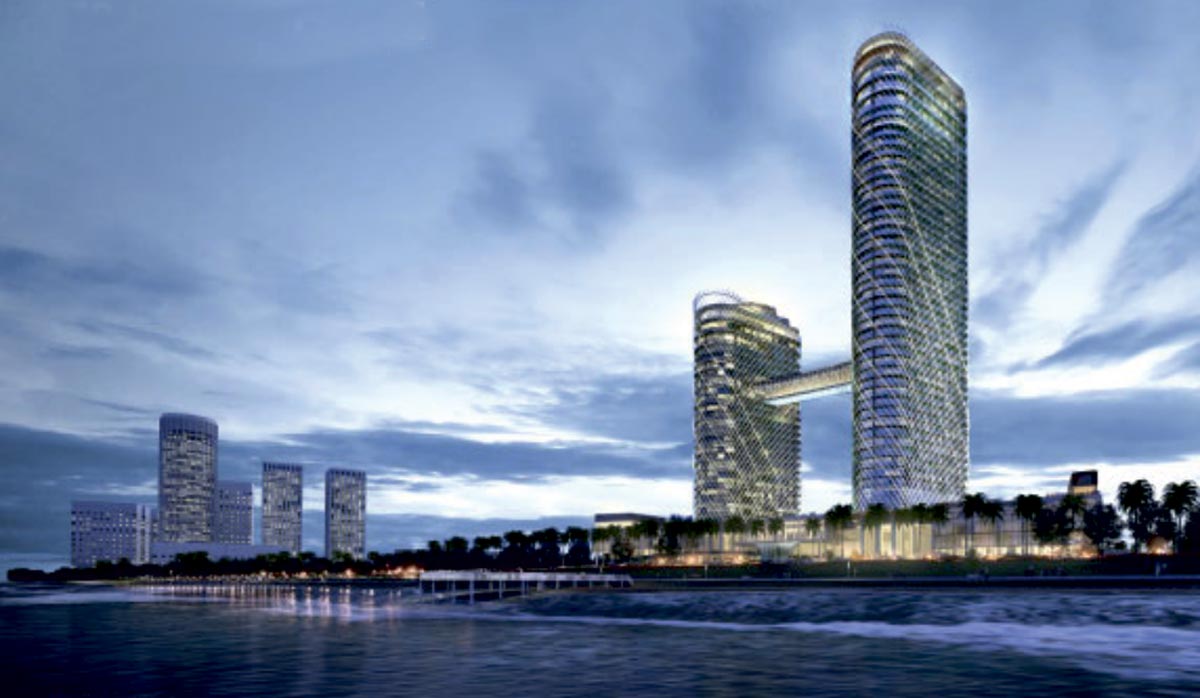 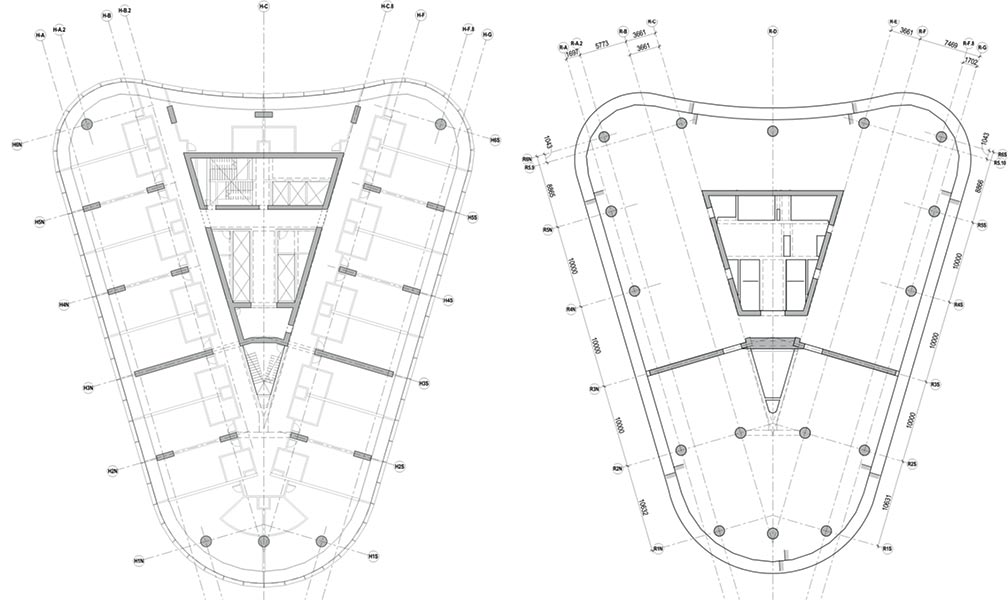 Welcom Hotels Lanka is currently setting up the ITC Colombo One Project at Colombo in Sri Lanka. The proposed project is located on the coast of Colombo, having the oceanfront on the west side and Beira Lake on the east. Gensler of Los Angeles, California, have been appointed as the Concept Architect for the project and Surath Wickramsinghe Associates Sri Lanka as Architects on record. Further, Sterling Consultancy Services and Thornton Tomasetti Inc. have been engaged as structural consultant and peer reviewer, respectively. Initially, all the concept design including preparation of design basis report etc. were prepared by Thornton Tomasetti Inc.

The project includes a 49-story Residential Tower (224-m) and a 28-story Hotel Tower (139-m), connected by a 54-m long sky-bridge at levels 19 and 21, featuring an exterior pool deck on its upper level and lounge/dining area on the lower level. A four-storey podium surrounds the towers, providing space for lobby, retail, office, and special events. Four basement levels are dedicated for parking, MEP and back of the house functions.

The project is primarily reinforced concrete construction, with only a few components utilizing structural steel. Lateral stability for the towers is provided by reinforced concrete shear walls organized around the cores of each tower. Concrete link beams connect individual wall segments, within each core, enabling them to work together to resist lateral loads.

The gravity system consists of a reinforced concrete flat slab supported on concrete columns and core walls. The Hotel Tower utilizes a ‘double column’ scheme with columns located on every other hotel unit demising wall, yielding a span length of 10 meters. The Residential Tower utilizes a ‘single column’ scheme with column locations coordinated with the interior architecture of the tower, also yielding a span length of 10 meters.

During the concept design phase, several structural systems for the towers were studied, including: After a Concept Design, it was decided to proceed with the core-only /flat slab scheme as this system provides the overall better solution considering structural performance, cost, construction speed, coordination with other disciplines as well as architecture.

A sky-bridge connects the Hotel Tower with the Residential Tower at Level 19 and 21. The program for the sky-bridge will include an outdoor pool and deck at the upper level and a bar lounge area at the enclosed lower level. During the Concept Phase, several structural schemes for the sky-bridge were studied and it was decided to proceed with the central box truss system.