Draft Revision of Code IS: 16700 for ‘Tall Concrete Buildings’ 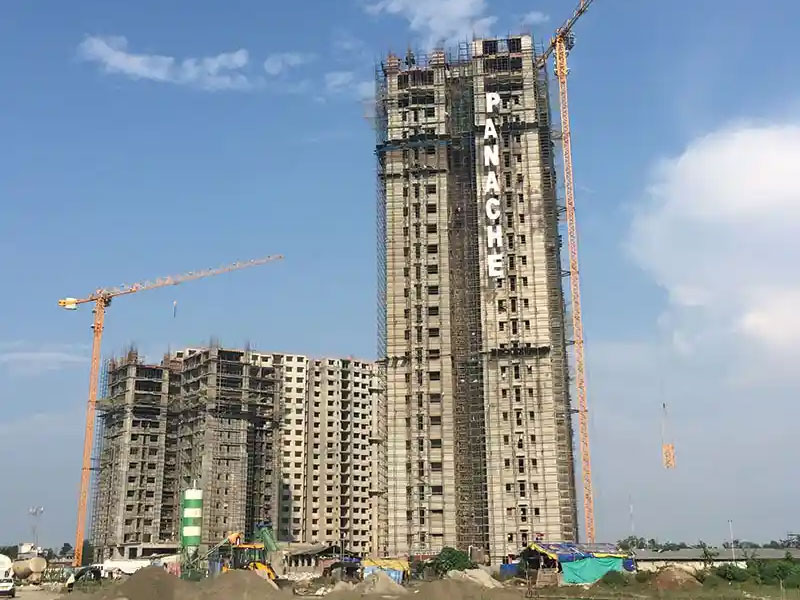 Eros Corporate Park
High-rises in India have reached 280m; 300m tall buildings are under construction, and 500m are at proposal stages. This recent development has pushed the need to stipulate Indian building codes. IS 16700 deals with tall buildings, but now, some modifications are needed to enable flexibility in the shape of the buildings and to comprehensively address issues like structural systems and wind and seismic effects on high-rise buildings.

An online technical panel discussion on ‘Draft Revision of Code IS: 16700, applicable for Tall Concrete Buildings’ was conducted by IAStructE to discuss the codes applicable for high-rise buildings in the current context. The panel discussion was moderated by Er Alok Bhowmick, Managing Director, B&S Engg. Consultants Pvt. Ltd., Immediate Past President of IAStructE & current chairman of Professional development committee of IAStructE. The discussion raised many important issues, observations and questions by the participants, as given below:

“The new version of the code should have enabled flexibility in design by allowing different structural systems without restrictions. In place of restrictions on the use of structural systems, it should have rather provided limits on different design parameters. The draft states that IS 16700 is not for buildings within a 10km radius of a known seismic source, but it does not clarify what is to be done if the building falls within the 10 km radius of seismic source,” observed keynote speaker of the session, Prof. Yogendra Singh, IIT Roorkee. “Earlier, shear walls could be provided only at the center, but that could lead to torsionally flexible buildings. The new code requires placement of shear wall well distributed in plan. This will results in enhanced torsional stiffness. Along with this, there is a new expression for natural period and inter-story drift,” he adds.

Prof. Mahesh Tandon, Managing Director, Tandon Consultants, suggested reconsideration of the nomenclature in Clause 5.1:1, Table 1., and that figures should be added for better understanding of the code. “A new expression for estimating the fundamental natural period of buildings over 50m height has been provided in Clause 6.3.4. However, in Clause 6.2.2.1, it should be specifically mentioned that the guideline is applicable only when Wind Tunnel studies are performed. Provisions regarding “Code exceeding buildings” are unprecedented. This is possibly the only BIS code that has such a provision. Why it has been introduced and the modus operandi to have it accepted has not been explained to the satisfaction of the Code user.”

Vipul Ahuja, Director, Ahuja Consultants, elaborated on Chapters 7 and 8, and highlighted missing elements in Table 5, which include, shear cracking in all elements, coupling beam cracking, and diaphragm in-plane cracking. “Minimum thickness of wall as per the code is 160mm, which has to be increased to 240mm or 300mm, since mere 160mm will make the construction susceptible to honeycombing. In Clause 8.5.10, it is suggested that it should be clearly mentioned that in hinging zone, splicing is not allowed. In Clause 7.3.10, the ‘R’ value is said to be misplaced,” he said.

According to Girish Dravid, Director, Sterling Engineering Consultancy Services, “Soil structure interactions should be made mandatory in case of raft foundations, and without piles also. Architects and MEP consultants should know the code too. If special code is used only by structural engineers, then there will be a problem in co-ordination.

Sangeeta Wij, Managing Partner, Prime SD Engineering Consultants, suggested that it was essential for architects to know the code, since many a times they design buildings that are highly irregular and impossible to design as Earthquake resistant, particularly in higher seismic zones IV and V. There is too much steel demand, owing to such irregularities and Structural Engineers bear the brunt of increased cost. Table 11 gives a generic format for code exceeding buildings. But there are many such buildings already existing which exceed the code and we don’t have a Watchdog or a Clear BIS Code mandate as to what needs to be done for such buildings. E.g, thousands of NCR Buildings are more than 50 metres tall and built as Moment resistant Frames, now disallowed in BIS 16700. Similarly, many elevated metro stations have extreme soft storey and fall outside the code in case of Clause 5.3 of the Annexure table. We definitely need firm and clear cut guidelines as to what needs to be done in such cases. Another aspect to be discussed and debated is , which Authority will identify that the project is a code exceeding project? There is no authority that has been allocated that power yet,” she highlighted. In addition,it is also very difficult (practically)to analyze whether multiple towers with single podium adhere to clause 8.1,” she added.

Alok Bhowmick, Immediate Past President, IAStructE, who was moderating the panel discussion, drew attention to Clause 1.3, which states that only buildings with less than 20,000 occupants have to be considered. Since this statement is vague, he suggested that either it be removed or reviewed. He also drew attention to Clause 1.7, which allows non-conforming buildings through appointment of ERP / SDR. He considers this provision of the code as unprecedented in the history of BIS and should be withdrawn. According to him buildings and structures shall be code compliant. Annex – A shall be deleted. Usage of software is highlighted in Clause 7, on which all panelists unanimously opined that it has to be made mandatory and that only the latest versions of software be used. “In many clauses like Clause 7.4.1, and Clause 9.2, the language used is too vague and attention has to be given to make it clear to all designers,” he advised.