World's first tall, steel framed building is the 10-storey, 42 m tall The Home Insurance Building, which was built in Chicago (Fig.1), Illinois, USA during 1884. It was designed by engineer William Le Baron Jenney. In 1890, two additional floors were added, increasing its height to 54.9 m. It was the tallest building in the world from 1884 to 1889 and was demolished 47 years later in 1931 to make way for another skyscraper, the Field Building (now known as the LaSalle Bank Building). In addition to being the first of a new generation of steel-framed skyscrapers built in the world, the building set the standard for various other building innovations, including rapid, safe elevators, wind bracing and modern plumbing (www.history.com). It has to be noted that this building relied on its masonry cladding for stability-the iron columns were merely embedded in the walls, and their load carrying capacity was considered to be secondary to the capacity of the masonry, particularly for wind loads. 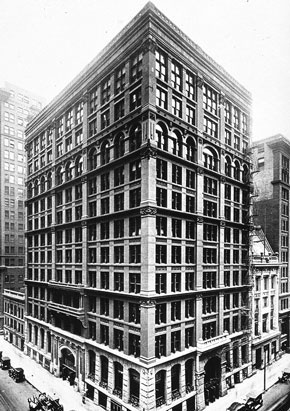 Figure 1: World’s first steel framed skyscraper- 42 m tall The Home Insurance Building, Chicago
By the time New York got its first steel-frame skyscraper in 1889-the Tacoma Building on Wall Street, Chicago had no fewer than five such buildings. In just 28 years, skyscraper technology progressed to the 60-storey Woolworth Building in New York. This and other tall buildings, built till the 1900s, were constructed with built up H sections and the steel framing, at their perimeters, and were completely encased by masonry, concrete, or a combination of both, to provide fire resistance (However, the designers of these early moment frame structures neglected the contribution of concrete/masonry encasements, which substantially stiffened and strengthened the steel framing and provided significant fixity at the framing connections for both gravity and lateral loads). By the early 1900s, the built-up sections were replaced by rolled H sections (a good example being the Empire State Building in New York, USA). Most or all of the columns, interior and exterior, were part of the lateral load-resisting system. The weight of the walls, cladding, and floor systems of these buildings were so great that their column design was controlled by the gravity loads and not by the lateral loads. 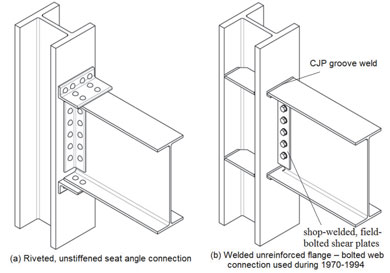 Figure 2: Earlier connections used in moment resistant frames (Hamburger et al., 2009)
The buildings built after the World War II adopted modern glass and aluminum curtain wall systems instead of the in-fill perimeter masonry walls, for reasons of economy. These frames had connections without gussets, using angles or split tees to connect the top and bottom flanges to the steel H columns, as shown in Fig. 2 (a). When welding was introduced in the 1950s, the angles and split tees were replaced by flange plates that were shop welded to the column flanges, then riveted to the beam flanges (rivets were replaced by high strength bolts in the 1960s). During 1970-1994, designers used the connection as shown in 2(b), which had field-welded, Complete Joint Penetration (CJP) groove welds to connect beam flanges to columns, and shop-welded, field-bolted shear plates joining beam webs to columns.

Earlier research by Professor Egor Popov at the University of California at Berkeley in the 1960s and 1970s showed that in order to obtain superior inelastic behavior of steel moment resisting frames in strong earthquakes, it is necessary to adopt proper proportioning and detailing of these frames. These design criteria were introduced in the 1988 Uniform Building Code, and the frames designed as per these criteria were designated as Special Moment-Resisting Space Frames, and were assigned the highest R factor. It is important to realize that after 1980s, engineers adopted designs which minimized expensive site welding and economized their designs. This resulted in using fewer bays of moment-resisting frames, which had heavier beams and columns. In some extreme cases, tall structures were provided with only a single bay of moment-resisting framing on each side of the building, resulting in less redundant structures with more concentrated lateral force resistance (Hamburger et al., 2009)