Countdown to Opening of Shanghai Tower, Second–Tallest Building in World 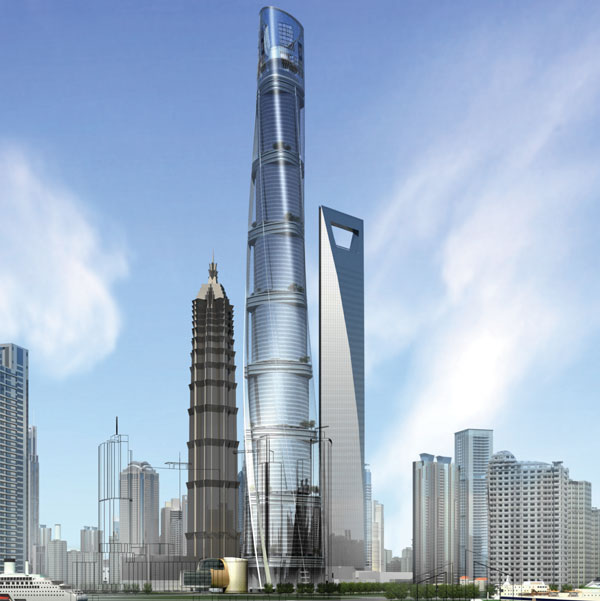 
The countdown is on, with only a few days left until the opening of the 632-meter (2073 feet) tall Shanghai Tower, China's tallest building and the world's second-tallest. Scheduled to open in May 2015, the Tower is designed by Gensler and 2DEFINE, and it is owned by a Chinese state-owned company. It is the tallest of a group of three adjacent super-tall buildings in Pudong, the other two being the Jin Mao Tower and the Shanghai World Financial Center. While, Jin Mao Tower and Shanghai World Financial Center represent 'China's Past' and 'China's Present', respectively, the Shanghai Tower will symbolize 'China's Future'.

The construction began in 2008. The Tower is now completing its final phase which is focused on constructing the buildings' interior, which includes the first several floors and the top floors. It will have 128 storeys, including 5 below ground, and a total area of 538,000 m², once completed. The Tower's shape is twisted at 137 degrees in order to make it "un-aerodynamic" and withstand a wind load up to 118 mph. The structure's cylindrical and curved design was chosen mainly to force the wind up and away from the building.

Aiming for a LEED Gold certification and a Three-Star rating from US Green Building Council and China's Green Building Committee, the Shanghai Tower is equipped with sustainable features like a double wall (double skin), geothermal coupling for HVAC needs, wind turbines near the roof to generate power; rainwater collection system to gather rain for secondary uses and high-speed elevators that will generate supplemental power. 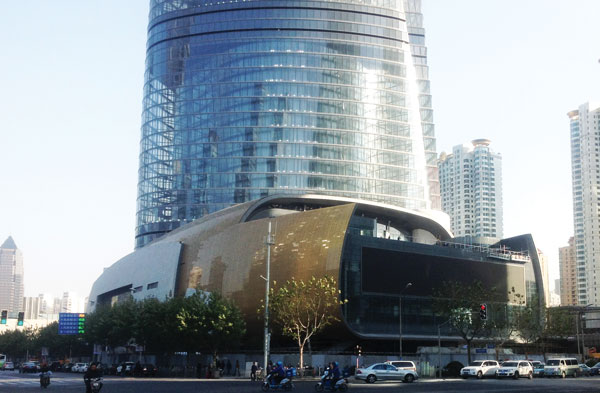 Caption: Tower’s podium or base, which includes the entrance, main lobby and a retail shopping area. Below the podium (and not visible here) is underground parking and access to the nearby Shanghai metro. Credit: Marshall Strabala, Strabala+ Architecture

The Shanghai Tower will be the tallest double-skin building in the world. It functions very much like a thermos bottle, and keeps the inside warm in the winter and the occupied space cool in the summer. Insulation is the number one sustainable measure an architect can use to save energy.