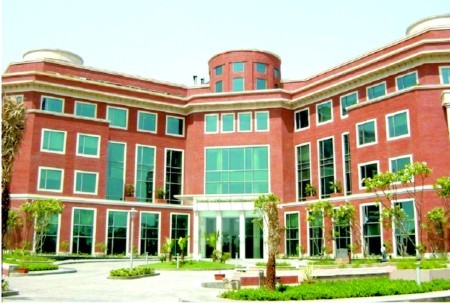 Countries around the world have been a part of this global crusade to give back to the environment, a cleaner, greener place to live in. With countries like USA, UK and others already done their bit, India too had been a part of this, but lately has started contributing in a big way to this cause. Buildings in India have already been constructed keeping the 'green' factor in mind but with more and more awareness and techniques available to make more environment-friendly and cost-effective buildings, several developers have gone for it and have bagged honors for their efforts and made the buildings famous! With numerous green buildings already in India and more coming up, here is a sneak peek at some of the famous buildings who have left their green footprints in the world of architecture. 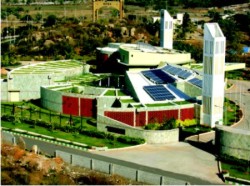 The CII-Sohrabji Godrej Green Business Centre has been a bellwether when it comes to the 'green' building revolution. This amazing structure bagged the prestigious Platinum award from the U.S. Green Building Council (USGBC) in 2004. Designed by the renowned architect, Karan Grover, some of the outstanding features include:

ITC Green Centre, Gurgaon, the futuristic building of ITC has also become one of the first few to be awarded the Platinum Green Building rating by USGBC-LEED (Green Building Council-Leadership in Energy and Environmental Design) in 2004, after CII- Sohrabji Centre. Being the largest Platinum-rated building in the world, it has some remarkable features including: 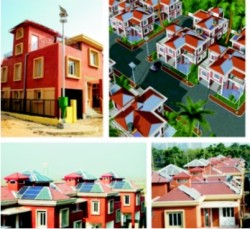 Biodiversity Conservation India Limited or BCIL, a Bangalore-based construction company has caught the eyes of the Japanese! BCIL’s T-Zed Homes, an eco-friendly homes project in Bangalore has been awarded the prestigious ‘Ryutaro Hashimoto APFED Award’ for good practices towards sustainable development in the Asia-Pacific region. Bagging the award in July 2008, BCIL is the only Indian company to have won this honor. The T-Zed Homes’ has some remarkable features like: 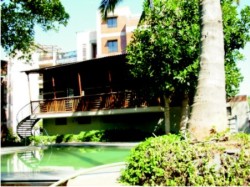 This is India's first green housing project. Rabi Rashmi Abasan is part of a new district development in Kolkata using roof-integrated photovoltaics. The brain behind this amazing project is Mr. S. P. Gon Choudhary, managing director of the West Bengal Green Energy Development Corporation Limited (WBGEDCL). The project has been recently completed. What is outstanding about this project is: