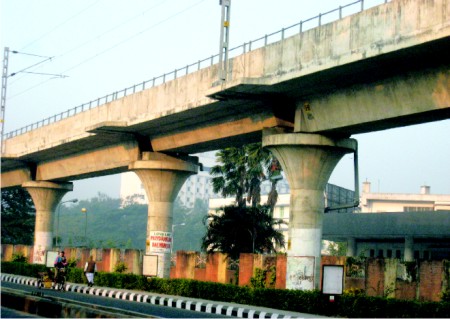 
Most Modern Bridges are Built Segmentally. In such bridges, the components carry loading in a configuration other than thecompleted structure. Stress during construction exceeds that of the completed structure. Early-age loading of concrete results in large deformations. Bridge engineers must keep these aspects in mind while designing segmental bridges. Major design objectives are:

Initially, the best and possible way was to opt for Simply Supported Span Bridges. That was easy to construct, but required huge sections. Still for certain cases and specific requirements, it is practical to go ahead with such combinations.

Later the concept of Continuous Span Bridges came up, where more economic section utilization was possible. To save construction time Precast Prestressed concrete sections (PCPS) are castand carried to job site from casting yard; erected over pier and finally spliced over supports. Needless to mention these sections are pretensioned. It helps to establish continuity for live load distribution to achieve longer spans (generally upto 40m). Compared to Single Span bridges, sudden change of slopes can be avoided which allows improved maintenance and quality of ride. However, potential possibilities of crack formation at the joints (non-prestressed) still exists.

To overcome the potential of crack formation, the concept of post-tensioning got introduced (PCPS with Post-Tensioning over the Supports only). It allows the engineer to achieve following advantages: Later engineers started using the advantages of PT (Post-Tension) over the entire legth of bridge frame. This time Post-Tensioning directly participates in resisting positive moment at mid-span. Deflections are also controlled more effectively. Longer spans (more than 60 meter) are achievable. This concept also provides added economy by reducing the number of piers.

However, still at this stage Bridge geometry was restricted by non-technical parameters like limitation of transportation in length and width of members. Moreover, weight of sections were limited by the available crane capacity and lifting equipment. Hence the new concept got introduced when small pieces are casted and transported to job site; erected in place and hold with bracket to be spliced. Longer spans of 100 meter or more are achievable in this process and no of piers can be reduced to achieve economy.

As its name implies, a segmental bridge is a bridge built in short sections (called segments), i.e. one piece at a time, as opposed to traditional methods that build a bridge in very large sections. The bridge is made of concrete that is either cast-in-place (constructed fully in its final location) or precast concrete (built at another location and then transported to their final location for placement in the full structure).

These bridges are very economical for long spans (over 100 meters), especially when access to the construction site is restricted. They are also chosen for their aesthetic appeal.

The sequence of construction is similar to traditional concrete bridge building, i.e. build the support towers (columns), build the temporary falsework, build the deck, and perform the finishing work. The principle differences are as follows: 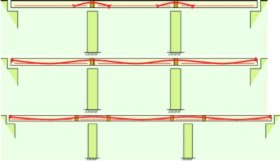