It takes time to change the habit of a lifetime, and in their push to persuade Indian contractors to use new technology, suppliers know that better than anyone.

On the one hand, India makes headlines for innovative new projects, such as the use of pre-fabricated materials in the Instacon building in Chandigarh, where a ten-storey tower was erected in just 48 hours last December.

On the other side, the collapse of a residential building in Mumbai in April, killing over 70 people, gives rise to searching questions about safety standards, construction practices and regulatory oversight in the country - and not for the first time.

The industry may have struggled financially over the past two years, but is still worth more than US$400 billion, which has been the impetus behind the Big 5 Construct India event. In its push for innovative, high-tech and sustainable products and technology, The Big 5 hopes that India's good headlines can soon outweigh the bad. 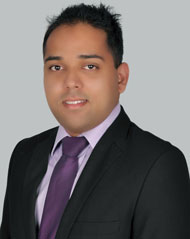 "India is one of the fastest growing economies in the world and this growth is driving an increased demand in the construction sector with contractors, builders & architects based in India looking to use international technologies available in the country. The region is poised to witness a dedicated international building and construction event that offer construction professionals a unique opportunity to see a comprehensive range of products from the world's leading manufactures under one roof - so it was inevitable that The Big 5 would enter India," explained Muhammed Kazi, The Big 5 Construct India project manager at dmg::events. The event will take place from 02-04, September 2013 at Mumbai exhibition center, Goregaon, Mumbai.

"Other than as a showcase of the most innovative and sustainable products available on the global market, The Big 5 Construct India will organize a series of educational seminars and workshops aimed at educating and informing the buyer on new products, regulations, how to source sustainable products and other topics that influence the purchasing of products."

India undoubtedly has demand for new construction, and not only in the infrastructure sector. Over 25 million affordable homes are needed over the next decade, and achieving that target will be difficult given the perennial delays that plague every major project in the country.

In a report late last year the Federation of Indian Chamber of Commerce (FICCI) pointed out that urbanisation in the south of India was on the rise. In 1990 there were only seven cities in the four states had a million plus population, by 2010 it was 11 and will likely touch fourteen by 2015. According to the Ministry of Urban Development, Government of India, the ratio of urban population to the total population of the country stands at 27.8%. (FICCI & The Ministry of Urban Development are both co-organisers of The Big 5 Construct India show).

But be it demand, safety, speed or finance, new technology is key to India's cities meeting this overwhelming challenge in the years ahead. The country needs more Instacons, thousands more, and to make that happen the construction leopard is going to need to change its spots.

There are a number of exhibitors at The Big 5 Construct India who are paving the way for quicker, cheaper and more sustainable buildings. Alchimica Building Chemicals, from Greece, have developed waterproofing roof products that protect buildings, highways, bridges and apartment blocks against all deteriorating elements, extending their shelf life. Duro Dyne, from the US, have created cable operated dampers that save up to 50 per cent in labour.

Meanwhile, Molaro, from Italy, have come up with a photovoltaic system of heating water that can save up to 30 per cent of the energy used to produce hot water in a new building, and another company, Shakti Pumps, produces solar pumps which provide 40 per cent more energy than their conventional counterparts. The technology, not dependent on either power or fuel, can be installed in remote locations - a huge benefit for developments outside of India's cities.

FICCI has been outspoken on the issue of technology and smart-buildings, with its chairman Niranjan Hiranandani writing in a December 2012 that levels of urban infrastructure in India were "grossly inadequate" and solutions to this problem should be sought in the realm of technology.

"With operational costs touching the sky, players should look to making optimum use of technology. The use of innovative technology could help reduce costs through energy saving, alternative materials and innovative construction methodology. It could also help a business gain a competitive edge over peers by allowing automation and the use of information technology," the FICCI report said.

While the commitment of bodies such as FICCI and Ministry of Urban Development to push towards more efficient construction methods, as well as events like The Big 5 Construct India and innovative companies like Shakti, Molaro, Duro Dyne, Alchimica Building Chemicals things look like they are poised to change in Indian construction.

This is to the benefit of the entire industry, as well as the country as a whole, where quicker, cheaper, safer and more sustainable buildings are key to India's future.