Sany Group took "Smart Sany, Empowering the Future" as its theme and exhibited 68 sets of equipment, 90% of which were brand new. The company seized the opportunity to show its intellectualization and digital transformation with the launch of its unmanned models in excavators, roller, cranes, and firefighting aerial vehicles. In addition, its PC Equipment, Sany Fire machines and other new business sectors, revealed the innovativeness of the Sany Group.

Sany excavator SY315C exhibited at the show can automatically adjust operation mode according to different working conditions, achieving real-time precise control, featuring less fuel consumption than previous models, and thereby, being recognized as "king of fuel saving" in the industry. 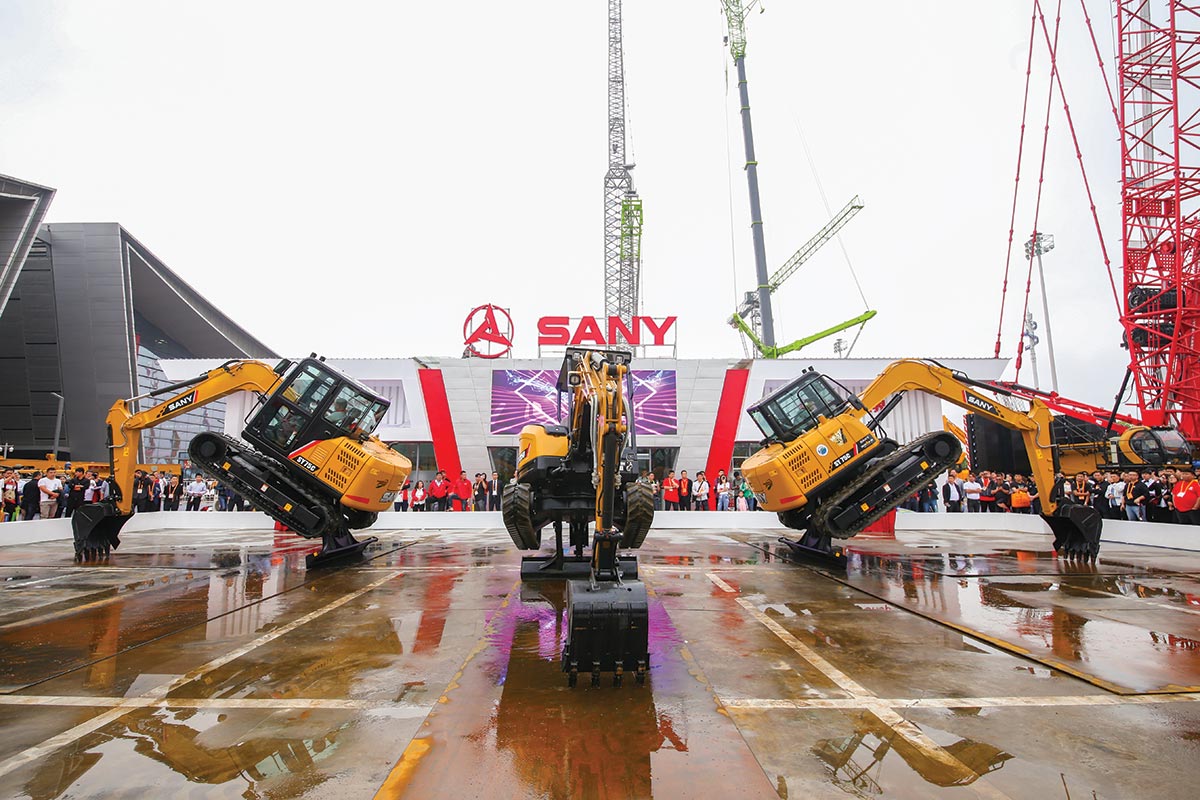 Sany C10 concrete pump truck which made its first appearance in Changsha, has been upgraded based on the legendary classic C8 pump truck, with six core competitive parameters, including a wide operation range, low fuel consumption, high efficiency, intelligence in control, easy maintenance, and greater security.

In addition, Putzmeister, a Sany company, brought 5 new equipment to CICEE. These included the HA45CI hydraulic station, EKO1260 plunger pump and SPJ3017 wet spraying machinery. Among the exhibits, Sany excavators and SGDJ series scissor aerial platform trucks have been launched in European and American markets as they meet Euro-IV standards and have the CE certification.