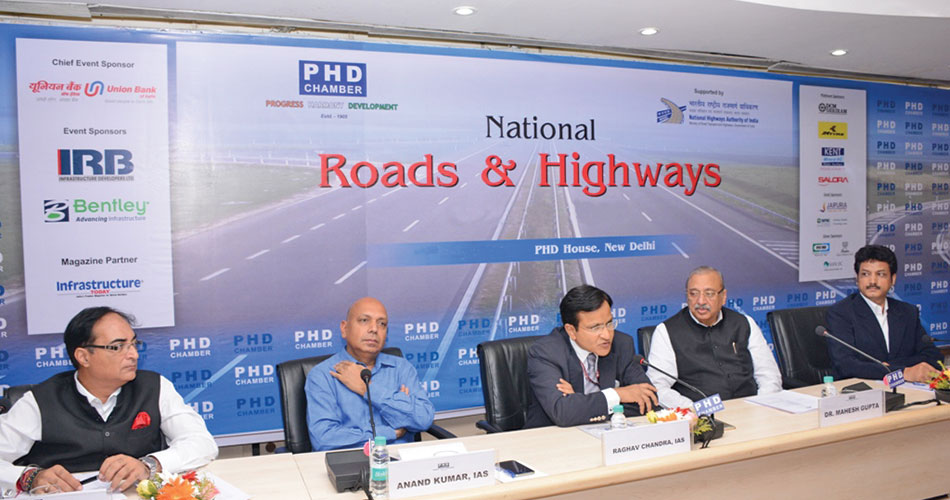 The 5th edition of the National Roads & Highways Summit, a flagship event of the PHD Chamber of Commerce will be held on 5 July at PHD House, New Delhi.

Robust demand, higher investments, attractive opportunities and policy support, are driving the fast-paced development of roads and highways across the country, and the sector is set to grow exponentially. Road contracts are being awarded at a "breakneck pace”, raising the prospect that orders will reach a record this financial year. Orders from the National Highway Authority of India are likely to cross ₹1 lakh crore in the last 12 months, up from ₹60,000 crore a year ago.

The Union Minister of State for Road, Transport and Shipping, Mr. Nitin Gadkari, has stated that the Government aims to boost corporate investment in roads and shipping sector, and introduce business-friendly policies and strategies to attract investor interest, and bring profitability along with efficient project execution. The Ministry has been addressing key issues such as stalled projects and bringing in new business models.

The Summit will seek to better understand these activities of the government and their impact on related sectors such as the Construction Equipment industry. It will pursue ongoing discussions on the Roads & Highways sector, and as a way forward, identify gaps in implementation of policies, and find solutions to challenges in implementation of the road development projects. 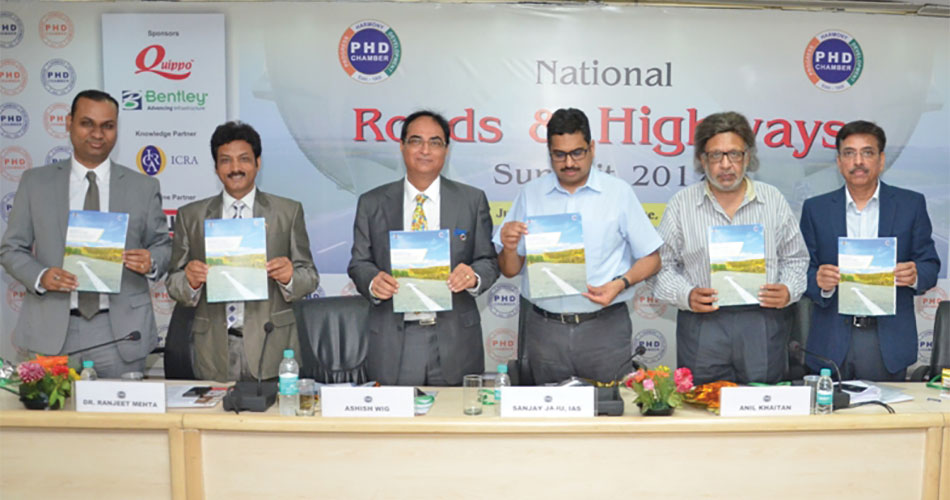 The Government plans to develop a total of 66,117 km of roads under different programmes such as National Highways Development Project (NHDP), Special Accelerated Road Development Programme in North East (SARDP-NE) and Left-Wing Extremism (LWE). It has identified development of 2,000 km of coastal roads to improve connectivity between ports and remote villages.

The National Highways Authority of India (NHAI) plans to build 50,000 km of roads by 2022 as part of a long-term goal of doubling the length of the national highway network to 200,000 km. The Government plans to spend around ₹1 lakh crore during FY 18-20 to build roads in the country under Pradhan Mantri Gram Sadak Yojana (PMGSY), and will invest ₹7 trillion for construction of new roads and highways over the next five years.

Says Mr. Ashish Mohan Wig, Chairman - Roads, Ports & other Infrastructure Committees, PHDCC (also Managing Director, Wig Brothers (India), “PHDCC is playing a stellar role by addressing the issues and challenges in the Roads & Highways sector through the Summit over the last four years as we believe that connectivity through roads, rail and waterways is vital for a stable GDP growth of the country.”

He adds, “The Roads & Highways sector is the ‘lifeline’ of the country as it connects people, towns, villages and cities in every corner of the country. Under the proactive leadership of Mr. Gadkari, the country is seeing roads, highways, tunnels and bridges being built even in the most difficult of terrains. So, we are very positive that the ongoing and future developments in roads and highways will open up a lot of business opportunities for all the stakeholders, especially in the Construction Equipment industry. At the same time, the CE industry must also come together to take forward the good work being done by the ministry and bring their best machines, technical expertise, and knowledge for efficient and timely completion of the projects.”