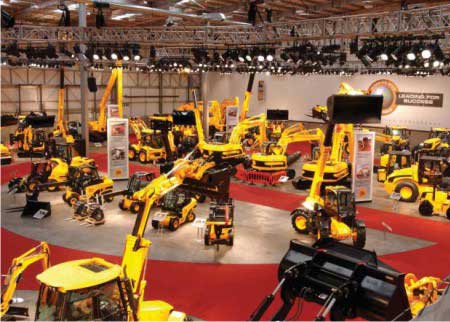 In a major bid to highlight its ongoing expansion programmes involving major capital investments; JCB, world’s fourth largest construction equipment manufacturer, organised a recent global press meet, at its home country UK, announced Development of New Product Line and Series of New Equipment Launches. The Company disseminated information about the new product line being developed by JCB, including details of product lines from German Compaction Equipment Producer Vibromax acquired by JCB in 2005. Company made announcement about the launch of new range of excavators and loaders that would be displayed at the global construction equipment exposition Intermat—2006 in Paris. The press meet was important as it was organised following the JCB’s 60th anniversary, celebrated last year. 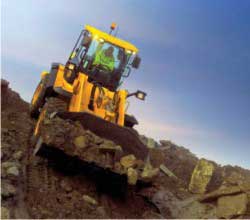 The company termed the year 2005 as a significant achievement for itself in context of kick starting large-scale expansion programmes in India and China both pertaining to production and distribution.

In 2005, JCB started up a new plant in Shanghai, China, in order to cash on the growing potential of the Chinese construction equipment market. In late 2005, the company had also announced plans to set up a new plant at Pune, India to produce excavators for the Indian market.

The new plant is a part of $50 million investment in Indian manufacturing. The first machine to be rolled out in June, will be the latest JS-200 excavator. The product was showcased at the Excon—2005 construction equipment exposition at Bangalore in India.

S. A. Faridi from NBM&CW India, attended the press meeting on a special invitation from JCB. Some highlights of the press meet are as under: 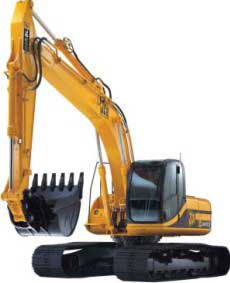 The press meet underlined, that the decision to acquire the Vibromax was undertaken to expand the JCB product portfolio. Production of the compactors is being undertaken at the Gatersleben plant, near Leipzig.

The compaction products produced, will be sold globally under the name of JCB Vibromax. The first JCB Vibromax machine rolled off the production line in September 2005.

The first new JCB Vibromax model reversibleplate compactor, was launched during the press meet. However, the worldwide launch of the JCB Vibromax product line-up will be at Intermat April 2006 in Paris.

The Company felt that the Intermat—2006 would be a significant platform for JCB to showcase and launch series of its new products. This would enable the Company to consolidate its position in the global construction equipment market.

On the prospect of the Intermat event, Francoise Rausch, Managing Director, JCB Sales said that Intermat is about new and the latest and I am proud JCB will continue its tradition of innovation and trend-setting at this vital show.

JCB will step out at Intermat with its biggest ever machine range of over 220 products, including six new variants of excavators, new 4–5 tonne mini excavators and the latest stylish cabs for the wheeled loading shovels.

The auto range of excavators have been manufactured, targeting the global mining, quarrying, earthmoving, demolition, and construction industries. The features of the auto excavators have been customised to bring in significant productivity, increase to mass excavation and aggregate loading applications. 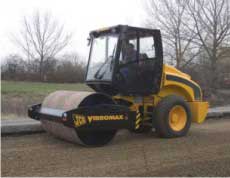 Wheeled loading shovels, will also be showcased at the Intermat with the additions of two powerful machines, the 426 and 436, importantly comprises of larger field vision, an enhanced operator environment and serviceability.

Francoise Rausch at the launch of these machines said that the unveiling of these new generation wheeled loading shovels is an important development for JCB. This will offer the customer a much more productive machine with a unique feature of 50% bigger cab for greater comfort.

The conference brought to fore the fact that JCB is a highly vertically integrated manufacturer. The Company produces axles, transmissions, cabs, chassis, booms, excavator arms, and hydraulic rams in-house. In addition, the Company has engineered and manufactured transmissions for more than 25 years.

Development of the company’s own design off-highway diesel engine JCB 444 in 2004 was a major breakthrough towards being further vertically integrated. The JCB 444 is being manufactured at the company’s new Dove Valley Park, Derbyshire. It has a mid-range diesel engine based on a 1.1 litre per cylinder design concept (bore and stroke 103mm x 132mm), with a four cylinder in-line layout and four valves per cylinder. The performance range includes 74 and 84 hp, aspirated up to 100 hp turbo charged and 125 hp charge cooled turbocharged. Peak torque at 1300 rpm is: 320,425 and 525 Nm.

According to the company, operators have applauded the 444’s greater torque at lower engine speeds, lower noise levels and enhanced fuel economy as compared to its competitors’ engines in the market. The JCB engine underwent five years development programme including 100,000 hours of testing before it was launched. 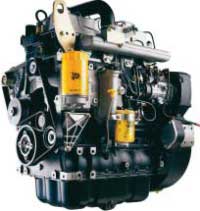 The prominent features of the engine are strong construction, high torque at low engine speeds, and reduced noise levels. Further, on making the engine future proofed for next steps in emissions legislation, Dr. Tim Leverton, JCB Group, Engineering Director with the board mentioned, “looking to the future, it is now clear that the very stringent exhaust emissions, legislation will dominate the machine architecture and development. Having control on our engine designs, will bring JCB significant benefits over the coming years.”

Third parties have shown an interest in the JCB 444 engine. The engine has been adopted for pump units, marine applications, and for use in construction equipment and similar machinery.

At present, the Company is undertaking large scale investments for upgrading its backhoe loader facility in Ballabgarh, near Delhi, to include a new plant with powder coated technology, conveyor production line system and new transmissions assembly.

JCB has a prime market positioning in India in the backhoe loader segment. The Company offers 11 different machines in four product types including backhoe loaders, loading shovels, tracked excavators and skid steer loaders. The Company has a network of 38 dealers with more than 150 outlets throughout the country and a proper customer service network.

Globally, JCB has 17 plants in four continents: ten in the UK, three in India and others in the USA, China, Germany, and Brazil.