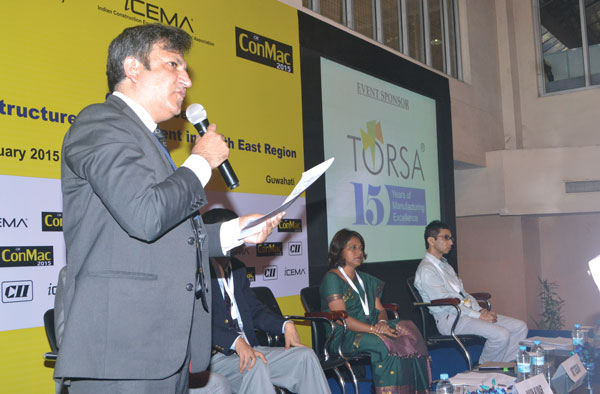 Speakers at the infrastructure development conference at Guwahati highlighted sufficient scope of mechanization of infrastructure development activities in North East, given the broad number of projects being lined up in roads and highways, hydro power and basic infrastructure by the respective state governments and Border Roads Organization (BRO). The speakers mentioned that the event served as an ideal platform of showcasing construction equipment technologies across the verticals. The conference coincided with CONMAC and was organized by iCEMA.

Mr. Glenville Da Silva, Chairman, CONMAC 2015 said, "There is tremendous potential of equipment penetration in the region given new projects coupled with wide infrastructure development challenges due to geological conditions. This will require both basic and advanced technologies."

He added, "With utilization of advanced equipment at national level and also in North East, iCEMA has entered into an association with IESC for imparting operating and maintenance skills. Under the association, operators will be trained on backhoe loaders, excavators, cranes, compactors, wheel loaders and concrete pumps." 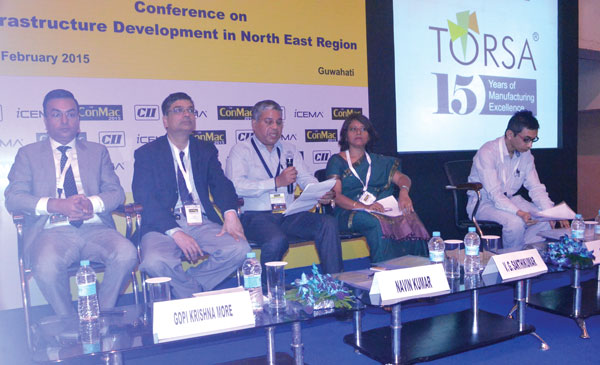 Informing about the infrastructure development initiatives being undertaken by BRO in the region, Major General, US Dadu said, "With focus on tourism there are good deal of road connectivity projects being undertaken by various state and central government agencies involving PWD and NHAI. However, owing to increase in suspicious activities by the Chinese in recent years in the border areas of North East, BRO has begun undertaking major infrastructure strengthening activities in terms of developing newer roads and tunnel projects and also strengthening existing road network in the border areas of North East. Since the projects are located in difficult geological terrains and precisely the road connectivity projects have to be taken up in fragmented mountain conditions, there are requirements of special technologies and especially sufficient product support in terms of maintenance and parts availability by the manufacturers as there is dearth of the same."

Mr. Navin Kumar, Director Headquarters, BRO informed, "Major part of almost nine projects, being undertaken in North East by BRO is in Arunachal Pradesh and Bhutan. The projects involve setting up of new roads and tunnels and also maintenance of existing road infrastructure. Many of the projects are being undertaken by BRO while, fair number of jobs is also being outsourced to private agencies. However, private agencies eager to take up BRO projects have to take into account challenges like hard and steep Rocky Mountains, restricted working seasons, inaccessible roads and difficulties of getting the equipment at job sites owing to the mentioned conditions. Equipment manufacturers and suppliers, equally have to consider these factors."

Speaking at the event, Mr. Anand Sundaresan, Vice President & Treasurer- iCEMA, and Vice Chairman and Managing Director- Schwing Stetter India said, "Given the wide scope of infrastructure development and geological challenges towards development of projects in North East, there is requirement of bigger coordination among projects contractors, equipment manufacturers and dealers."

Mentioning about required technologies for aggregates in North Eastern states, Mr. G.K. More, MD, Torsa Machines, said, "Torsa has wide range of crushing and screening solutions to yield the desired sizes of aggregates and to fit into the job site conditions in North East." He informed that the company is exploring the possibilities to enter into the sand washing sector. 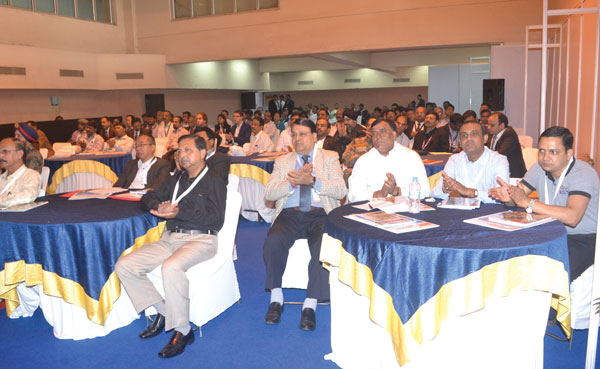 The seminar was attended by equipment manufacturers and suppliers national and local contractors, senior officials from state, National infrastructure development agencies. There was large participation of BRO officials.