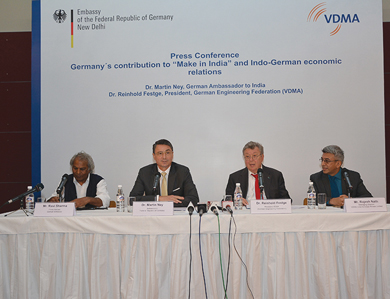 Germany is India's second-largest bilateral partner with a record commitment of Rs.11,000 crore in the country said Dr Ney, adding that Indian PM's meeting with German Chancellor, Angela Markel, last year, it has opened up a new strategic economic phase with Germany committing upto Rs.12,600 crore towards sustainable urban development for improving living conditions in urban India. Germany- based companies have developed technologies that make cities more liveable and are committed to help India to make a success of its Smart Cities mission by providing cutting–edge technologies.

Germany is the seventh largest foreign investor in India with $8.64 billion worth Foreign Direct Investment (FDI), accounting for three percent of the total FDI of $288.6 billion during April 2000-March 2016.

While appreciating the "Make in India" campaign, he said that it has the potential of being a big game changer, but its prime focus should be on manufacturing quality products and rendering efficient services. "If India continued its focus only on meeting the demands of the domestic market, it would never produce goods and services of world-class standard," cautioned the Ambassador.

He added that major concerns of Germany's companies doing business in India are non-availability of land, high duties on goods, shortage of skilled manpower, absence of Investment Protection Agreement between India and the European Union, and impasse in the proposed India-EU Free Trade Agreement (FTA) negotiations etc, which need to be resolved to take the Indo-German economic cooperation to a new exciting phase.

Delivering a technical presentation on VDMA (Verband Deutscher Maschinen–und) Anlagenba, German Engineering Federation, President, Dr Reinhold Festge informed that VDMA founded in 1892, is all set to celebrate its 125th anniversary next year. VDMA is Europe's largest industrial network with more than 3,150 member companies, representing around one million jobs. VDMA opened its first office in India way back in 2000, its second outpost in a foreign country after Japan. Many Germany–based mechanical engineering companies have increased their commitments in India significantly in the last ten years. Around 550 VDMA, member companies are largely represented in various Indian regions. Direct investment in India by the German mechanical engineering sector is €800 million. Germany's mechanical and plant engineering sector believes in India's potential. VDMA welcomes the Indian government's efforts to significantly increase the share of its industry in the economy and create an environment that encourages investment as India continues to be a large market for Germany's mechanical and plant engineering products and services. 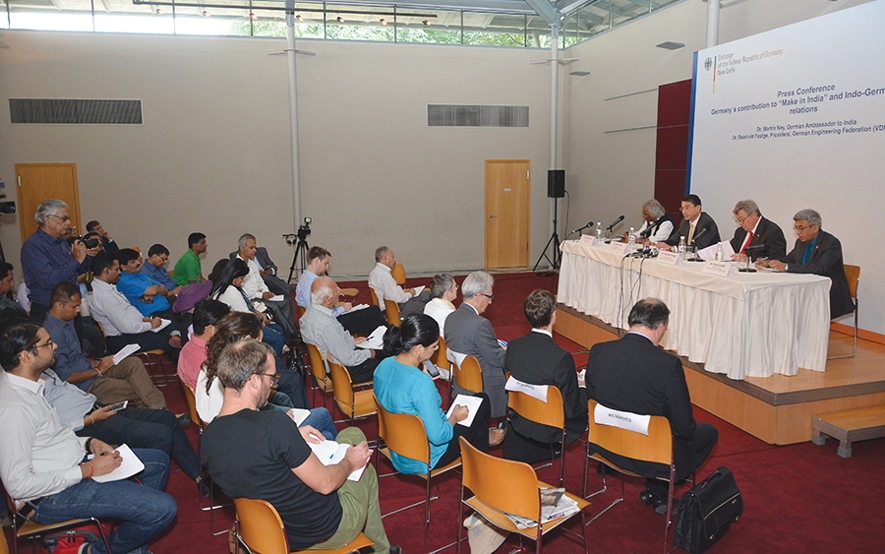 Speaking about the 'Make in India' campaign, he said that as India intends to expand and modernize industrial production and improve the infrastructure, modern German machinery products could help India to make giant leaps forward by way of higher productivity and more efficient operations.

Welcoming GST, he said that its fast implementation would bring about simpler processing procedures and create a harmonized market in India, with lower production costs will give further boost to the economy.

In his concluding remarks, Dr. Festge said, "there is a lot of potential for Indo-German cooperation to further improve India's economic relations with Germany's mechanical engineering industry as India was the most important market for us."