Discussion on the commercial and economic viability of high-rise buildings in India came to the fore at the recently concluded one-day seminar on ‘Highrise Building Technology, as Applied to India’s Urban Growth Prospects’ at Magnolia, India Habitat Centre in New Delhi. Organized by the Council on Tall Buildings and Urban Habitat (CTBUH) and Envac India. The seminar was attended by architects, planners, engineers and builders of global repute besides the architectural students, reports Maria R. 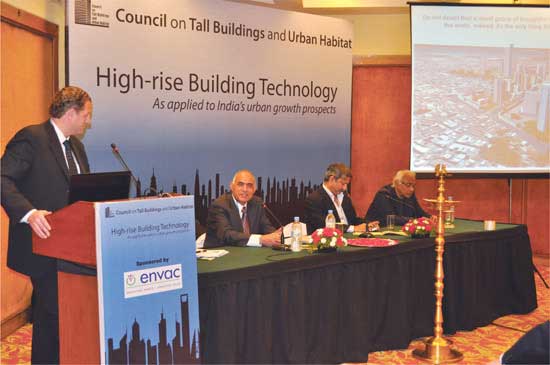 Speaking on the efficient use of land in Delhi with suitable incentives for high density development, Dr P.S Rana, Chairman, IIUDC and Real Estate & Housing Working Committee said, “the planned area in National capital region is in minority. As there is a growing demand of space, and to meet these needs of users and also to develop Delhi as a modern global city, it is desirable to make efficient use of available land in a planned way. There should have been redevelopment of the existing urban areas in a strategic manner with incentives through higher FAR.” He also addressed the importance of the re-densification of the Government owned property in order to utilize the available land resource to its maximum potential.

Giving an overview of Structural control of buildings for environmental forces, Prof. T. K Datta, IIT Delhi said, “if we need that the building should behave better in extreme period like earthquake or tornadoes then structural rectification work should be designed by a structural engineer and inspected and certified by a building surveyor or certifier.”

He further said, “the building structures are invariably designed for lateral forces arising out of either earthquake or wind. So far the traditional dual design practice is popular and effective for building structures. However, in the recent years, the concept of structural control is being implemented and developed for mitigating earthquake forces. The reason for adopting this practice is to make the structures safer and perform better against the earthquakes. Currently, we are using four types of structural control schemes: Passive, active, hybrid and semi-active. Out of these, now-a-days semi-active control system is effectively used.” 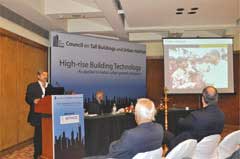 Mr. M R Gandhi, secretary ROMF, gave presentation on the Role of ROMF in rebuilding Mumbai and shown a wonderful concept or model for the redevelopment of 233 acres of land in Kalbadevi, and Chirabazar called the C3 and C4 Wards of C ward of Mumbai which are one of the most congested areas of old Mumbai.

Stating on the model to rebuild the area he mentioned that planning always needed to be done in a holistic manner where the supporting and social infrastructure of the entire areas should be planned in advance as a master plan and then executed in phases. The master plan for C-Ward has nearly 70% of open spaces while preserving all the old religious and heritage buildings. Currently, the open spaces are hardly 11%. For this project, ROMF has used the principles of inclusive development, win-win solutions and self-financing mechanism. The Community engagement process from the survey, planning, implementation stage has been exhaustive with regular meetings with stakeholders including 3 massive public meetings, street level meetings, sharing of plans at building levels, creation of building representatives forums, engagement with all political party leaders, and so on.

While Sanjay Porwal-Principal Kalayjan Architects presented innovative design for high-rise buildings keeping the cultural values of the country in view. He said that as they gave special emphasis on structural design, form, sustainability and energy issues while designing highrise project, similar way they should also maintain in their design the cultural contexts to balance the identity with modernization. 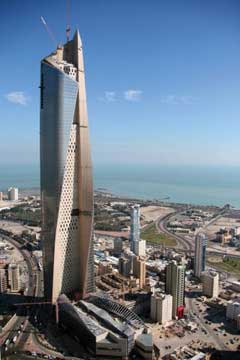 An interesting perspective on ‘why tall’ was shared by Mr. Mark Igou, MD, SOM. While giving an example of 412.6m ‘Al-Hamra Firdous’ tower which is the tallest building in Kuwait, he said about the engineering and design of iconic structure which appears to fold into itself, creating an efficient form designed to maximize views and minimize solar heat gain. Talking about the engineering he said that their prime concern while designing a project was security of the people. So for this tower, they had created special Refuge area through which people could evacuate the building soon during the time of mishap or fire explosion.

Mr. Ahmad Abdelrazaq, Executive Vice President of the highrise building and structural engineering divisions at Samsung C&T Corporation spoke on the utilization of skyscraper for building an iconic city. He talked on various other topics including new topologies in tall building, successful design and technologies used for constructing skyscraper, the role of computer technologies along with the factors that influenced tall construction.

In his presentation he gave an example of the structural & architectural design and engineering of Burj Khalifa. He emphasized that design should always be responsible, functional, conceptual and sustainable. There should also be structural health monitoring program for LEED and Green Technology.

Speaking of the Envac automated waste collection system, Mr. A R Shine from Envac India said Envac AB is one of the leading environmental technology companies in Sweden and the global leader in the vacuum waste collection industry. Their first vacuum system was installed in 1961, and today the systems are found all over the world - in residential areas, business premises, town centres, industrial kitchens, hospitals and airports. In India too Envac system has been installed at various project including VIVAREA Mahalaxmi Mumbai, Atmosphere, Kolkata etc.

Talking about the operation of this system he said, “this system transports waste at high speed through underground tunnels to a collection station where it is compacted and sealed in containers. When the container is full, it is transported away and emptied. The system helps facilitate separation and recycling of waste”

Mr. Timothy Johnson made his presentation by introducing the new generation of tall building designs including that of NHN, Samsung Building Centre, China Bank Headquarter, Korean Telecom, Samsung R5 and Tencent Headquarter and talked about their different innovative forms, architectural designs and specialties of the buildings along with variety of retail and entertainment options in the projects in addition to the full gamut of amenities. 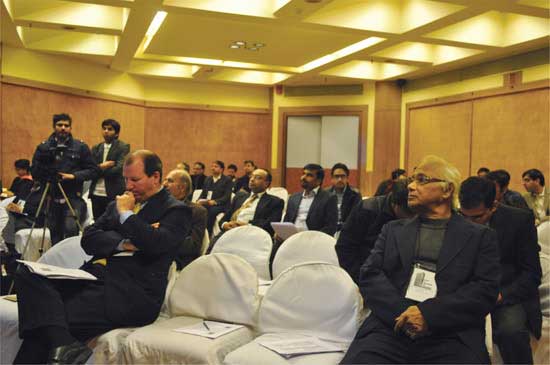 In his concluding remarks, he briefed about his organization CTBUH saying it is the world’s leading body dedicated to the field of tall buildings and urban habitat and is the only recognized international source of information in these fields. Founded in 1969, the Council’s mission is to disseminate multi-disciplinary information on tall buildings and sustainable urban environments, to maximize the international interaction of professionals involved in creating the built environment, and to make the latest knowledge available to professionals in a useful form. Currently in India, CTBUH has its presence in Mumbai and Delhi and it will go a long way towards helping these cities to become World-Class, but it will only be possible if its citizens come together to make it happen. CTBUH has also plan to make its presence throughout the country and for this, from time to time they will organize seminars and conference in India. He also invited the audience to become the part of CTBUH by taking the membership.