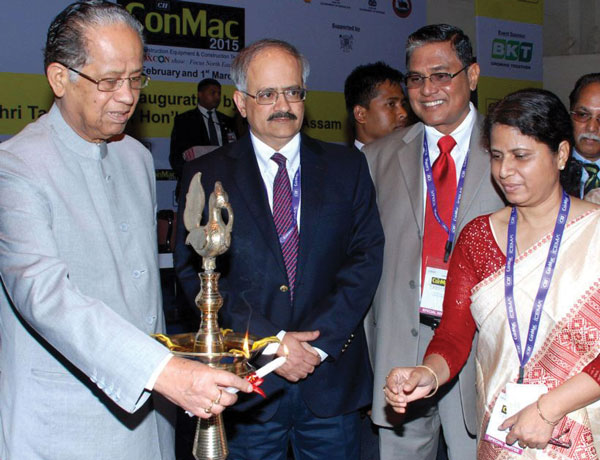 The third edition of Conmac 2015, organized by the Confederation of Indian Industry, was held recently in Guwahati, Assam. Buoyed by the infrastructure development initiatives in North East, primarily in road and bridges, hydropower sector as well as basic infrastructure, fair numbers of construction equipment manufacturers participated at the event. Providing acquaintance of technology to the potential equipment buyers and project developers coupled with brand building was the motive for the equipment suppliers at the event. 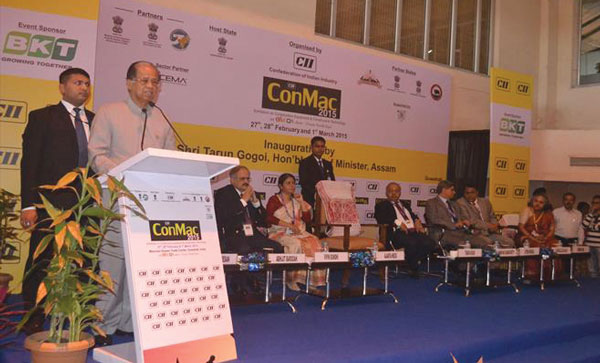 On the sidelines of the event, Mr. V.G. Shakthi Kumar, COO, Schwing Stetter India, said, "Commensurate to project sizes being smaller, there are requirements of compact equipment in concrete, crushing and screening, featuring basic level of mechanization and technology in North East. This is so as to have commercial viability of owning and operating the equipment to the contractors. Further, there are requirements of acquainting operators with operating and maintenance skills. With wide range of solutions and ability to offer technical support backed by our sales office in Guwahati, Schwing Stetter is positioned to fulfill the requirements."

The company displayed its TSR 30.14 shotcret pump at the event. Mr. Shakthi Kumar said, "The pump will be ideal for road, hydro and railway tunnel construction projects coming up in North East."

Major brand building was done by JCB at the event. Adding to the glitz of the show, the company displayed its range of backhoe loaders, excavators and skid steer loaders. Mr. Vipin Sondhi, MD & CEO, JCB India informed, "With focus on infrastructure development programme by the state government, in terms of improving road connectivity, there is sufficient scope of penetration of mechanization for the large number of road projects in North East." 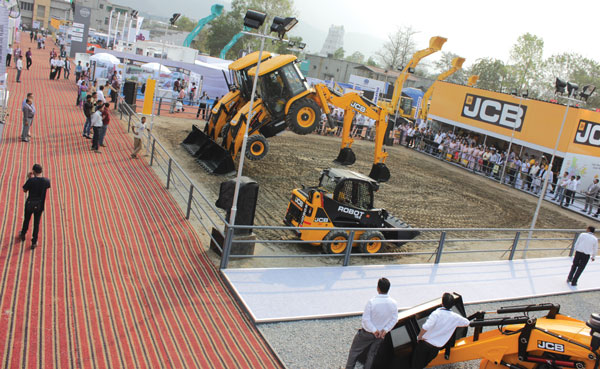 Range of backhoe loaders was also showcased by Case New Holland at the event. Mr. Abhijit Gupta, MD, CNH said, "Level of penetration of our equipment in North East has been good. With large number of interstate road connectivity projects taking place in North East and sizeable number of road construction projects by Border Roads Organization, we see demand of equipment going up. We have been carrying our engineering improvisations in our backhoe loaders by making them more durable and productive to suit the requirements of the projects taking place in this part of the country.

He told, "There are numerous road contractors having presence in North East who are well acquainted with our machines and brand. The idea for participating in the event allowed us to reinforce our brand with the existing contractors and also the local ones."