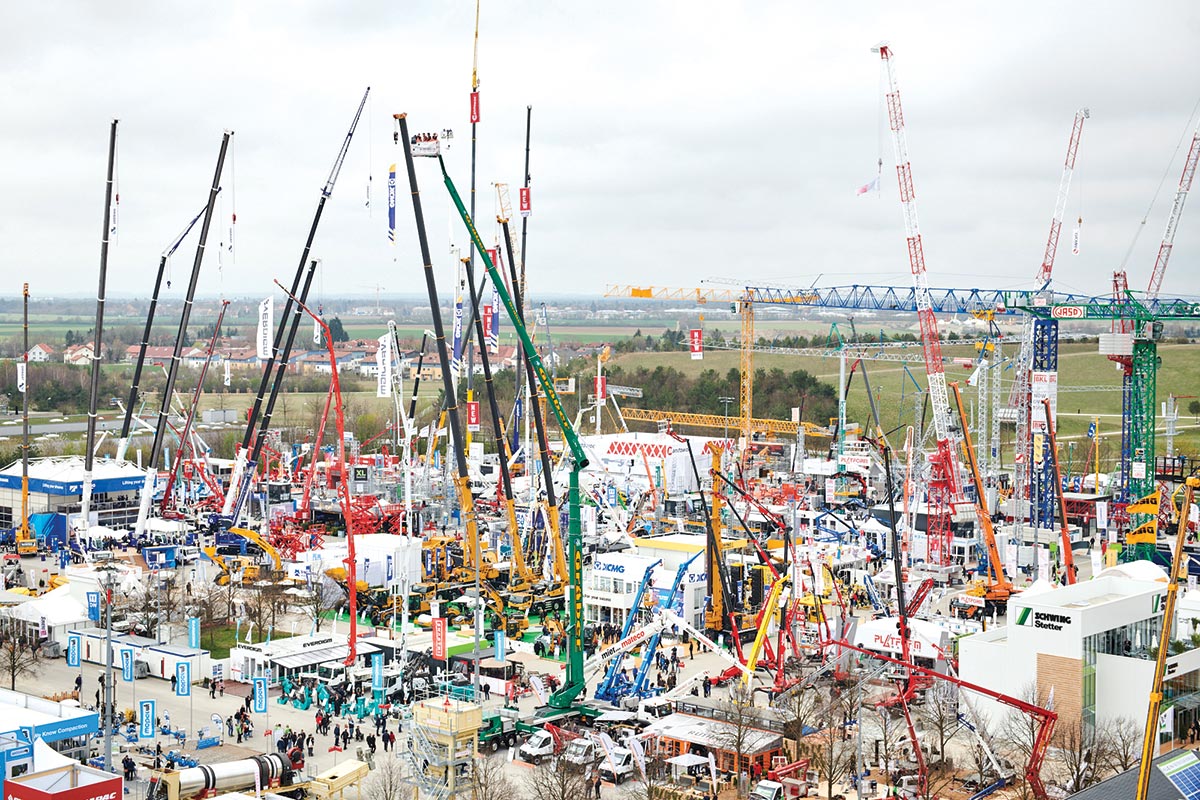 With more than 620,000 visitors from over 200 countries, bauma 2019, the world's leading trade fair for construction machinery, building material machines, mining machines, construction vehicles and construction equipment, generated the best ever results in the exhibition's 65-year history. The number of visitors rose by about 40,000 over the previous events in 2016. More than 250,000 visitors came from countries outside Germany. The top 10 visitor countries after Germany were Austria, Italy, Switzerland, France, the Netherlands, Russia, Sweden, the Czech Republic, Poland and Great Britain. The trade fair also experienced a strong increase in attendance from overseas visitors, especially China, Australia and Japan. More than 5,500 visitors came from China alone.

Exhibitors unveiled a large number of innovations and new products to global visitors. Business conducted at the exhibition was correspondingly good. Many exhibitors spoke of a high willingness to invest and there was a strong impact on order books as exhibitors generated the highest sales in the history of their participation at the trade fair.

Due to the smooth operation of the exhibition and the consistently positive feedback by exhibitors, Klaus Dittrich, Chairman and CEO of Messe München, was more than satisfied with the results of bauma 2019: "For the industry, bauma is by far the world's most important innovation platform and economic engine, something that we clearly saw this year. Particularly in these times of sweeping technological changes triggered by digitalization, bauma provides the industry with security and confidence. It also highlighted the opportunity and tremendous outlook of the industry as a whole."

Franz-Josef Paus, Managing Director of Hermann Paus Maschinenfabrik and Chairman of the bauma Advisory Council, describing the trade fair's unique character, said: "With exhibitors from more than 60 countries and visitors from over 200 nations, bauma is an industry platform where technological variety, ingenuity and performance can be demonstrated to an immense international business audience."

Exhibitors: "The most-successful bauma of all times"

For exhibitors, bauma 2019 was a great success, as occasionally euphoric statements about it showed. Masa Managing Director Frank W. Reschke described it as "the most successful bauma of all times." Martin Herrenknecht agreed: "Every bauma is something special, but 2019 topped everything for Herrenknecht." Domenic G. Ruccolo, CEO of the Wirtgen Group, rated bauma 2019 as "the most successful in the history of the Wirtgen Group." Many exhibitors of bauma's partner country, Canada, were enthused as well. Melinda Zimmerman Smith of Serious Labs said bauma created "exciting opportunities that we didn't even know existed." What's more, bauma was "simply a whole lot of fun," she said. Andreas Böhm, a member of the Board of Directors of Liebherr-International AG, said: "We took orders from all parts of the world and made a whole lot of new contacts." PERI is also "taking many excellent orders home with it," said Alexander Schwörer, Managing Director for Marketing and Sales. 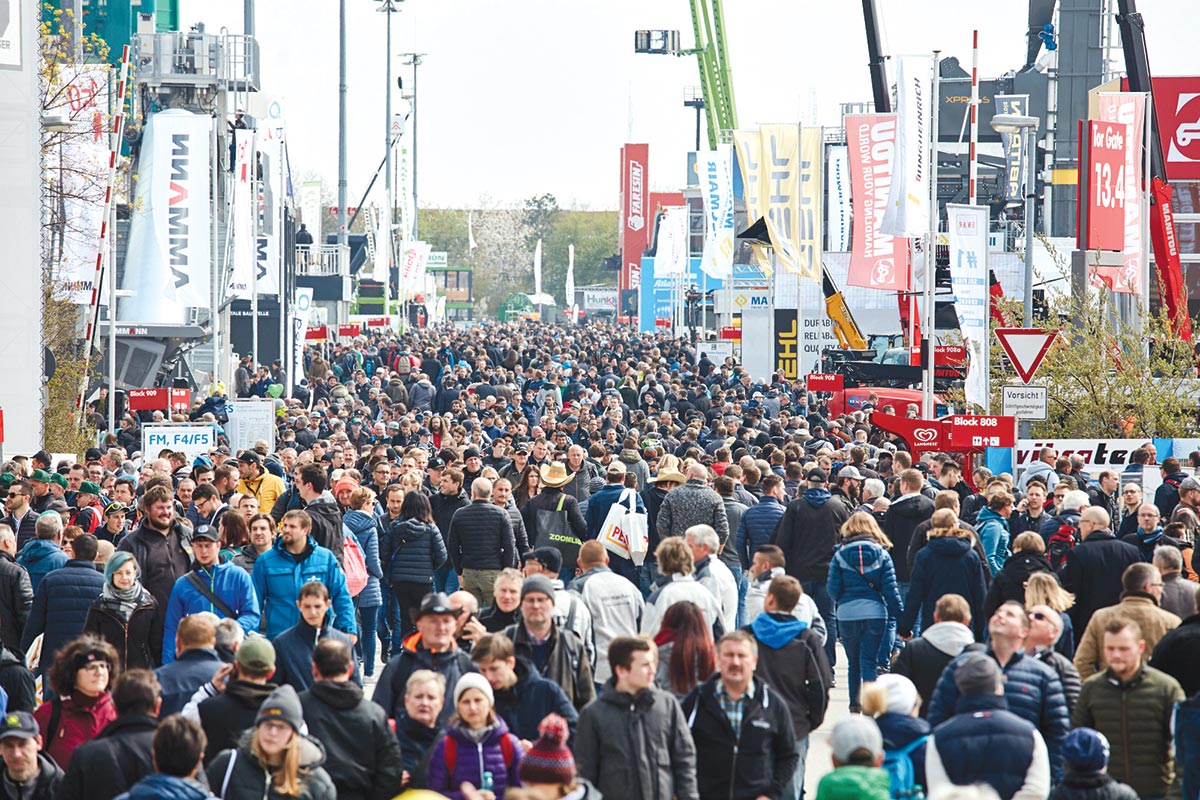 The clear focal point this year was sustainable and digital solutions. All exhibitors agreed that digitalization is a "megatrend" in the construction machinery industry. Andreas Klauser, CEO, PALFINGER AG said that sensors and communication interfaces that collect and analyze data have become standard equipment. Overall, machines and vehicles are becoming cleaner, quieter and more efficient. Many now have electric and hybrid drive systems. "Customers' interest in electric drive systems has never been so high as it was this year," said Dr. Frank Hiller, Chairman of the Board of Management at DEUTZ AG. "It was a dominant issue at bauma 2019."

Some of the most interesting innovations were honored with the bauma Innovation Award on the evening before the trade fair opened.

Political leaders: "bauma is a showcase for Germany"

The visit by many high-ranking political leaders underscored bauma's exceptional importance, a reputation that extends far beyond the industry itself. "This trade fair is a showcase for Germany," said Peter Altmaier, German Minister for Economic Affairs and Energy, at the fair's opening.

Bavarian Minister President, Dr. Markus Söder, said, "As a private individual, a visit to bauma has always been a highlight in my life." Hubert Aiwanger, Bavarian State Minister for Economic Affairs, State Development and Energy, Deputy Minister President, also took an extended tour of the trade fair. bauma's partner country, Canada, was represented in part by Stéphane Dion, the Ambassador and former Minister of Foreign Affairs, and Jonatan Julien, the Minister of Energy and Natural Resources of the Bavarian partner province Quebec. The Chinese delegation was led by Wang Bingnan, Vice Minister of Commerce of the People's Republic of China.

"The place to be" for seven days

bauma's visitors added a strong new accent to Munich during the seven-day trade fair. There were people from all parts of the world – this was the defining feature of the fairgrounds in Riem, both in the halls and in the outdoor exhibition area. Visitors massed at the trade fair's hot spots, the impressive vehicle and machine displays set up by major exhibitors. In addition to its industrial focus, bauma was also a huge world of experience and adventure with a selfie tower and Ferris wheel. Jorge Cuartero, Managing Director of the Spanish manufacturer association Anmopyc, summed things by saying that bauma was "the place to be."

The next bauma will be held from April 4 to 10, 2022, at the Messe München Exhibition Center.