A Structure Worth Cherishing! 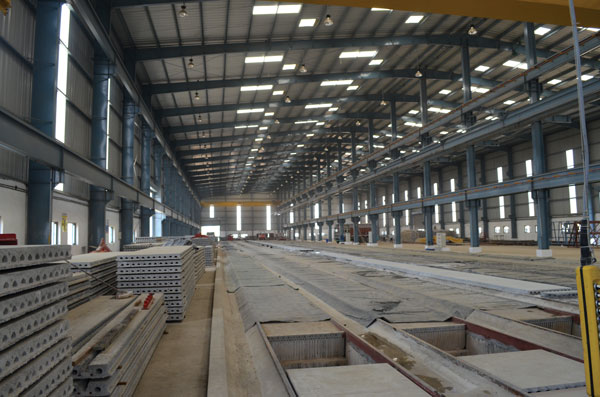 Supertech's precast technology factory in Greater Noida's Industrial Area Ecotech-16 has been the cynosure of all eyes for quite some time. No prizes for guessing, it's the first facility of its kind in Northern India not only in terms of strategic location and production capacity but also design and architecture. What makes the factory an architectural marvel is the fact that the designer has wonderfully optimized the available land and resources, thereby proving his credentials and earning accolades from Supertech. 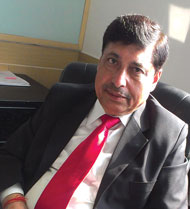 Mr. S.P. Tripathi
Informing about the benefits of precast, Mr. S.P. Tripathi, CEO of Supertech Precast Technology, elaborates, "The precast technology has already proved its worth in the residential segment in Europe, Middle East, Malaysia, Singapore, Russia, and many other countries worldwide. The best part of the technology is that it not only speeds up the construction work but also enhances the quality of the final output. Also, it helps in creating bigger carpet area, which is of utmost importance to any customer. In a precast house, a defined space is left for windows, doors and all fittings such as Electrical, Plumbing, TV and telephone, which are laid before concreting. Everything will be controlled and monitored through computer which ultimately helps in making the structure stronger and better shaped." 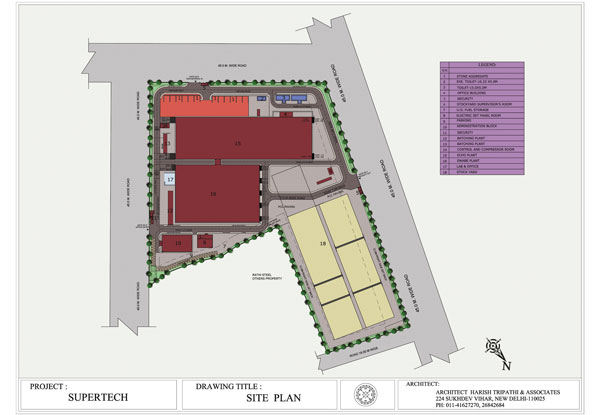 Delving further into the details, he states, "Precast products can be cut to length to suit building designs, ensure speedy erection and therefore reduce construction cost and eliminate the use of expensive frame works and temporary props. Due to these attributes, the demand is shooting up." He anticipates that more developers will set up such plants in the NCR and the entire country. "With such an increasing demand of precast products by massive housing and commercial projects, it is likely that at least 100 precast factories will be set up in India in next 5 to 7 years." 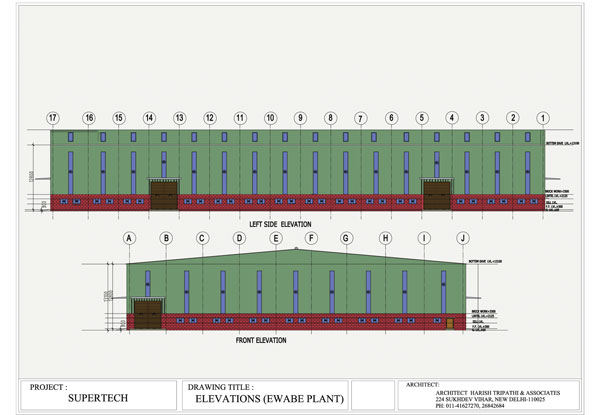 Well, Supertech's precast factory consists of two plants, one for hollow core and the other for precast walls. The other spaces include a huge stockyard and an administrative building for management and marketing. However, designing the factory was quite a challenging task as the plot is spread across a vast 5,82,721 sqm and is also irregular in almost an L-shape. And in-order to shape that perfect edifice, Supertech hired the expertise of Mr. Harish Tripathi, who lends architectural services through his Delhi-based firm, Architect Harish Tripathi & Associates. 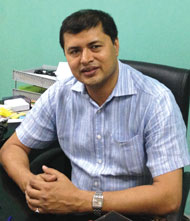 Ar. Harish Tripathi
According to Ar. Harish Tripathi, "Looking at the shape of the site, the plants have been kept parallel to each other and stockyard has been provided on the other side. Ideally the stockyard should be in the line of plants but due to site constraints it had to be positioned on the other way. There are three gates on separate roads. Gate number 1 is for admin purpose, Gate no 2 is for raw materials and Gate number 3 is marked for stock outgoing. The stockyard is designed using boulders below which hard sloping surface is fixed so that it remains dry throughout the year and the open area be immediately utilized after rains." 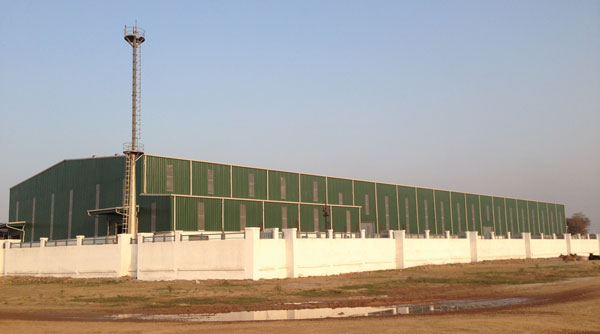 He adds, "According to Echo, the plant suppliers from Germany, the first shed had to be 158 m in length and 49 m wide to accommodate 8 beds in the first phase and 8 beds for future expansion for the casting of hollow core slabs. This structure was required to be in two bays of approximately 24 m width. The height of the structure is 13.7 m and crane of 8.0 tonnes and 16 tonnes are running in both bays at 2 levels. The PEB structure is having 3.6 m masonary walls all around with enough openable windows and precoated sheets above them. For good lighting, translucent panels are provided on the walls as well as ceiling. Natural ventilation is facilitated by fans on the roof and the area of the panels is in such a way that it provides enough light but dissipates less heat. The colour of the sheeting was chosen as dull green which is very soothing to the eyes and merges with the surrounding green."

Talking about the second shed, for the plant that was supplied from Ewabe of Germany, he informs that it was required to have a length of 97.8 m and width of 67 m. "This structure has three bays, with the center bay being 14 m wide and both the side bays of equal width .The height of the structure is 11.67 m, and on both side bays, cranes of 5 mt and 20 tons are in operation. All other characteristics of this plant are same as other plant." 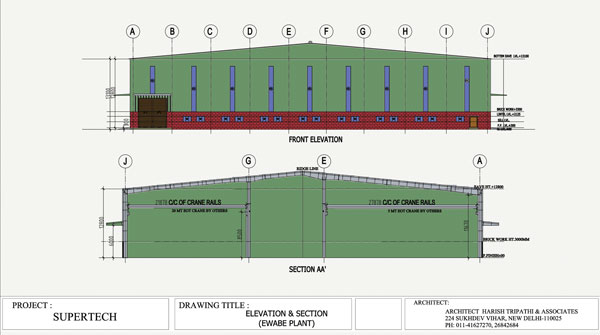 What merits special mention is the fact that the four story administrative building, which has already reached two stories completion in the first phase has been constructed using the precast technology and various components of the building were casted in this plant only. Mr. S.P. Tripathi informs, " This building is exposed to outside as well as inside to show the quality that we can achieve from precast technology."

And since greenness is the hallmark of any 'good' structure nowadays, Supertech's factory scores well at this front too. Mr. Harish Tripathi elucidates, "Various features of green building were utilized in the campus. Apart from water recycling, STP has been provided and extensive provision of rain water harvesting was done. We have ensured that Maximum natural light enters the plant and all the energy conservation methods were adopted in the lighting planning of the campus. The ventilation is also in sync with the modern trends."

Undoubtedly, Supertech's precast factory is worth a visit and that's why Mr. S.P. Tripathi ecstatically says, "This factory is an amalgamation of design ergonomics and we really look forward to cater to the market through it. The credit goes to Mr. Harish Tripathi for understanding our requirement and delivering the best."