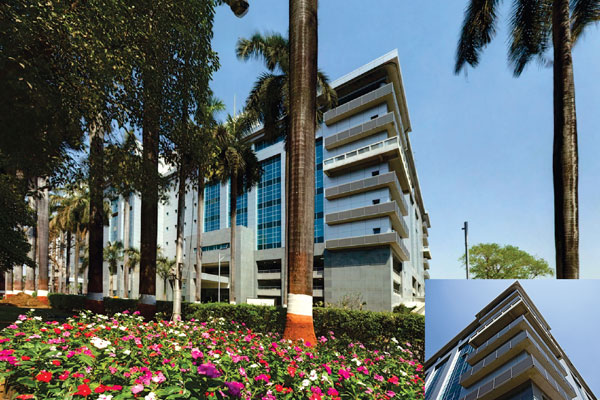 Water is a paradoxical commodity; it seems free and plentiful, yet its supply is under tremendous strain. Use of potable water has more than doubled over the past 50 years, and many fear that we are coming close to a frightening breaking point, a world where chronic water shortages for farmers, businesses and people is the norm. Access to clean water has emerged as a critical issue affecting economic activity, development, and business around the world. Increasing regulatory pressures, climate change, aging and failing infrastructure, growing focus on social responsibility, and concern for environmental are forcing organizations to reassess the impact of water management on their economic wellbeing.

In India, population growth and overall economic development are expected to lead to an increase in water usage across sectors. Available resources are likely to be overexploited with a rise in the consumption of water for irrigation, industrialization and infrastructure growth. Industry bodies are encouraging companies by recognizing their proactive implementation of sustainable water management programs and large Indian companies are investing in multiple water management initiatives across their operations. In a large developing country such as India, the links between water consumption across sectors complicates water management and rapid industrialization and unplanned urban growth is resulting in the generation and discharge of large quantities of wastewater into existing water bodies. This untreated wastewater is leading to increased pollution and depletion of clean water resources.

Godrej & Boyce has achieved 'Zero Discharge', since 2010, for its industrial activities by effectively treating and recycling of industrial effluent generated through various activities. A total of around 15 lakh liters/day of treated waste water is recycled back for use in Process in Pre-Treatment (PT) line after treatment through RO systems, RMC production and Landscaping applications. By making use of recycled and ground water for our cooling applications we have reduced the use of about 3 lakh liters/ day of good potable water which was lost due to evaporation and drift. If this is not enough, we are using recycled water for new constructions as for production of ready mix concrete. The everyday requirement of 2-3 lakh liters/day of water for RMC production at two plants is sufficed by recycled water.

Godrej & Boyce has not only taken various initiatives in our manufacturing units, but also in our residential colonies in Vikhroli. One among the many is the construction of sewage and recycling plant with a distribution network for using it for flushing of toilets in our residential colonies, which reduces about 5 lakh liters/ day of good potable water use. Other very significant initiative which has been taken is the Rainwater Harvesting.

As a part of our on-going efforts, Godrej decided that the Godrej IT Park Project, 02, Godrej Business District which is a part of our Vikhroli Township. The plant recycles 100% of Sewage Water generated from the building by reusing the same for its flushing, gardening and landscaping requirements after adequate level of treatment in a Sewage Treatment and Recycling plant. This project has also received LEED certification for achieving the required green standards.

An overview of the process:

This process also ensures that there is intermittent operation of the process and the entire area of the aeration tank is utilised during settlement stage. This makes sure that all the mixed liquor and suspended solids which are formed during aeration step settles down under quiescent condition during the settling stage, allowing clear treated effluent to pass to the decantation tank during the decantation step. Thus, there is no carryover of the sludge in the treated water and the BOD of the treated water is thereby low and within prescribed limits by the pollution control board. 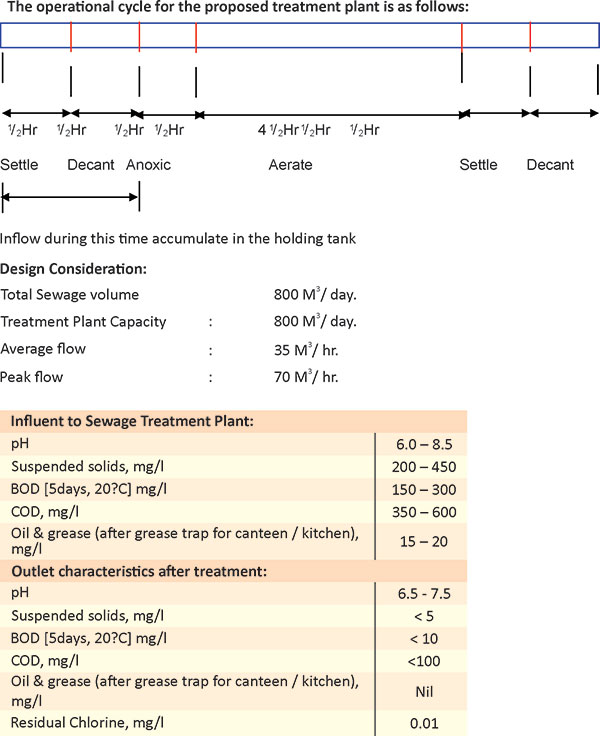 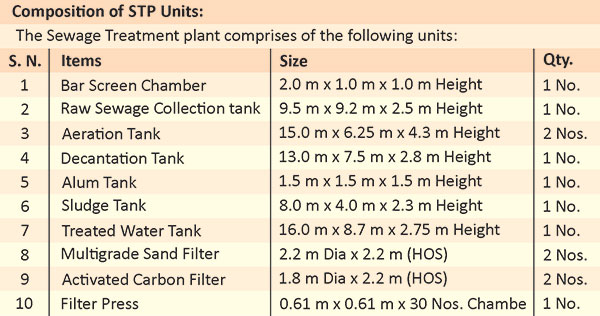 Detailed characteristics and functions of each of the units of the STP: 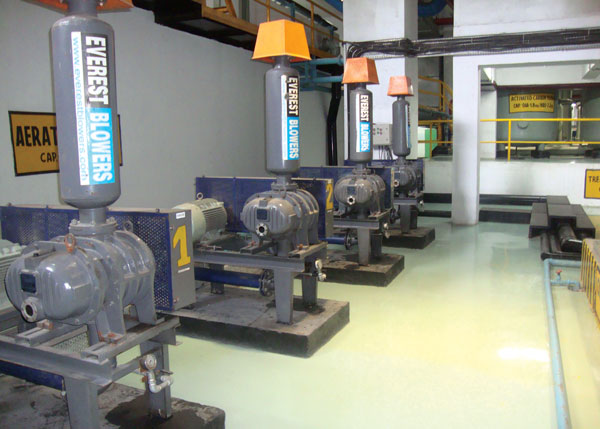 The table below gives details of the water usage and recycling that has been possible after installing the STP at Godrej IT Park:

We at Godrej have turned the threat of water scarcity into an opportunity for discovering and implementing innovative ideas for management of this most critical resource in the most efficient manner. With our in-house experience and expertise we think we are now positioned to offer the benefit of this knowledge aided by our technical knowhow to external entities as well, who are eager to embark on this journey of water efficiency.

To quote Ban Ki-Moon, Secretary General, United Nations, from his speech at The World Economic Forum in 2008, "As the global economy grows, so will its thirst. This is not an issue of rich or poor, north or south. All regions are experiencing the problem of water stress. There is still enough water for all of us… but only so long as we keep it clean, use it more wisely and share it fairly."