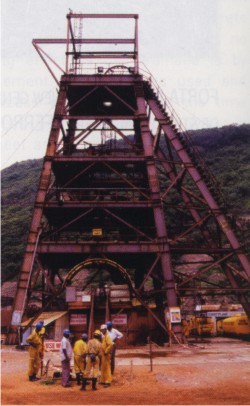 The winning combination of drill rigs and rock tools from Sandvik are being used in the construction of one of the world’s deepest underground liquefied petroleum gas storage cavern, at Vizag in Southern India.

A giant cavern is being blasted 200 m below the ground adjacent to Vizag Port, the only natural deepwater harbor on the South India coastline, for the storage of LPG that will be used domestically and for export.

Work began on this giant project in November 2003. The Engineering Construction and Contracts (ECC) division of Larsen and Toubro Ltd. is building the tunnels and infrastructure at a 13-acre greenfield site at the foot of a small hill named Dolphin’s Nose that juts into the sea at the Port of Vizag. 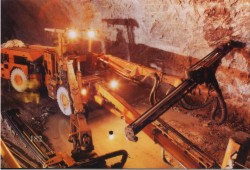 The project is India’s first underground storage facility, and one of the world’s deepest LPG caverns. The design for sub-surface gas storage relies on the principle of water pressure in the surrounding rock being more than the escape pressure of the stored gas, which accounts for the depth of the cavern and the added support of the water curtain gallery.

L & T ECC’s underground package calls for huge quantities of civil work: 1,300,000 m³ of hard rock is being blasted and excavated, the tunnels are being lined with 34,000 m² of shotcreting, and there are 115mt of rock bolting and 175mt of grouting.

L & T Project Manager, MK Garnayak, said that although ECC has carried out several tunnel projects, using adits for access, this is the first project to feature shaft-only entry to carve out a rock cavern at 200 m depth, and also to create the water curtain above it.

The tunnelling work is due to be completed in autumn this year, and meanwhile work is progressing on the infrastructure above ground to allow the SALPG cavern to become operational early in 2007.