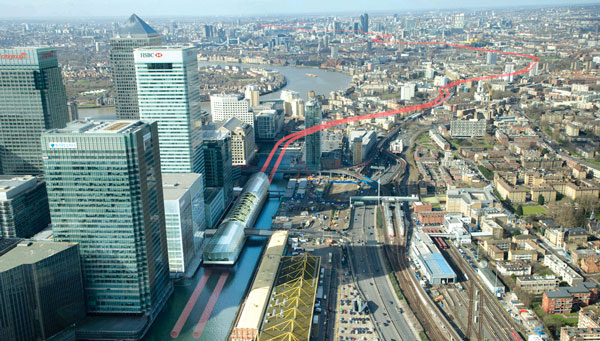 Ar. Apurva Bose Dutta
Urban infrastructure projects are being implemented throughout the world. In this regard Crossrail, Europe's most expensive urban infrastructure project features as an important case study for similar projects throughout the world to give an impetus to the transport infrastructure universally. Cited to give London's transport network a major boost, Crossrail has been an outcome of some extensive research and planning over the past ten years and brings with it eight new stations, 37 connections, a workforce of 14,000, 7,50,000 extra commuters and a £42 billion benefit for UK monetarily. Crossrail is being wholly managed by Crossrail Limited, a private limited company, registered in England & Wales and a wholly owned subsidiary of Transport for London (TfL). 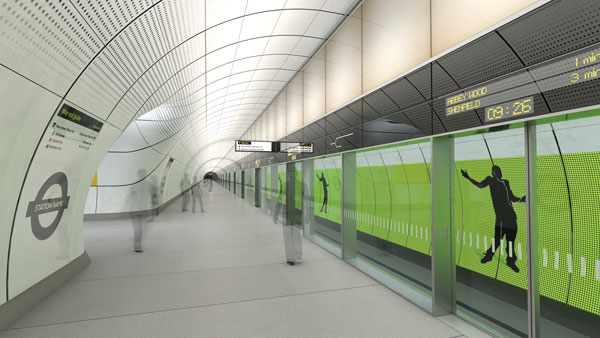 The idea of having a new tube line for London has been 40 years old but the planning and designing commenced in 2002 and construction began in 2009 with the main stations beginning in late 2011 and envisaged to be completed by 2019. For connecting the west and east of London through 21kms of new dual bore tunnels with central London, Crossrail has roped in some of the big names of the design and engineering firms globally, some of them being Foster + Partners, Grimshaw and John McAslan + Partners. While new Crossrail stations are going to be constructed at Central London in Paddington, Bond Street, Tottenham Court Road, Farringdon, Liverpool Street, Whitechapel, Canary Wharf and Custom House, the existing 28 stations on the west and east end are going to be refurbished. The Crossrail Project is jointly sponsored by the Department for Transport (DfT) and Transport for London (TfL). Diverse funding sources amounting to a staggering £14.8 billion include that from the DfT, TfL, City of London and other business groups such as Canary Wharf Group and Berkeley Homes as well as over site developers. Funding from third parties such as Business Improvement Districts is also being sought wherever possible.