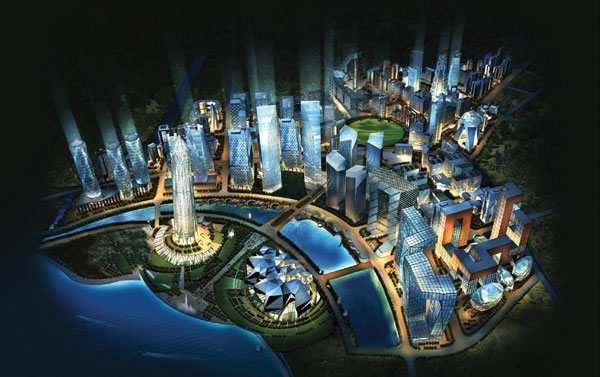 Artistically designed to serve as a paradigm for a classic city in terms of quality of life, infrastructure, ambience and also to be at or above par with globally benchmarked financial centers such as Shinjuku, Tokyo, Lujiazui, Shanghai, La Defense, Paris, London Dockyards etc, GIFT-a financial Central Business District (CBD) being constructed between Ahmedabad and Gandhinagar will act as an oasis in the city once it gets fully completed. Being a Greenfield development project, it intends to serve as a hub for the global financial services sector with state-of-the-art connectivity, infrastructure and transportation access being integrated into the design of the city.

The project is currently well on its way to develop India's first International Financial Services Centre (IFSC) after the inauguration of the state's tallest tower-GIFT One. GIFT Two would be inaugurated shortly. There is a clear interest in moving into GIFT City from various financial institutions because of its infrastructure and cost advantage. Six banks have already shown their interest in setting up base at GIFT.

GIFT contains a necklace of artistically designed 127 high-rises (28 of which will be residential) with their glittering glass facades located on the curve of the Sabarmati River. The building with 100-220 metre height will be constructed in a phased manner and 60% of the total area will comprise green belt.

The city's unique skyline will have the Diamond Tower, located on the Fortune Island. The height of this tower will be around 400 m and will house 80 floors. Ambience and location of the signature building has been designed extraordinarily to stand out in the city fabric. Whereas the Gateway Towers, the other marvellous buildings (each 362 m high) will anchor strategic street inter sections which mark entrances to the city from public arterial streets. The building is a key element creating an identifiable area for the city axis. Besides these, the glowing four Crystal Towers will be one of the most beautiful buildings of the city skyline which contains beautiful terrace gardens to offer a spectacular view of the Dream River, Diamond Tower and the Convention Centre.

Described as the "Guardians of the City", the 54-story Nāga Towers, is designed as a modern Indian architectural interpretation that cherished Indian cultural symbol of the Nāga (snake) and is one of the many towers coming up in India's largest greenfield megaproject. 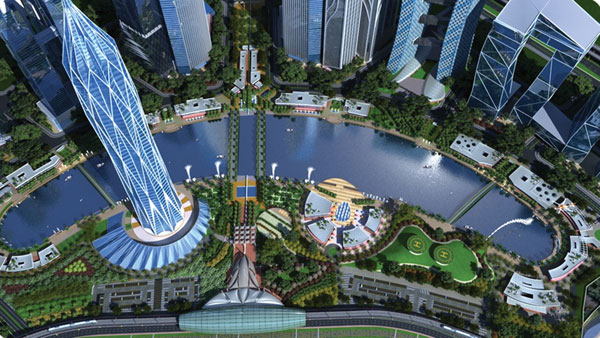 GIFT city has also received go ahead for exhibition centre (double the size of Delhi's Pragati Maidan) at an investment of Rs.500 crore. The centre will have a built up area of 1.4 lakh square metres and house column-less air conditioned exhibition halls, research library, export promotion centres, and amphitheatre. The centre will have unique form where the façade shading louvers, inspired from symbols and patterns used in traditional Indian architecture. Enchanting and organic curves will come out of tall straight vertical lines, metaphorically reflecting a Bodhi tree rising straight from the ground, growing to form a pattern of branches. The magnitude and strength of the towers will be maintained along with the rhythm and sensuousness of the curve to achieve a unique aesthetic effect. Exhibition Centre envisions a vibrant new experience of modernity with traditional idioms. The block will become the cultural hub of the city as it emotes the lifestyle of the community. Exhibition Centre will connote a global expression providing satisfactory sensory experience for both users and visitors that is a hallmark of good design.

In addition to above, the city will also house entertainment area which is designed to fascinate, mesmerise and entertain the visitors. This area will have restaurants, craft bazaars and leisure activities to provide an evening of fun and relaxation in a serene ambience.

The commissioning of the first tower of GIFT city named as GIFT One in January 2013 is the first major milestone towards making GIFT the country's first IFSC. The construction of twenty-nine floor tower with built-up area of 7 lakh square feet started in June 2011 and was completed in a record one and half year's time. Companies who had booked their space in the first tower have begun their operations from April 2013 onwards whereas the second tower named GIFT Two, would commission in August 2013 and will get operational from September 2013. A total investment of around Rs.1000 crore has been made in setting up these two towers. 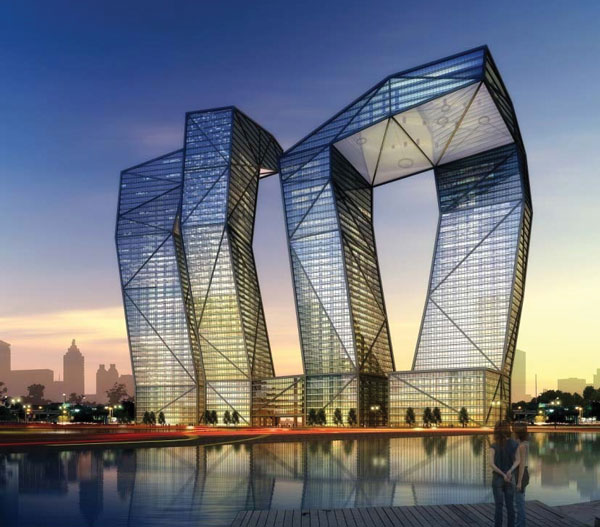 Recognising the potential of the State as a centre for the financial services industry, the Government of Gujarat formulated GIFT to realise this vision and spread it over an area of 886 acres. It is estimated that the overall cost for development of world class infrastructure at this City would be around Rs.10,000 crore. The main goal behind setting up this unique is to create a global Financial Hub in India which is imperative for economic growth and will help bringing more jobs and creating more business in India. An IFSC would help India achieve this objective and at the same time it would put India in the map of Global Financial Hubs.

The GIFT is expected to annually contribute tax revenues of Rs.46 billion to the state government and Rs.70 billion to the centre by 2020. The project's target is to cater to 8-10% of the financial services potential in India and create 1 million direct and indirect jobs by developing 90 million square feet of commercial, residential and social facilities with excellent quality of life. It seeks to become an operations' hub for national financial services, a regional or functional headquarters for the BFSI players and a private banking hub for NRIs and regional high net worth individuals. GIFT is also targeting to become an international microfinance hub as well as global hub for IT and BPO services for the financial services sector. 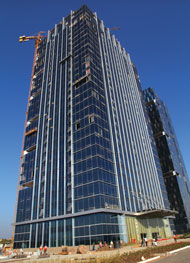 This world-class infrastructure development which is currently being under way will be accessible from NH-8 (Delhi to Mumbai). The road network is being developed in such a way that it will make the city a zero-accident zone. Railway line passes by the site on the west (to Delhi) and east (to Himmatnagar). The distances from Gandhinagar and Ahmedabad Core City are 8 kms and 12 kms respectively. GIFT will be regionally connected with places, which will open doors for further development and prosperity of the city. To achieve the transport vision & objectives, public systems such as Bus Rapid Transit System (BRTS) and Metro Rail System connecting the capital city and Ahmedabad have been planned by Government of Gujarat with strong network of roads. It has been designed with considerations of Transit Oriented Development and high FAR, hence the strong connectivity through various systems has been envisaged to connect it with Ahmedabad and Gandhinagar.

Development work in GIFT City is now on fast track as enquiries have started coming in from various banking and financial services institutions to set up their offshore and onshore activities at GIFT. During Vibrant Gujarat Global Summit 2013, GIFT City signed memorandum of understandings (MoUs) with a consortium of leading technology providers for development of information communication & technology (ICT) in GIFT. The development of GIFT City is being done keeping in mind walk to work concept and this means that apart from commercial facilities, the city will also have residential and social infrastructure.

In August 2012, the project won the most prestigious award in the category of 'Best Industrial Development & Expansion' at the 'Infrastructure Investment Awards - 2012' organized by World Finance Group based in London. It will surely receive many more accolades and recognitions in the time to come.