The 135-km, 11,000 crores Eastern Peripheral Expressway-2 which was inaugurated recently by the Prime Minister, connects towns of UP and Haryana and act as an outer ring road for the capital. It is the country's first greenfield access-controlled six lane arterial developed by NHAI. 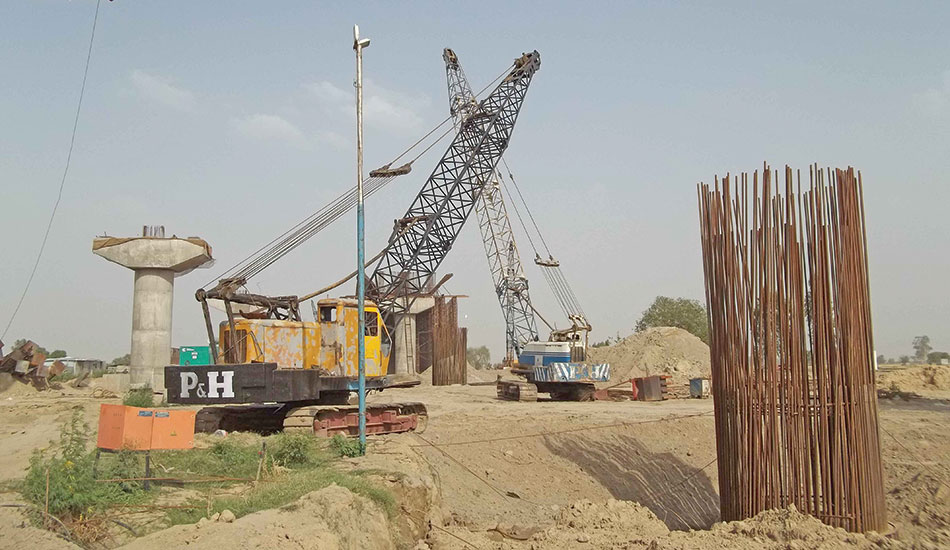 The EPC project, which had been developed under phase-VI of NHAI's National Highway Development Programme, will decongest traffic on Delhi roads and also reduce pollution and accidents. This is because the vehicular traffic moving between Palwal to Kundli in Haryana will not have to enter Delhi, and vehicles can take a detour through Ghaziabad. In fact, over 80,000 trucks that pass-through India's capital every night, will no longer enter the city. 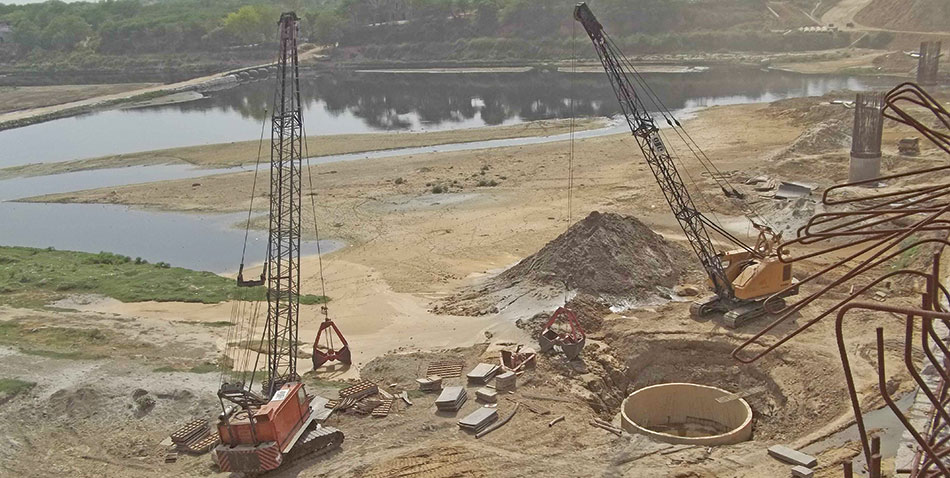 Critical roles were played by cranes in the project with a strong emphasis on safety and quality parameters. This was especially for girder launching. Oriental engaged Delhi-based Bridgecon Infra Consultants for lifting 21 concrete precast sections of 90-120 tons with a girder launcher, for a 600-meter bridge across the Yamuna River. Each span of the bridge measured 60 meters.

The launching girder (and its accessories) was fabricated with the drawings supplied by Bridgecon to Oriental. Any items modified or rectified during assembly was reported for discussion and the final details are furnished to the consultant. A certificate for fabrication and erection as per the drawings was been issued after erection has been completed and inspected jointly by Oriental's and Bridgecon's team.

The 152-meter long girder working on the Yamuna River, was split into 7 close plate girder (box type steel structures) with a depth of 4 meters and width of 2.2 meters. The length of the boxes was kept at 12 meters, taking the total length of the launching girder to 84 meters. The girder's main box structure rested on three supports -the front, middle and rear - during the various stages of operation. 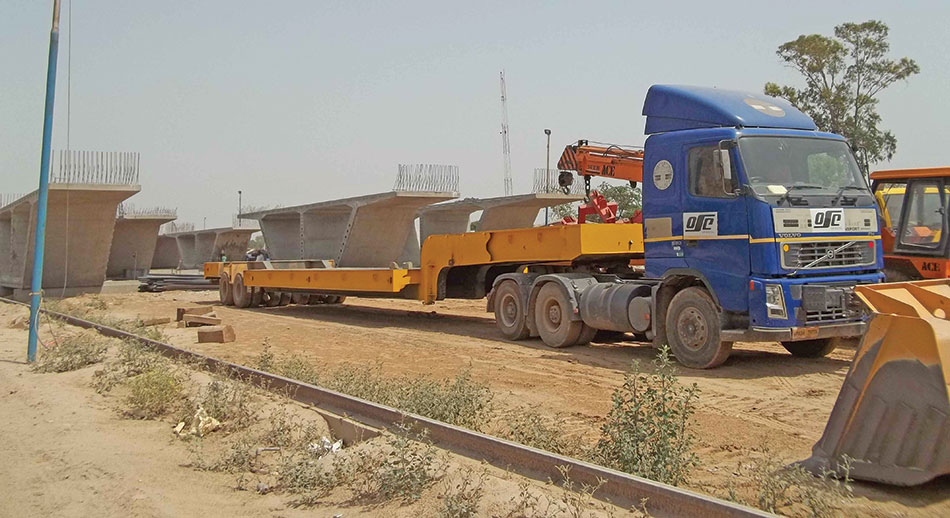 During auto launching, the middle and rear supports were anchored with the erected span/pier cap, and the rear and middle supports with anchor bars stressed to induce an initial tension of 2-5 tons per anchor bar. The supporting jacks of the middle and rear supports were locked using lock nuts provided in the jacks. While releasing the weight of the segment from the Goliath crane on the top of the girder, the weight of the segment was fully transferred to the suspenders hanging from the slider beams.

To achieve a uniform compressive stress of 0.3 mpa across segment joints, temporary pre-stressing bars were provided. Pre-stressing was carried at the exact pressure by hydraulic jacks, strictly in accordance with the consultant's specifications. One 120-ton Goliath crane worked on the girder launcher from API Industries India, was acquired in 2016 by Oriental. There were two 2015 made API, 120, rail mounted gantry cranes worked at Oriental's casting yard, for supplying the concrete girders to the bridge.

Close to 30 crawler cranes with lattice booms and mechanical duty cycle cranes with higher line pull and grab attachments were engaged by the contractors for well sinking jobs for the bridge piers, concrete pouring and for general erection. The cranes included 80-tons Tata Friction Cranes and 20-ton P&H cranes with 16-meter boom configuration.