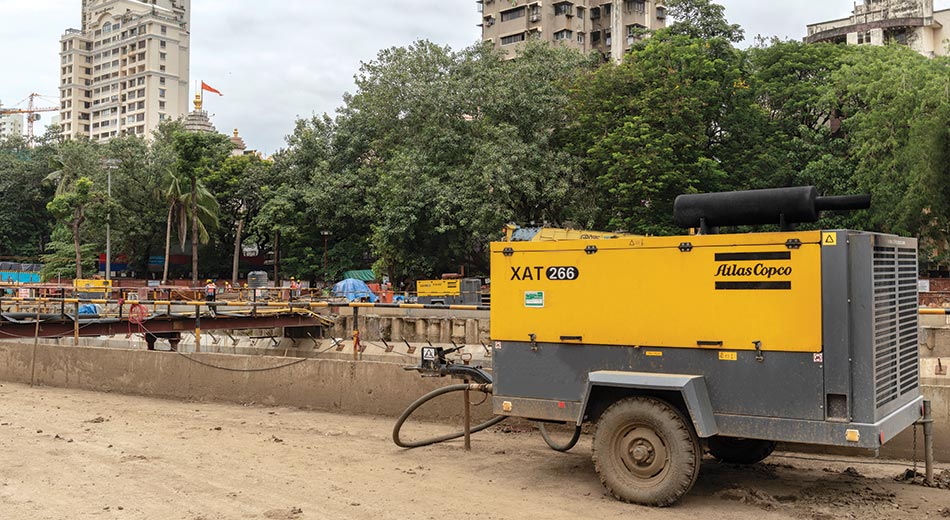 Atlas Copco portable air compressors have been deployed for the first underground metro line in Mumbai, and they are not just under the supervision of Mumbai Metro Rail Corporation Limited (MMRCL) but also under the watchful eyes of Lord Ganesha, as part of the metro line runs in front of the famous Siddhivinayak temple.

Line 3 of the Mumbai metro, also referred to as the Colaba–Bandra-SEEPZ line, is a 33.5 km long line which will connect Cuffe Parade business district in the extreme south of the city to SEEPZ in the north-central, with 26 underground and one at-grade station. The cost of this corridor is estimated at ₹23,136 crore ($3.4 billion).

Line 3 is expected to reduce road traffic congestion, besides reducing load on the Western Line between Bandra and Churchgate. 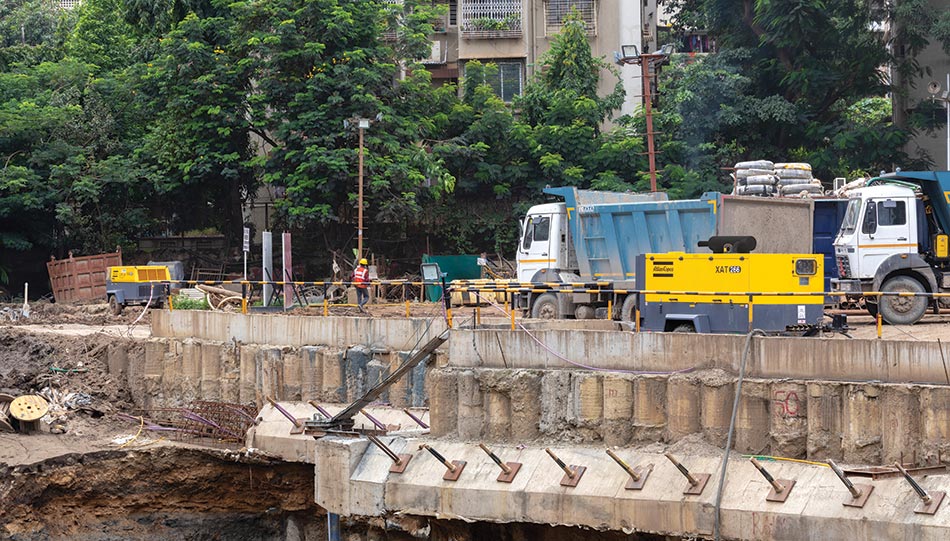 On 20th April 2018, Atlas Copco team contacted Kasturi Projects, a sub-contractor for the Line 3 Siddhivinayak Temple project. They were using a compressor with the capacity of 150 PSI / 450 CFM of another brand. The team requested a visit to the site to understand the exact application of Wet Shotcreting. After observing the live application for almost 5 hours, the team concluded that Atlas Copco XA 316 compressor with a capacity of 100 PSI/650 CFM, would be the ideal model for this application.

In order to gain confidence of the contractor, the team deployed its XA 316 as a demo for one week. The contractor was delighted with the demo and was convinced by the machine’s performance as it gave faster productivity.

XA316 Covers a bigger area of shotcreting work in lesser time as compared to the other brand of compressor. The contractor experienced a lesser rebound due to continuous flow of air at the desired pressure, which resulted in savings of raw material (shotcrete). An order was placed for XA 316 on 21st June 2018 and is running successfully.

The company’s long-standing customer from Delhi, Indigo Infraprojects, in view of their trust and good experience with Atlas Copco’s portable air compressors, has deployed 12 compressors - XAT266 - in many key sites of the Mumbai metro station construction, such as in the city’s domestic and international airports, Cuffe Parade station, and at the Siddhivinayak temple.

Indigo Infraprojects, a specialist in soil stabilization, has been able to achieve deeper drilling depths of 33 meters at faster speeds with Atlas Copco XAT 266 in tough applications such as: Leading the project with its strong fleet of Atlas Copco compressors, the contractor is focused on meeting the deadlines. Atlas Copco will continue to bring in new technologies and more energy efficient solutions for its customers for use in high profile infrastructure projects which will transform the urban map of India.